The Bears play their home games at Soldier Field, and have been doing so since the 2003 season. The fans love the stadium, and have really taken too it as of late. Not only do they love what the venue has to offer in the way of amenities, but the way that they can give their team a home field advantage is also something that they are proud of.

Many great players have suited up for the Bears. Some of the most popular players include Dick Butkus, Bill George, Gale Sayers, Walter Payton, and Brian Piccolo among many others.

As you can see, the Chicago Bears have been playing top level football for many seasons. Chicago Bears tickets are in high demand - fans know that the team is on the brink of something special. Come on out to one of the Chicago Bears games at Soldier Field, or check out the complete Chicago Bears schedule to find out where you can watch them on the road. 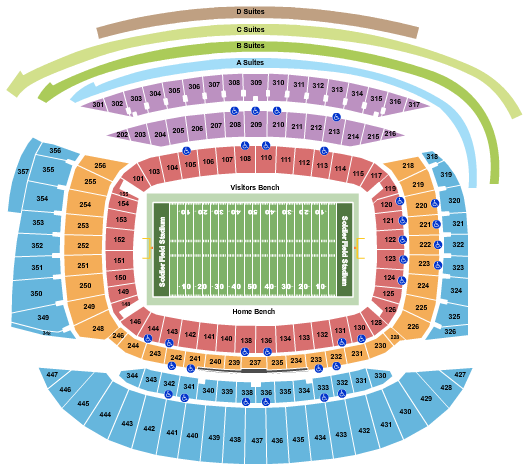