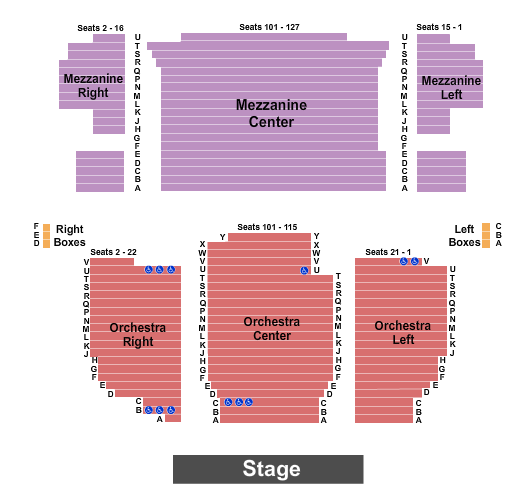 From the time of its construction in 1927 until 1983, the theater at 250 West 52nd Street was known simply as the Alvin. The name was changed to pay tribute to prolific playwright Neil Simon, whose Brighton Beach Memoirs, Biloxi Blues and Jake’s Women all had successful runs at the theater. Lucille Ball’s first Broadway show, Wildcat, was shown here in the ’60s, while Broadway hits like The Music Man, Hairspray and Cats have kept the place buzzing since the 2000s.

For those who drive into the city, the Bright Management parking garage is less than a quarter-mile away at 354 West 52nd Street. The theater is situated between Broadway and 8th Avenue, with the closest subway station being 50th Street. To get there, visitors have the option of taking the C, E, 1 or 9 trains.

There’s no dress code at the Neil Simon Theatre, but guests are advised to wear something that’s appropriate and comfortable—the theater can get chilly during the summer. There’s no coat check, but jackets and bags can be placed under chairs. It’s a good idea to arrive early; latecomers will be held back for the first 20 or so minutes of the show. All ticketholders must be 4 years old or older. As for concessions, refreshments can be purchased at bars in the lower lounge, orchestra and mezzanine lobby, but only water is permitted in the auditorium.

Q: What time do doors open at Neil Simon Theatre?

A: Doors typically open anywhere between 90 minutes to 2 hours prior to showtime at Neil Simon Theatre. Be sure to check the listing on your ticket as showtimes will vary.