Many great players have suited up for the Dolphins in the past, and this is sure to hold true for years to come. Some of the best Dolphins players of all time include Dan Marino, Bob Griese, and Larry Csonka among many others.

The Dolphins select quarterback Tua Tagovailoa with the fifth pick of the 2020 NFL Draft and Dolphins fans should be excited for the young rookie to take the field when his time comes. With his pinpoint accuracy and ability to evade the pocket, the Dolphins are moving in the right direction with the talent of their young players.

All in all, the Miami Dolphins are established as one of the best teams to ever play in the National Football League. With so much to offer, including a competitive team, a great stadium, and beautiful weather, Dolphins tickets are always in high demand. See the complete 2022 Miami Dolphins schedule to buy tickets. 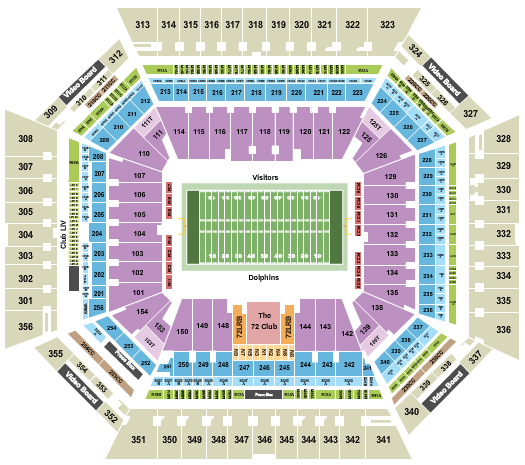