The Saints play their home games at the Caesars Superdome. This venue opened in 1975, and the Saints have been playing there ever since. Fans love the Superdome because of the way it protects them from the outside elements. It doesn't get any better than watching New Orleans Saints games in the climate controlled Caesars Superdome.

The Saints have signed many great players over the years. Some of the best include Archie Manning, Sam Mills, Jim Taylor, Doug Atkins, and Rickey Jackson among many others.

With future NFL Hall-of-Fame quarterback Drew Brees in what looks to be his last season, Sean Payton and the New Orleans Saints will be poised to make a run at the division title and the Super Bowl. 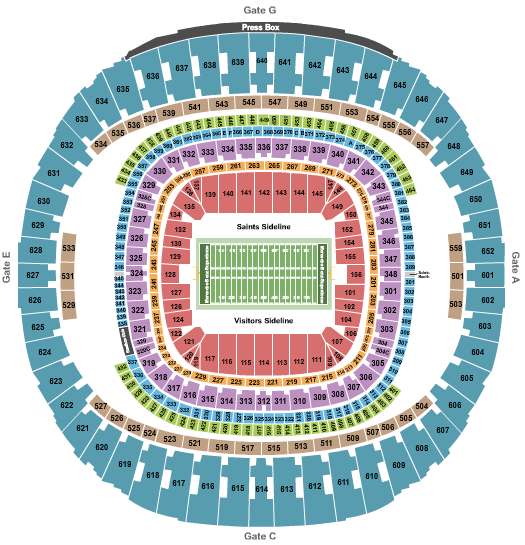