It would be very difficult to go hungry at the Ball Arena. There are 41 different concession stands scattered throughout the center that can satisfy any craving. There are also several different bars and restaurants located either directly in the complex or nearby on the center's grounds. Besides these, numerous other bars and restaurants can be found nearby in downtown Denver.

The Ball Arena is situated right along Speer Boulevard, a main artery in downtown Denver off Interstate 25. The Denver public transportation system also connects to the center from anywhere in the metropolitan area. Parking is available both at the stadium and throughout the surrounding area.

While tailgating is allowed, fans sometimes need to get creative. There are no designated tailgating areas for those who don't drive to the game, and fans are allowed to occupy only the spots they have purchased in advance. Alcohol is also prohibited in all the Toyota parking lots.

Visitors must pass a security checkpoint before entering, and items such as outside food and drink, inflatables, large or offensive signs, hard-sided containers, noisemakers, professional camera and recording equipment, and selfie sticks are prohibited.
Ball Arena - Basketball Row 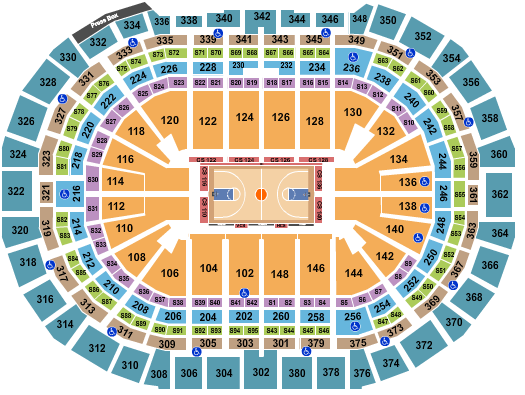 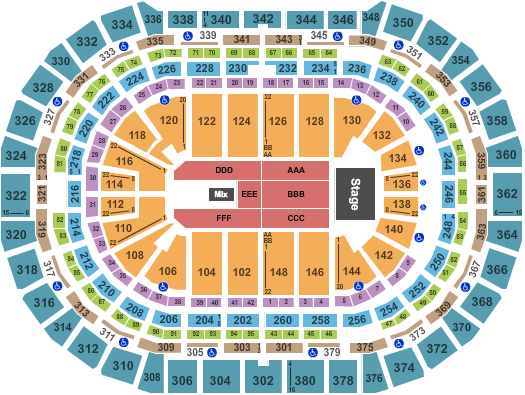 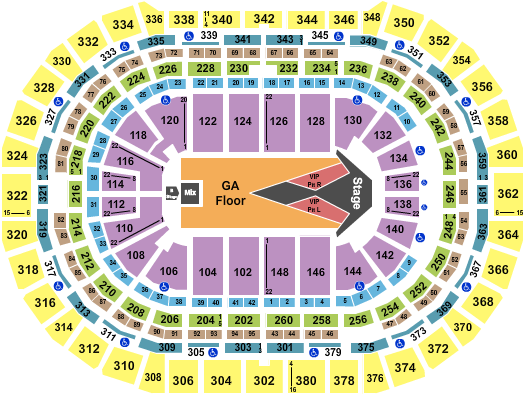 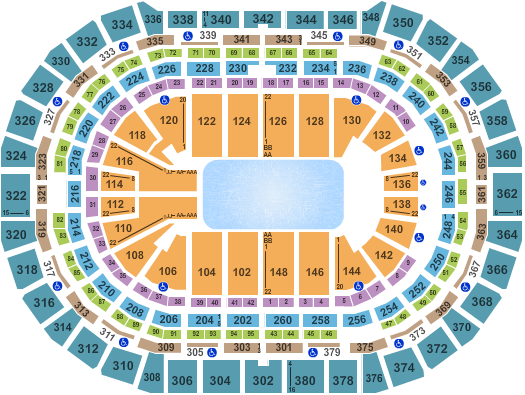 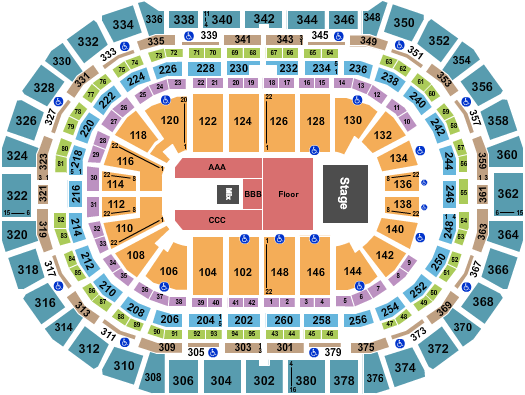 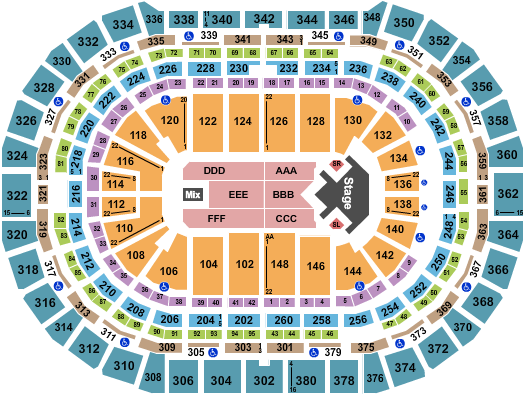 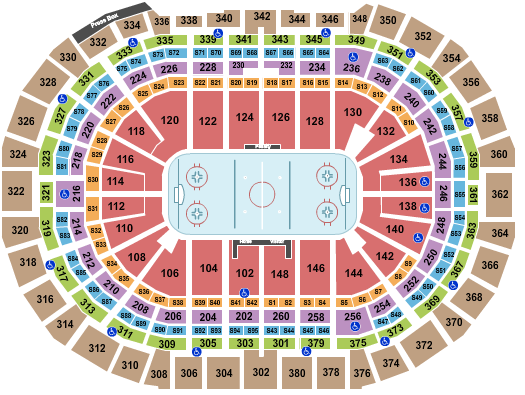 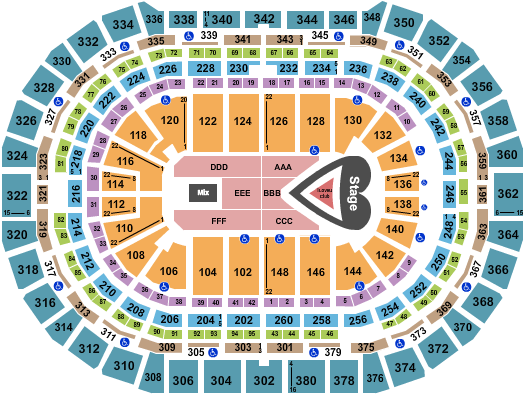 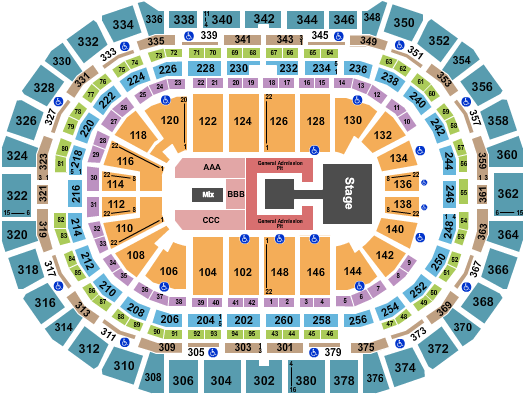 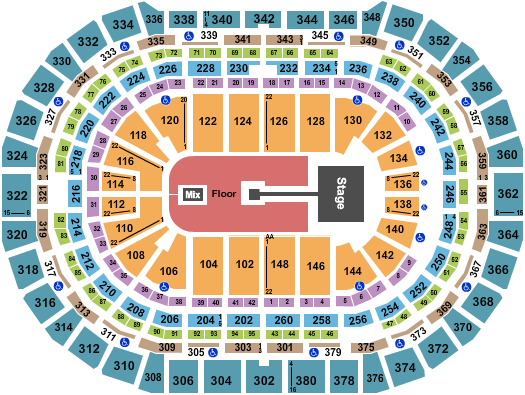 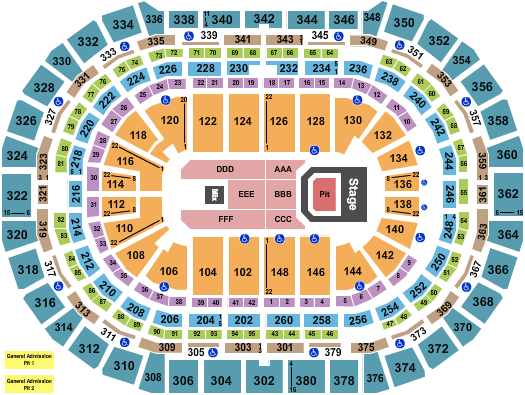 See Ball Arena - Panic! At The Disco 2 events that use this seating chart configuration 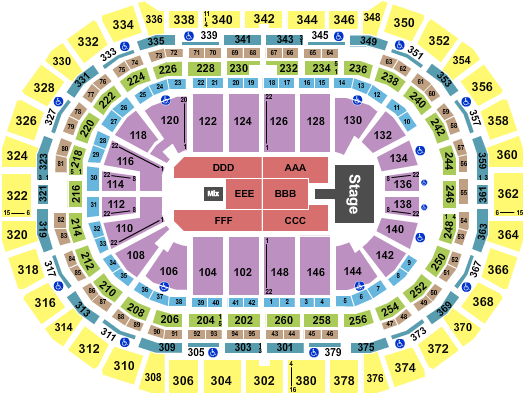 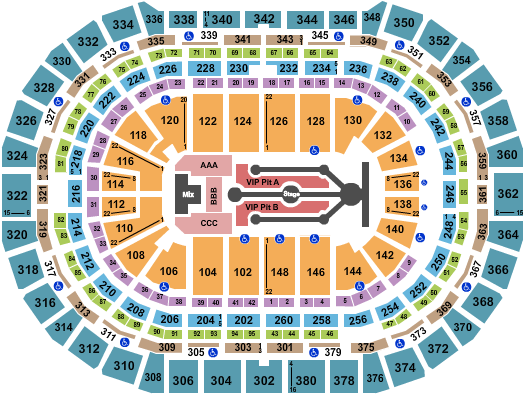 Q: What time do doors open at Ball Arena?

A: Doors typically open anywhere between 90 minutes to 2 hours prior to showtime at Ball Arena. Be sure to check the listing on your ticket as showtimes will vary.


Q: Who plays at Ball Arena?

A: The NBA's Denver Nuggets, and the NHL's Colorado Avalanche are the home teams at the Ball Arena.