Lincoln Financial Field has a seating capacity of 69,054 with 685 wheelchair accessible seats. It has 172 luxurious suites with 3,040 seats, and two club lounges with 10,828 seats. The stadium is known for its wing-like roof structures that provide covering for fans during stormy weather, and also channels the noise back into the stadium. Lincoln Financial Field boasts one of the largest and most sophisticated video boards in the NFL, located at the north and south end zones. The best seats are located in the sections closest to midfield in the lower and club levels, which provide fans the opportunity to see the plays progress from all corners of the field. Lincoln Financial Field parking lots can accommodate 22,000 vehicles. Public and private tours are available all year round except during game days and special events. 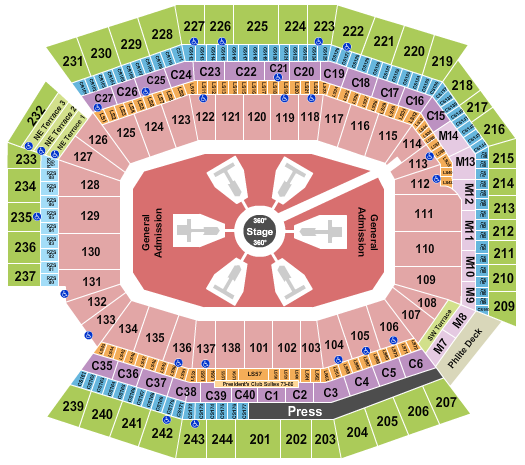 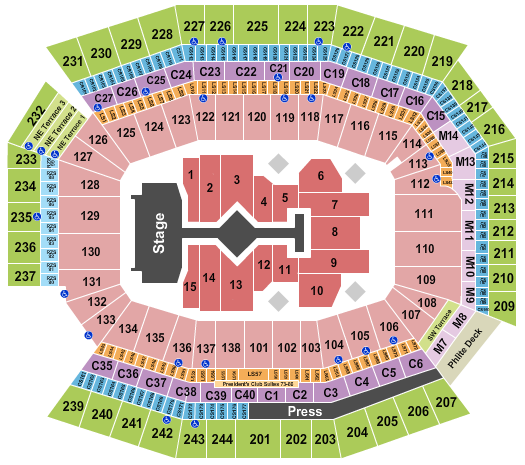 Q: What time do doors open at Lincoln Financial Field?

A: Doors typically open anywhere between 90 minutes to 2 hours prior to showtime at Lincoln Financial Field. Be sure to check the listing on your ticket as showtimes will vary.

A: The Philadelphia Eagles are the home team at the Lincoln Financial Field.


Q: How many seats are at Lincoln Financial Field?


Q: Are there any covered seats at Lincoln Financial Field?


Q: What section is the Eagles tunnel?

A: The Eagles tunnel is under section 107.