Take Me Out to the Ball Game: Special Features At Your Favorite Stadiums 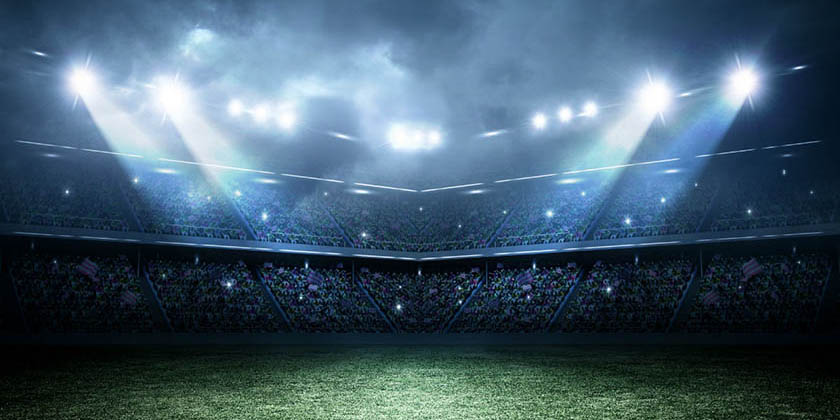 In an age where the competition for the average person’s entertainment dollar is at an all-time high, sometimes have to go the extra mile to bring people out to the ball game. With more at-home options available, stadiums and ballparks have added unique amenities to bring fans out. Here are a few attractions that different NFL stadiums and MLB ballparks around the country have created to catch your eye.

Tropicana Field, St. Petersburg, Florida The home of the Tampa Bay Rays may have one of the most unusual features on this list: the Rays Touch Tank. This 10,000-gallon, 35-foot tank, located over the fence in right center field, has three different species of rays for people to see and touch.

Minute Maid Park, Houston The Houston Astros’ Minute Maid Park has a moving attraction: a replica of a 19th-century train that runs at just under 3 mph along an 800-foot track over the left field wall. This is no small-scale model — the train is 56 feet long and weighs 48,000 pounds.

U.S. Bank Stadium, Minneapolis U.S. Bank Stadium has five of the world’s largest working doors. These doors aren’t like the door you use to leave your house to see the Vikings play, though. They are nearly 100 feet tall and 55 feet wide. Walking through these doors will never be a tight fit.

Yankee Stadium, New York It figures that one of the most historic and successful baseball teams in American history would have plenty to show for that extended period of excellence, and Yankee Stadium’s “Ball Wall” is a truly stunning display. The wall, located inside the New York Yankees Museum, features 870 baseballs autographed by beloved players, broadcasters and managers. In fact, the entire museum is quite a lesson in baseball history, and worth the time for both devoted and casual fans.

Heinz Field, Pittsburgh The home of the Pittsburgh Steelers and the Pittsburgh Panthers brings their title sponsor into the act with two gigantic ketchup-bottle-shaped signs at the top of the scoreboard. When the Steelers score, a stream of electronic “ketchup” pours out of the bottles.

Kauffman Stadium, Kansas City, Missouri The water spectacular at the Kansas City Royals’ ballpark is quite a spectacle. Located behind the fence in right field, this massive fountain, the largest privately funded fountain in the world, stretches across a big part of the Kauffman outfield, with a series of different pools and waterfalls.

Petco Park, San Diego The home of the San Diego Padres is one of the newest parks in Major League Baseball, but the Padres haven’t forgotten their history. They’ve incorporated the Western Metal Supply Company building, a historical landmark that’s more than a century old, into the park, just behind the left field fence.

Comerica Park, Detroit The Detroit Tigers’ home field features kid-friendly attractions — the Comerica Carousel and the Fly Ball Ferris Wheel — conjuring a carnival-like atmosphere right in the middle of the park. And if that’s not enough, a fountain displays liquid fireworks that are synced up to lights and music to celebrate the Tigers’ home runs.

Safeco Field, Seattle The home of the Seattle Mariners has one of the more expansive attractions at their field: the Baseball Museum of the Pacific Northwest, which is located on Safeco Field’s main concourse. You can also view public and private baseball-related artwork all around the park and in the facility’s parking garage.

For a look at the future of stadiums and the technology being utilized, check out our post here.
Tickets By Category