Update 3/20/2020: Lynyrd Skynyrd have shared rescheduled dates for their "Last of the Street Survivors Farewell Tour," coming to stages nationwide this fall. The new dates kick off August 14 with a show in Fresno, CA and will include shows in Tupelo, Providence, Allentown, and Madison before wrapping up October 24 with a performance in Cape Girardeau, MO. Check out a full list of dates and stops below!

Where are Lynyrd Skynyrd playing near me?

Jul. 31 – Indianapolis, IN @ The Amphitheater at White River State Park

Original Article: Lynyrd Skynyrd have revealed dates for the third leg of their “Last of the Street Survivors Farewell Tour,” coming to stages nationwide starting early next spring.

The final trek kicks off March 7 in Savannah, GA and will travel to cities including Fresno, Tupelo, Madison, and Knoxville before wrapping up with a final performance in Pikeville, KY on May 8.

Skynyrd will go on to play previously announced one-off shows in Forest City, IA and Indianapolis, IN in June and July before heading to their home state of Florida for their Lynyrd Skynyrd & Frynds Simple Man Jam: A Family Reunion festival in Orlando, August 20-24.

The band will receive support from Travis Tritt and the Eli Young Band on select dates throughout the tour.

Who are Lynyrd Skynyrd?

Southern rock outfit Lynyrd Skynyrd emerged from Jacksonville, FL in the mid-1960s. The band, originally known as My Backyard, spent five years touring small venues under a variety of different monikers and enduring several lineup changes before finally settling on official members and the name Lynyrd Skynyrd in 1969. They released their debut album a few years later in 1973, becoming a commercial success on the strength of hit singles like “Gimme Three Steps,” “Simple Man,” “Tuesday’s Gone,” and “Free Bird,” the latter of which launched them to national stardom.

In 1977, the band was struck with unimaginable tragedy when three of its members, including founding members Ronnie Van Zant and Steve Gaines along with his sister, backup singer Cassie Gaines, were killed in in airplane crash. Skynyrd reformed ten years later for a reunion tour, with Ronnie’s brother Johnny Van Zant taking his place as the lead vocalist. The band continues to tour with Johnny as their frontman to this day, along with co-founder Gary Rossington (the band’s sole continuous member), and Rickey Medlocke, who first wrote and recorded with Skynyrd in 1971. Lynyrd Skynyrd has sold more than 28 million records in the US. They have been Rock and Roll Hall of Fame inductees since 2006. 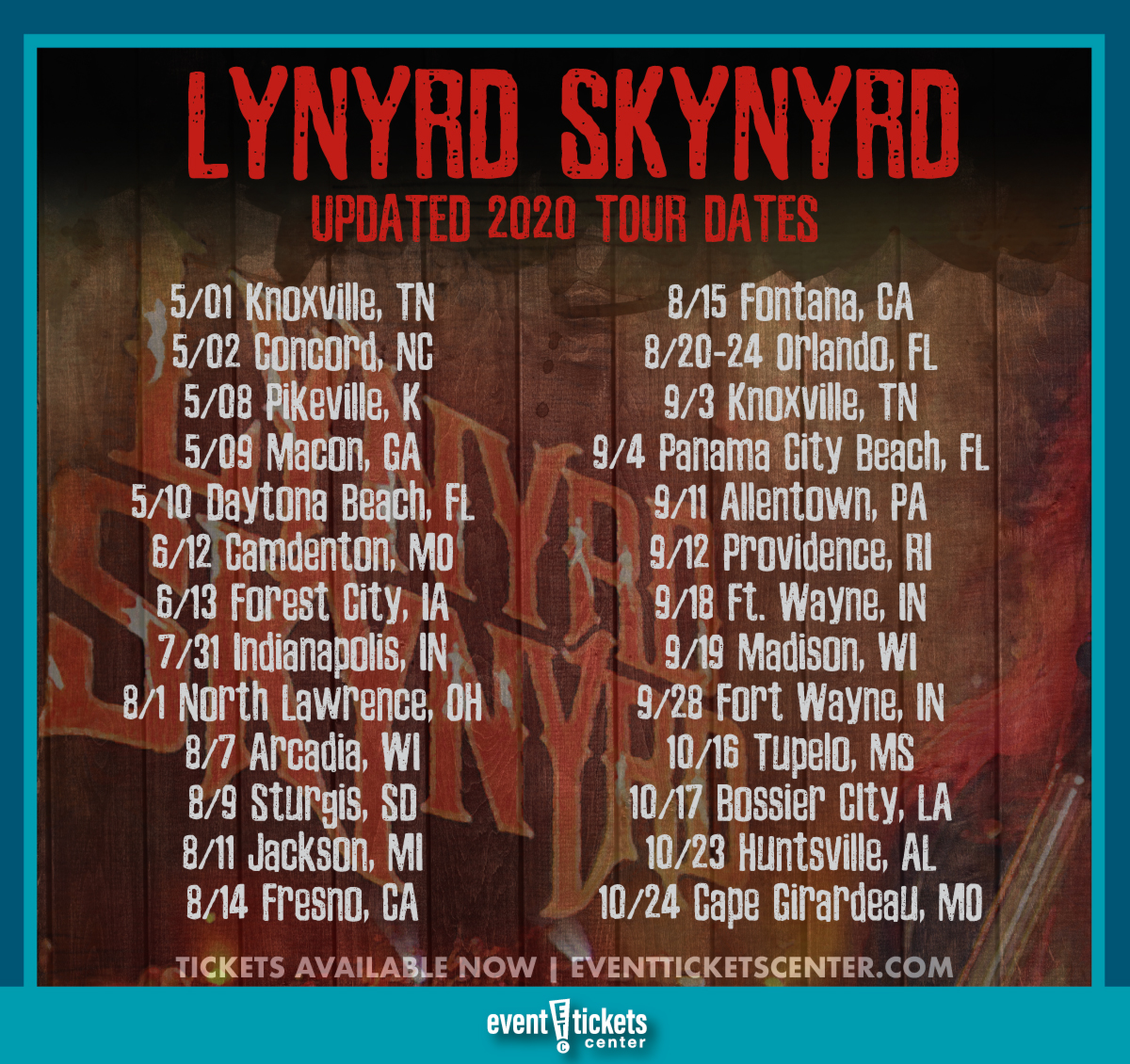