Update 3/25/2020: Brooks & Dunn have shared rescheduled dates on their Brooks & Dunn Reboot 2020 Tour, with dates now set to run through late October. Check out a full list of updated dates and stops below, and be sure to secure your tickets if you haven't gotten them already!

Where are Brooks & Dunn playing near me?

Original Article: Brooks & Dunn are back! The country duo has confirmed they’ll be hitting the road for the first time in 10 years on their Brooks & Dunn Reboot 2020 Tour, coming to stages nationwide this summer!

The 18-date trek kicks off May 15 in St. Louis, MO and will travel to cities including Tampa, Dallas, Cincinnati, and Charlotte before wrapping up with a final performance in Chicago, IL on September 19.

“So much for 'we quit,' huh?” Ronnie Dunn said in a statement. "That horse that we were afraid of riding into the ground apparently didn't share our sentiment…he gotta fire in his belly raring to go another round or two. I like the ring of it...'Brooks & Dunn ride again!’”

“The memories of playing live are what have kept the fire burning for us,” Kix Brooks added. “Performers who have had the kind of nights like we’ve had with our fans, can never really let that go. Live is where we’re most at home, and it's gonna feel good to be back in the saddle."

Who are Brooks & Dunn?

American country music duo Brooks & Dunn emerged in the early 1990s, formed by vocalists and songwriters Kix Brooks and Ronnie Dunn. Prior to joining forces, both artists were solo recording artists, with each charting two solo singles in the 1980s. Together, they have released 12 studio albums, charting 20 number one singles on the Hot Country Songs charts including 1992’s “Boot Scootin’ Boogie,” noted for re-popularizing line dancing in the US, and the crossover mega-hit, “Ain’t Nothing ‘bout You.”

Brooks & Dunn have earned several prestigious awards over the course of their career, including the CMA for Vocal Duo of the Year every year between 1992 and 2006 except for 2000. The duo’s sound is known for its honky-tonk influences with elements of mainstream country and rock. In 2009, Brooks & Dunn announced their retirement, performing their final concert in September 2010 at Nashville’s Bridgestone Arena. Both artists went on to pursue solo careers in the years that followed before reuniting alongside Reba McEntire for a Las Vegas residency in 2015. Brooks & Dunn have been Country Music Hall of Fame inductees since 2019. 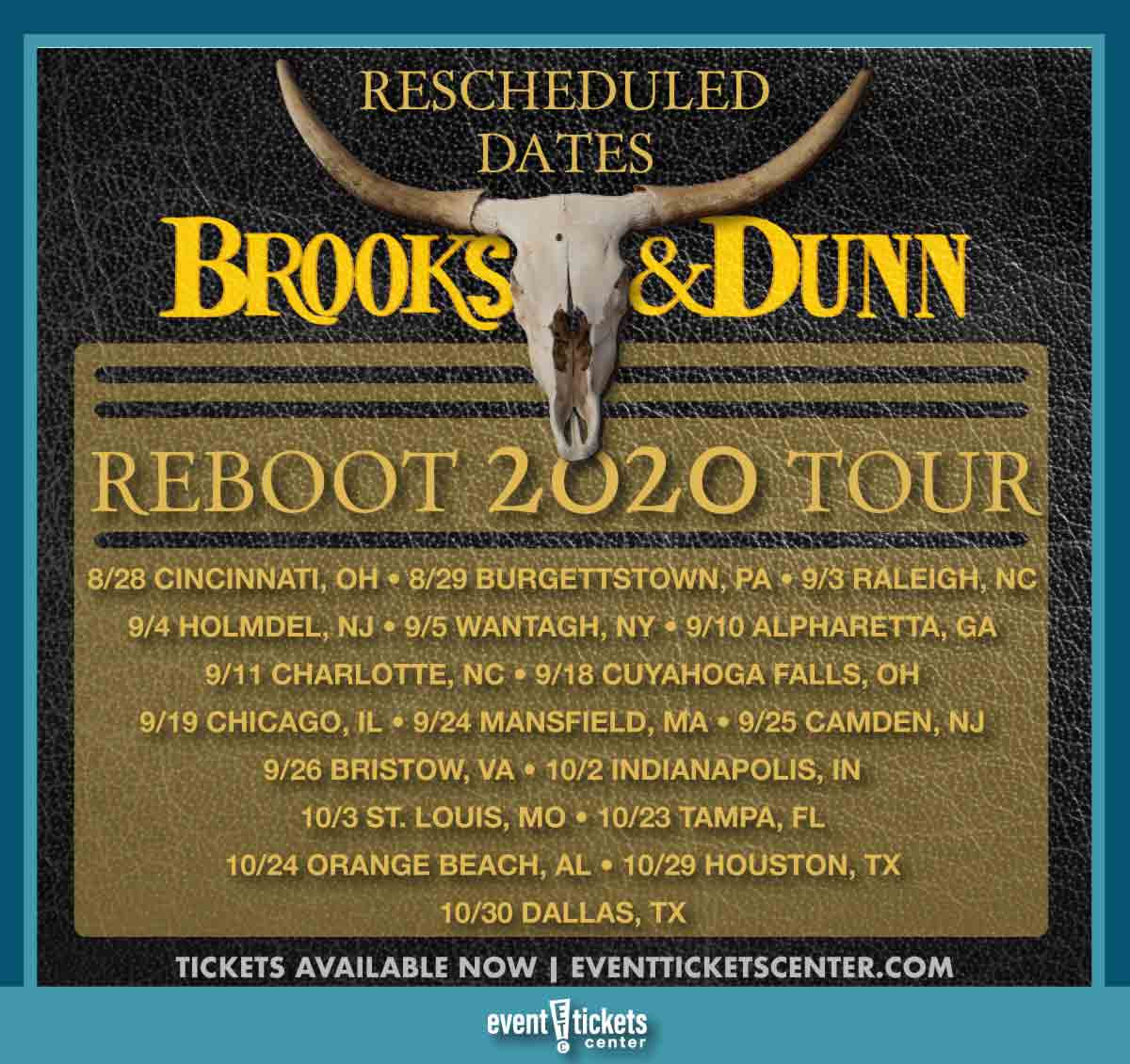