The Garden has a capacity of 19,812 for basketball games and 18,006 for hockey, with six different levels in total. Many accessibility options are offered by the venue, but seating is limited to specific sections.

Many artists have praised the acoustics and the sound system within the Garden as being one of the best in the country. The scoreboard that hangs over center ice is made up of four 15.7' x 28' HD video screens.

Due to its location in Manhattan, the venue does not have any parking designated nearby. While parking is limited, the Garden sits on top of Penn Station and can be accessed not only via the New York Subway system, but also through metro-area rail networks.

Several bars and restaurants are located both throughout the venue and in the surrounding Midtown area. You can find concession stands and free Wi-Fi on every level.

Before you can enter the venue, you'll have to pass a security checkpoint. The following items are prohibited: outside food and drink, professional video or audio recording equipment, anything that inappropriately restricts the view of other patrons, selfie sticks and large bags. 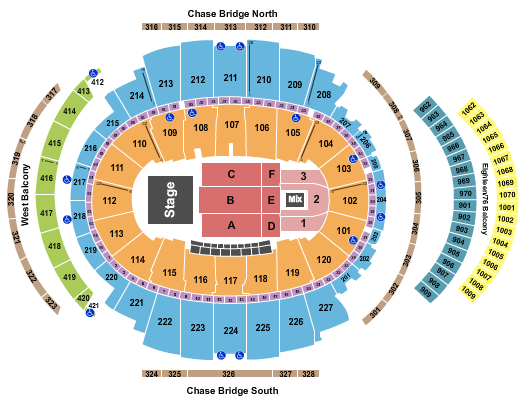 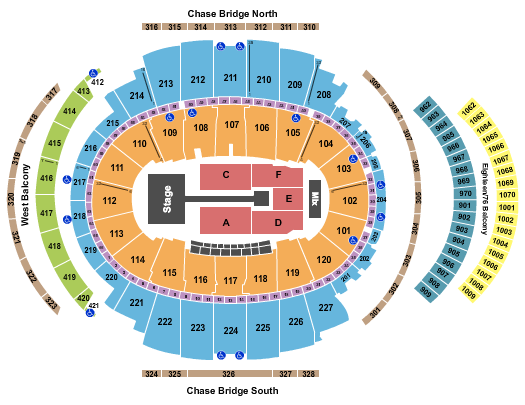 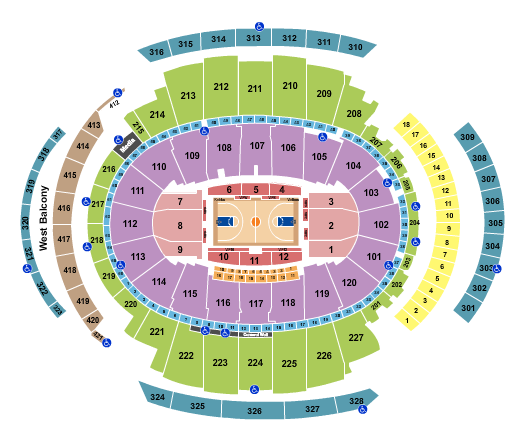 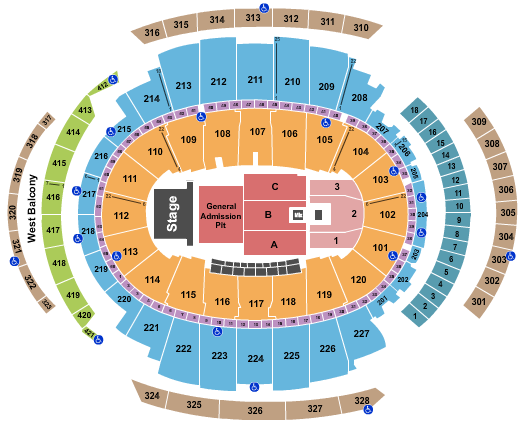 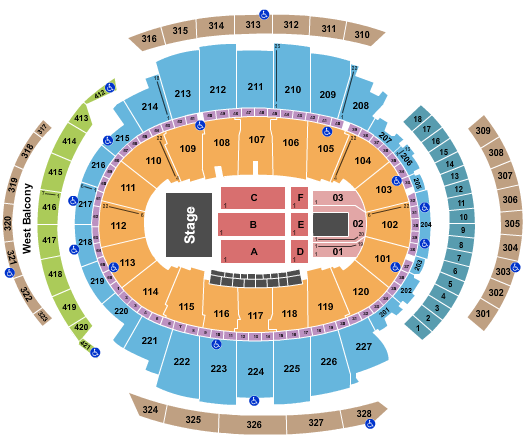 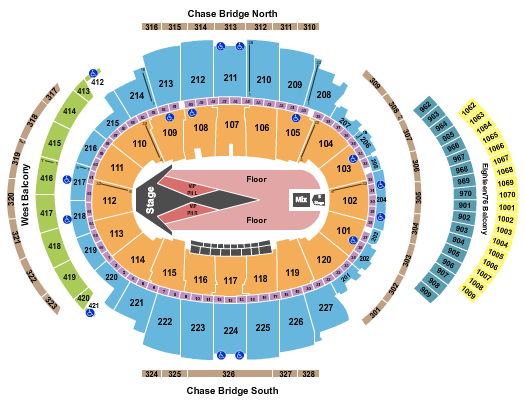 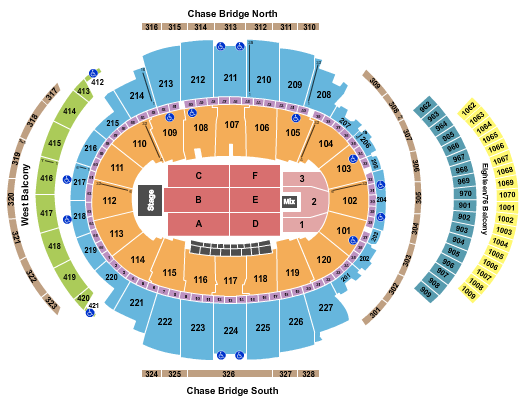 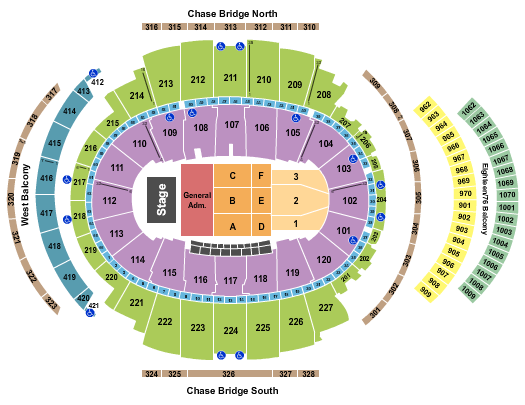 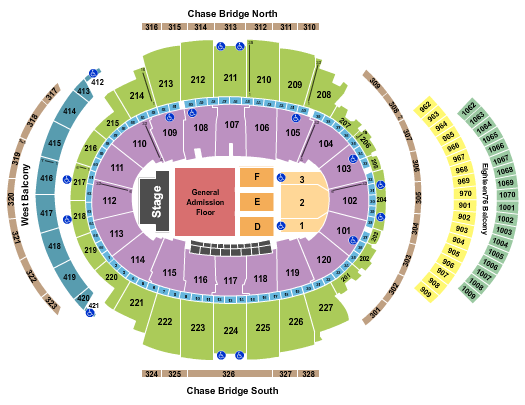 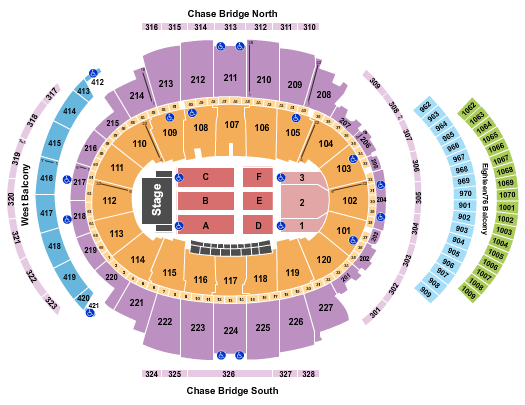 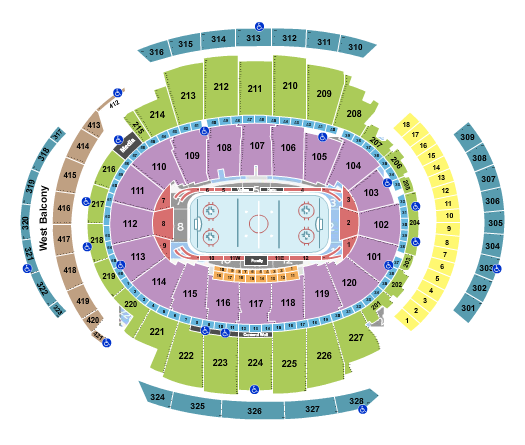 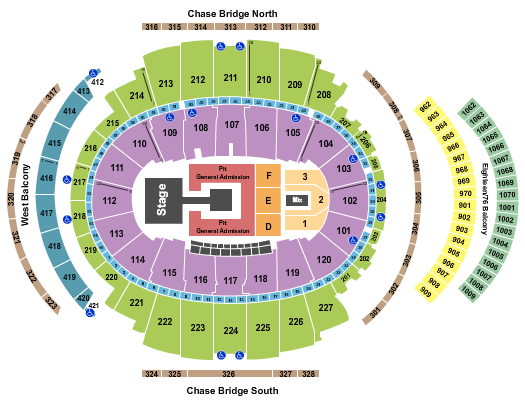 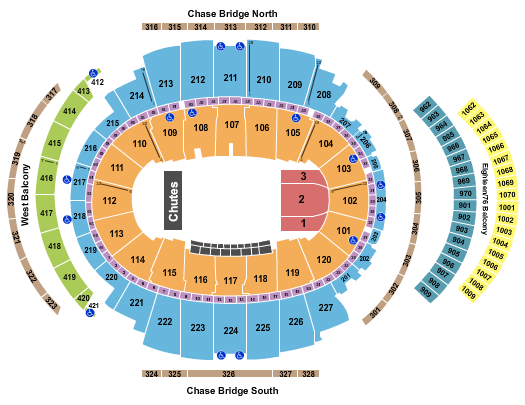 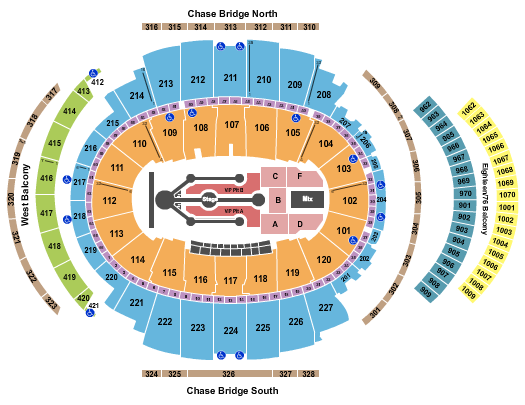 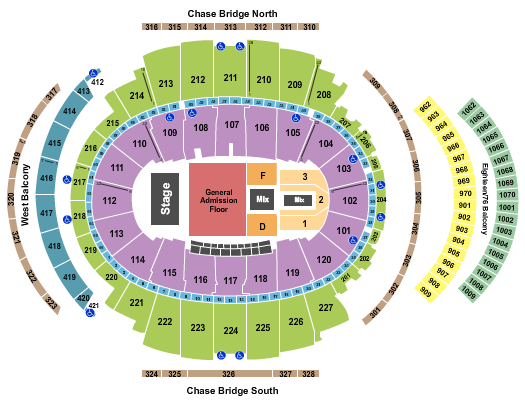 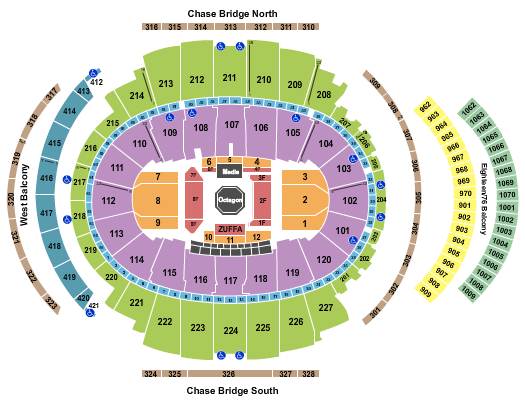 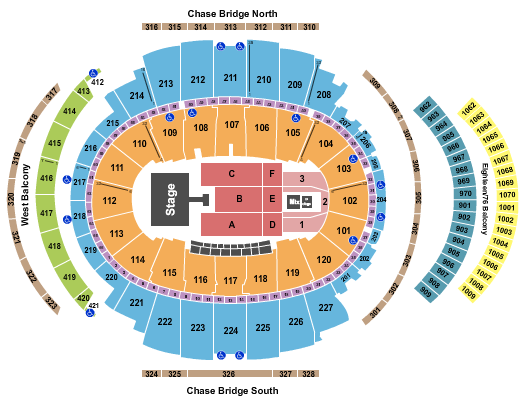 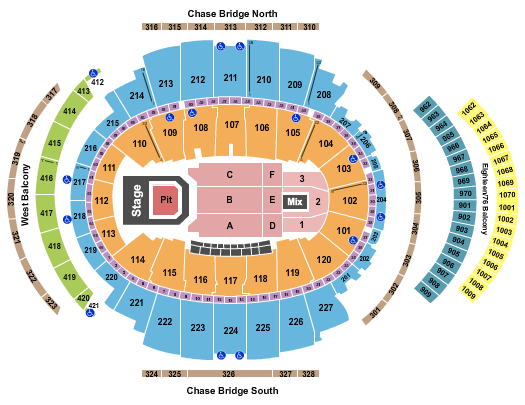 Q: What time do doors open at Madison Square Garden?

A: Doors typically open anywhere between 90 minutes to 2 hours prior to showtime at Madison Square Garden. Be sure to check the listing on your ticket as showtimes will vary.

A: The NHL's New York Islanders and NBA's New York Knicks are the home teams at the Madison Square Garden.

A: When looking at seating charts for sports events, seats are arranged so that the lower numbered seats within a section are located closer to the preceding section. For example; if a venue shows three sections (A, B, and C), seat #1 in section B will be located next to section A. As the seat numbers progress within section B, they move closer to section C. Madison Square Garden, a venue designed to host sports games, may be set up in a similar fashion. While concerts and other events held at Madison Square Garden may not follow this layout, most sports events happening at Madison Square Garden will follow this configuration. Concert seating is typically laid out so that the higher the seat number, the further you are from the stage/performance area. If you’re seeing a concert at Madison Square Garden, it’s likely that the seats closest to the stage will have low seat numbers and low section numbers.


Q: Where is the New York Rangers Sideline at Madison Square Garden?


Q: Where is the New York Knicks Sideline at Madison Square Garden?


Q: Where is the St. John's Red Storm Sideline at Madison Square Garden?


Q: How many seats are in a row at Madison Square Garden?

A: The number of seats in a row at Madison Square Garden varies from section to section and row to row and can numbered from 1 to 30 seats.


Q: What is the Chase lounge at MSG?

A: The Chase Lounge at MSG is a private lounge dedicated to Chase customers. Guest have access to complimentary food and non-alcoholic beverages.


Q: What is Chase Bridges at MSG?


Q: What are club seats at MSG?

A: The Club Blue at MSG is located in sections 7-9 with access to premium food and beverage, in-seat wait service and access to the Club Bar and Grill.


Q: Where are the barstool seats at MSG?