Stand-up comedy’s Brian Regan has announced more dates for his non-stop theater tour, bringing the comedian to cities across the US in 2019!

Regan will kick off the 29-date tour on January 10 with a show in Wenatchee, WA before heading out across the nation, making stops in cities like Tulsa, Austin, Tucson, Washington DC, San Francisco, and Philadelphia. A final performance in Westbury, NY will wrap things up on May 11.

Regan visits close to 100 cities across the nation each year, selling out some of the most notorious venues in North America. And if his schedule wasn’t already packed enough, the comedian will also be reprising his role of Mugsy in the second season of Peter Farrelly’s TV series Loudermilk. Regan received rave reviews from critics, earning accolades for his portrayal of a recovering addict who is estranged from his family.

Season two of Loudermilk premiers on October 16 on The Audience Network.

Who Is Brian Regan?

Considered by fellow comedians, fans and critics alike as one of the best stand-ups in the nation, comedian Brian Regan has been bringing laughter to audiences across the nation for nearly four decades. Known for his clean and off-center humor, his performances refrain from profanity and off-color humor, covering material relating to everyday life events. His clean style has been praised by critics and appeals to fans of all ages. Regan is a regular guest on The Tonight Show Starring Jimmy Fallon. A rare occurrence on the show, he is often invited to join for two segments; a performance followed by time on the couch to chat with Jimmy. He has also appeared as a guest on Jerry Seinfeld's Comedians in Cars Getting Coffee, The Late Show With David Letterman, and made a scene-stealing cameo in Chris Rock’s film Top Five. Regan’s very first Netflix special, Brian Regan: Nunchucks and Flamethrowers (2017) is currently streaming. 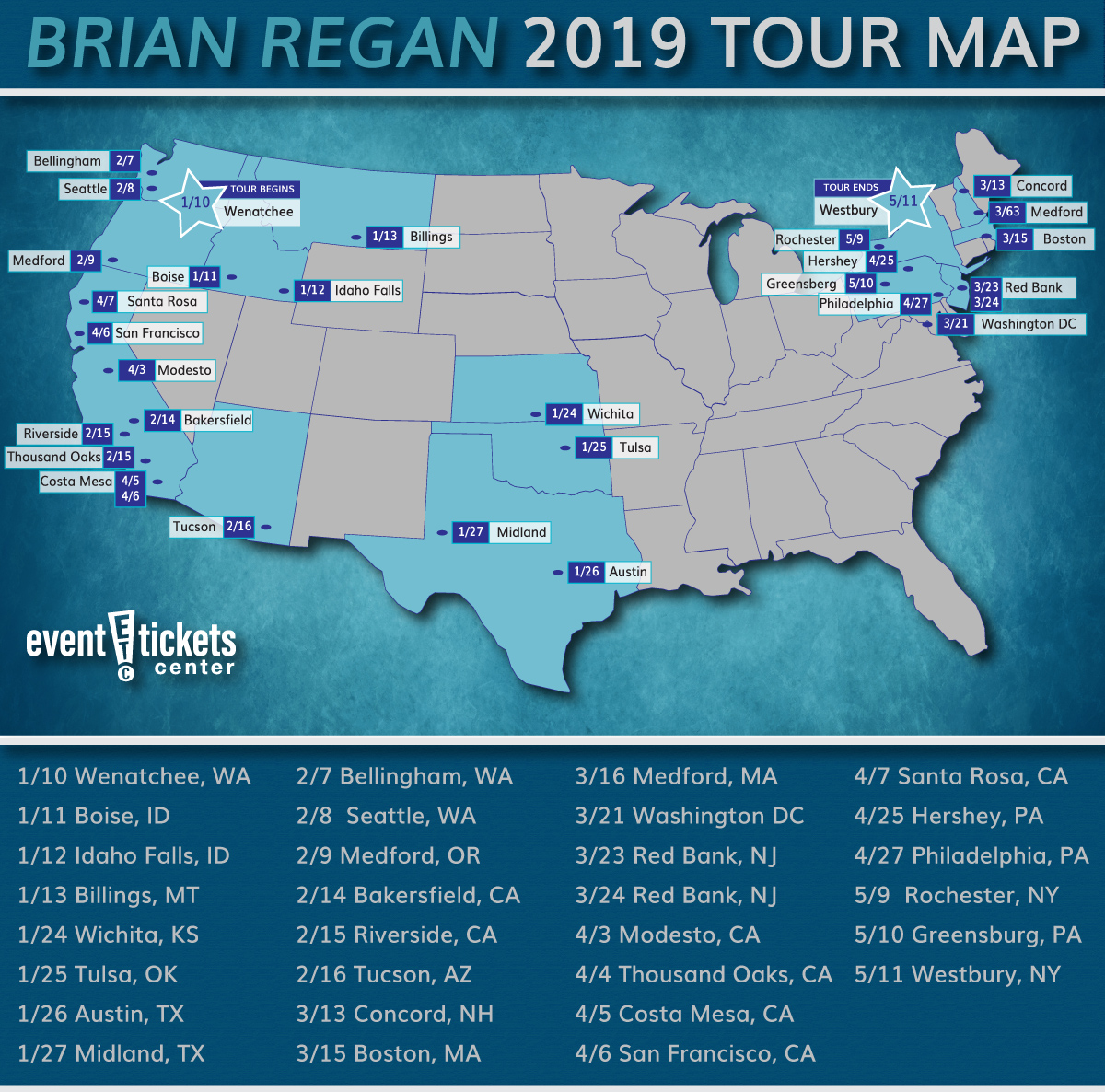 Where is Brian Regan performing near me?