The 29–date run kicks off July 23 in Boise, ID and will travel to cities including Morrison, Chicago, Boston, and Jacksonville before wrapping up with a final performance in Los Angeles, CA on September 5.

Support for the newly announced dates will be provided by fellow rockers Lifehouse and Forest Blakk.

Original Article: The Goo Goo Dolls are coming to a stage near you! The rockers have announced a 21–city headlining tour in support of their upcoming album kicking off this fall.

The 2019 Miracle Pill Tour gets underway October 25 in Austin, TX and will see the band hit stages in cities including Tulsa, Des Moines, Louisville, and Charleston. A final performance in Columbus, OH will wrap things up stateside before they head north of the border for one last show in Toronto on November 25.

The newly announced fall dates follow the group’s joint headlining tour with Train, which comes to a close on August 17.

Goo Goo Dolls’ fall headlining tour will be in support of their 12th studio album Miracle Pill, due out on September 13.

Aug. 6 – Indianapolis, IN – The Amphitheater At White River State Park

Who are the Goo Goo Dolls?

The Goo Goo Dolls formed in Buffalo, NY in the late 1980s, rising to fame after the release of their breakthrough album A Boy Named Goo in 1995. Dizzy Up the Girl followed in 1998, bringing with it a handful of hit tracks including “Slide” and “Iris,” the latter of which stayed atop the Billboard Hot 100 for a record–breaking 18 weeks with four weeks at number one. Later that year, the track earned three Grammy nominations. The Goo Goo Dolls success continued with subsequent releases Gutterflower (2002, “Better Days” and “Give A Little Bit”), Let Love In (2006, “Stay With You”), and Something For the Rest of Us (2010). They have had 19 top ten singles on various charts and have sold over 12 million albums worldwide. 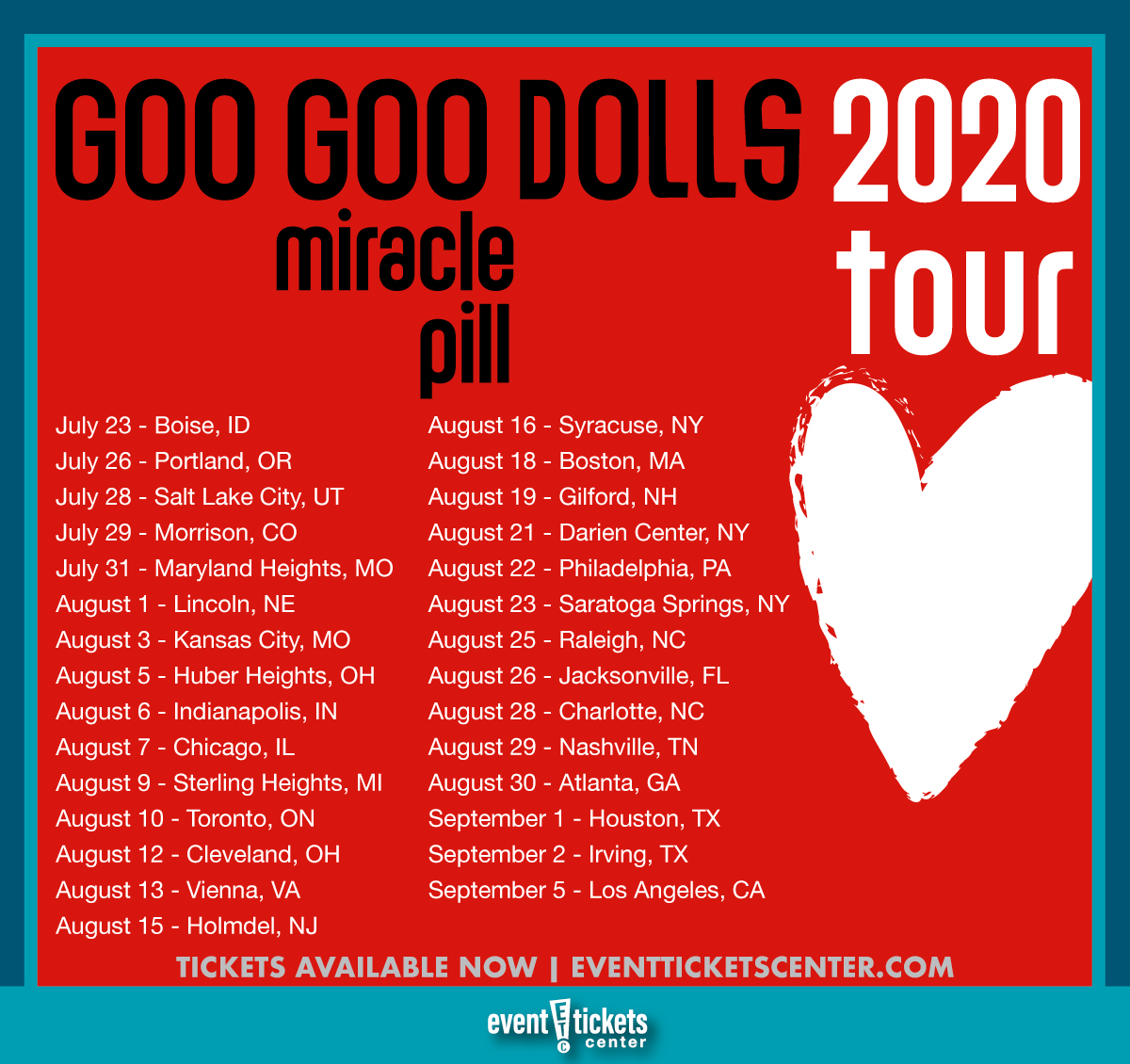