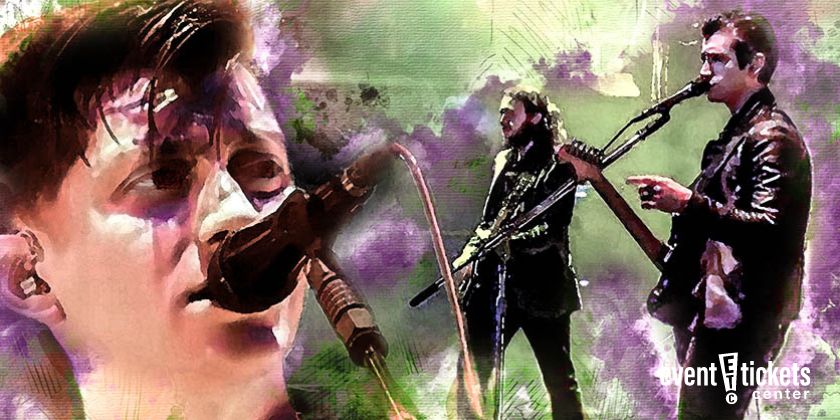 Arctic Monkeys have announced plans for a North American trek in support of their upcoming album, The Car.

The 22-date run gets underway on August 25 in Minneapolis, MN. Stops in Boston, Nashville, Austin, and Seattle are scheduled throughout the tour, with a final performance at Inglewood, CA's Kia Forum set to wrap things up on September 29.

Fontaines D.C. will serve as support on select dates.

The Car marks Arctic Monkeys' seventh studio album and their first release since 2018's Tranquility Base Hotel & Casino. The album is set to drop on October 21.

Where are Arctic Monkeys playing near me?

Who are Arctic Monkeys?

English rock outfit Arctic Monkeys emerged in the early 2000s, quickly garnering attention and widespread popularity thanks to the rise of the Internet. The band was heralded as one of the first bands to come to public attention via the Internet, with commentators suggesting they represented a new era of marketing for emerging artists. Their debut album, Whatever People Say I Am, That's What I'm Not (2006) became the fastest-selling debut album in UK chart history, and is considered one of the greatest debut albums. Arctic Monkeys released three additional studio albums before achieving even wider international fame, which came with the release of 2013's AM. The album was supported by the global hit single "Do I Wanna Know?," which topped four Billboard charts and was certified platinum in the US.

Over the course of their career, Arctic Monkeys have released a total of seven studio albums, earning five Grammy nominations. They have won seven Brit Awards, including Best British Group and British Album of the year three times, making them the first band ever to do so. Their musical style has been described as indie rock, garage rock, and psychedelic rock. One of the most recognizable features of their sound lies within the delivery of their lyrics by frontman Alex Turner, whose intricate and rapid lyric delivery is often sung with a distinct Sheffield accent.