The Cactus League consists of half of the MLB's 30 teams that play in 10 venues in a relatively tight radius surrounding Phoenix, AZ. From Surprise, AZ to Mesa, it’s a great time to get a sneak peek at your favorite team or a team you rarely get to see. Even though the games don’t count, this is the best time to see the future of baseball – minor league stars auditioning for a long-shot spot on a major league roster.

Bill Veeck, who owned a guest ranch near Tucson, purchased the Cleveland Indians in June 1946. The following year he convinced New York Giants owner Horace Stoneham to move his club’s spring training operation to Phoenix while the Indians would train in Tucson. Cleveland trained at Tucson’s Randolph Field (later renamed Hi Corbett Field) while the Giants set up shop at old Phoenix Municipal Stadium located at the corner of Central and Mohave.

In 1948 Larry Doby, who joined the Indians during the 1947 season, arrived for spring training in Tucson becoming the first African American to play in the Cactus League. That October Cleveland became the first Cactus League team to win the World Series.

The Three Biggest Stories of This Year's Cactus League

Will the "Japanese Babe Ruth" adjust to the big leagues?

The much-hyped Japanese two-way phenom Shohei Ohtani, signed by the Los Angeles Angels in the offseason, will make his highly anticipated Cactus League debut on the mound Saturday at 1:10 p.m. MT, when the Angels host the Brewers at Tempe Diablo Stadium (watch live on MLB.TV). Ohtani is expected to start and pitch around two innings, marking his first career game in a Major League environment.

"I feel like this will be a big step forward for me and my career in the Majors Leagues," Ohtani said via interpreter in an interview on Thursday. "I'm really happy at this point. This is going to be my first start in the States, so I'm pretty sure a lot of things aren't going to go my way, but that's OK. I just need to find what I need to adjust."

Will the Dodgers and Indians bounce back from postseason heartbreak?

Can the Cubs return to glory after overhauling their pitching staff?

The Cubs' biggest offseason acquisitions are free agents Yu Darvish and Tyler Chatwood, who join holdovers Jon Lester, Kyle Hendricks, and Jose Quintana to form one of the best starting staffs in the National League. Will this be enough to bring the Cubs back to 2016 glory? The journey starts today. 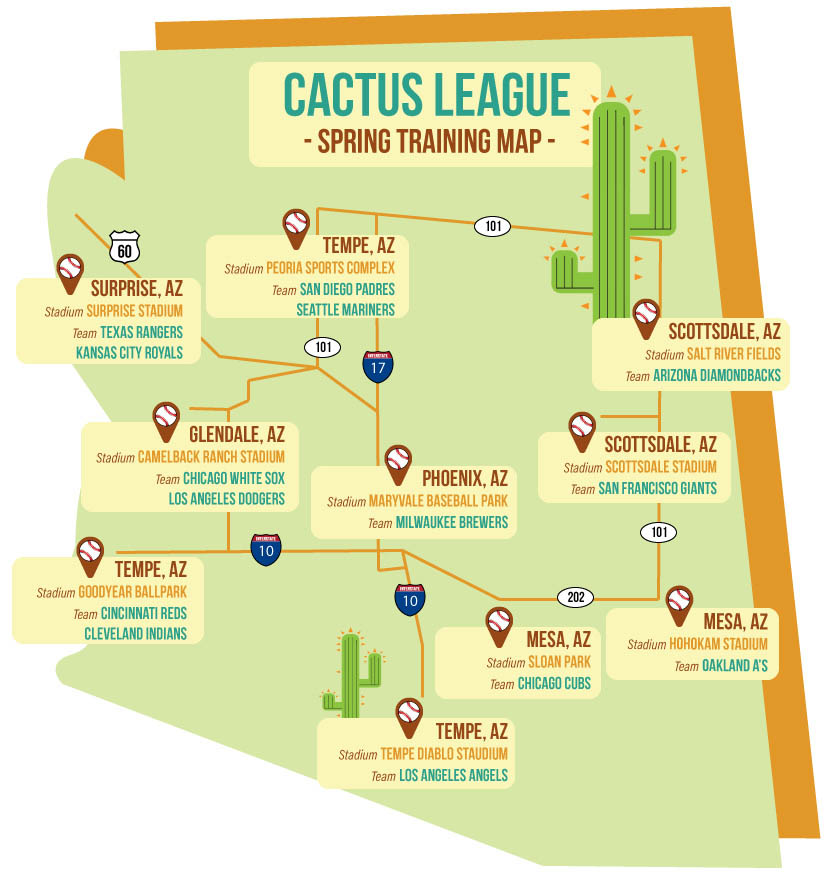 Below is a list of the Cactus League teams, their ballparks, and a link to buy tickets to see them play.