Tim McGraw's got big plans in store for fans this summer! The country legend has announced his all-new Here on Earth Tour, set to hit stages nationwide starting this July.

The 30-date tour gets underway July 10 in Syracuse, NY and will see McGraw hit the stage in cities including Charlotte, Dallas, Salt Lake City, and Atlanta before wrapping things up with a final performance in Chicago, IL on September 26.

Fellow country acts Midland and Ingrid Andress will serve as support throughout the trek. Luke Combs will join the lineup for two of the tour’s stops – one in Philadelphia and the other in Los Angeles.

“Anyone who knows me knows how much I love to be outside in the summertime playing music. Everyone is there, sharing the moment, having fun and letting loose,” McGraw shared in a statement.

“To be here on earth in this moment, together, sharing our love for music and getting through all that life is throwing us — that’s what it’s all about.”

Where is Tim McGraw playing near me?

Who is Tim McGraw?

Country singer/songwriter Tim McGraw stepped into the spotlight in the early 1990s, making his breakthrough in 1994 with the release of his second studio album Not a Moment Too Soon. The album became the top country album of 1994, spawning mega hit singles “Don’t Take the Girl” and “Not a Moment Too Soon.” In the years since making his record-breaking debut, Tim McGraw has made a name for himself as one of the most prominent artists in country music. He has released a total of fifteen studio albums, 10 of which have reached number one on the Top Country Albums charts and charted 25 number one singles. He also holds the record for having one of the highest-grossing tours in country music history, and one of the top 5 among all genres, with his Soul2Soul II Tour (2006). McGraw has earned several prestigious awards, including three Grammys, 14 ACMs, 11 CMAs, and 10 AMAs. Aside from an incredibly successful career in music, McGraw has also ventured into acting, starring in supporting roles in several box office hits including The Blind Side, Friday Night Lights, and Country Strong. 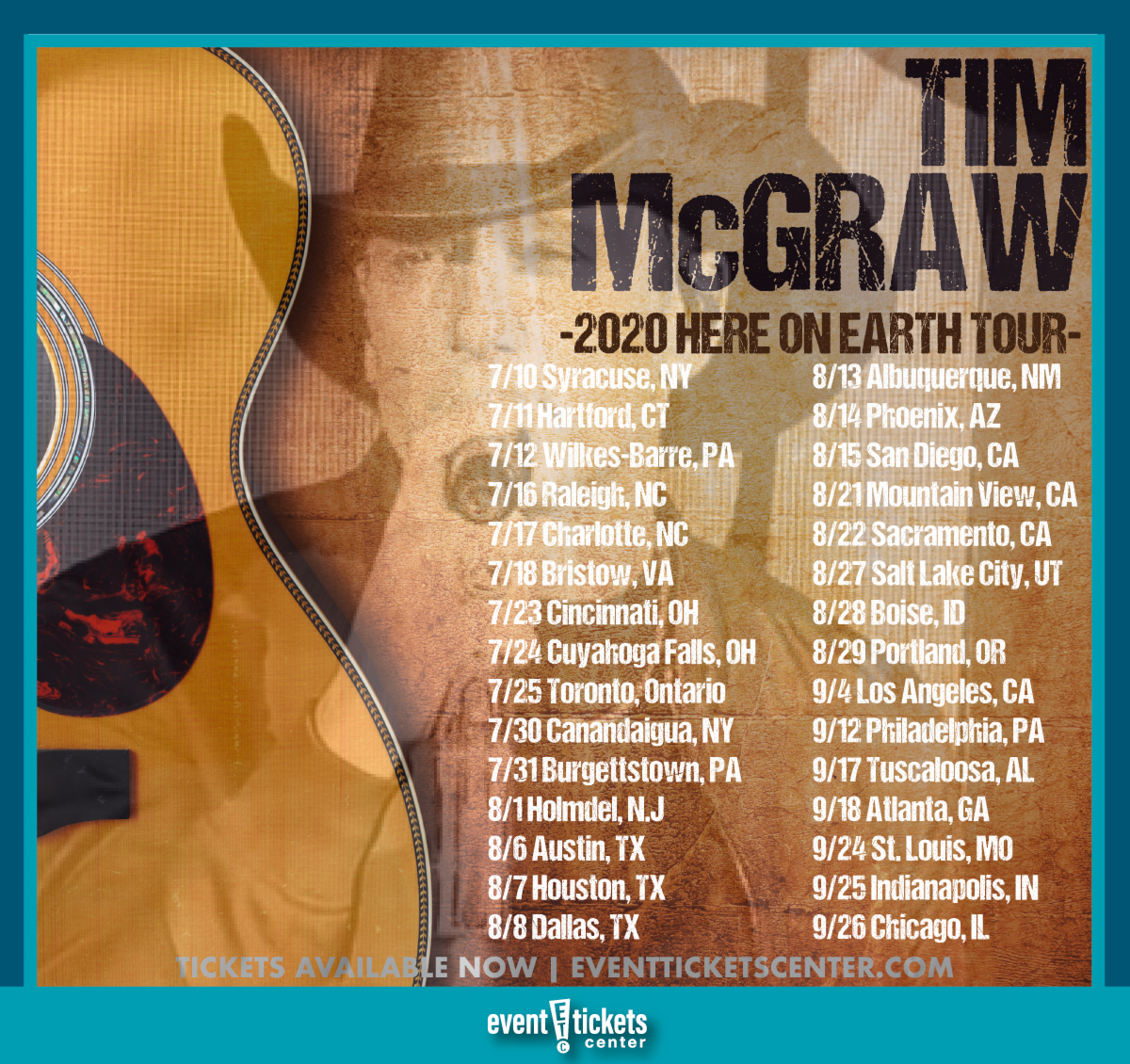