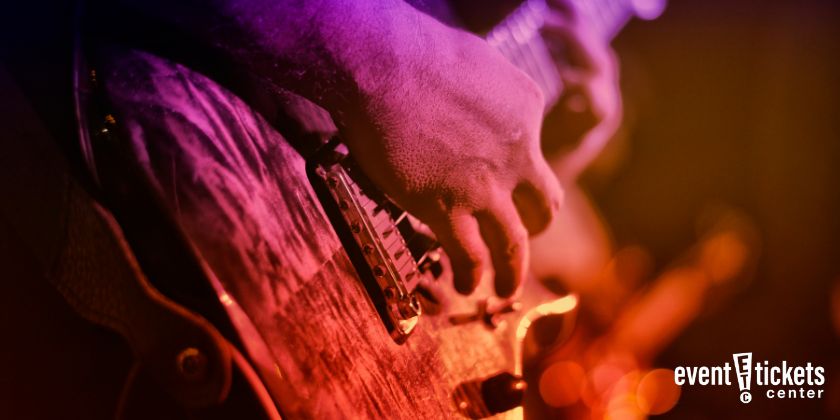 Old Dominion is setting out to bring the happiness on their newly announced 2023 No Bad Vibes tour, set to kick off in January.

The 31-date trek gets underway in Evansville, IN on January 19 and will travel to cities across North America including Green Bay, Albany, Reading, and Jacksonville before coming to a close in Lake Tahoe, NV on June 30.

The band is also scheduled to play two back-to-back shows, first at Key West's Coffee Butler Amphitheater on March 31 and April 1, and again at Colorado's famed Red Rocks Amphitheatre on May 27 and May 28.

The No Bad Vibes Tour takes its name from their latest single, "No Hard Feelings."

"At an Old Dominion show, I think we just want people to feel happy," frontman Matthew Ramsey shared in a statement. "They should feel like they got to forget about whatever is bothering them or whatever's weighing them down at that point in time. Just come hang out with us, and escape for a couple hours. Then hopefully they walk out feeling a little lighter than they walked in."

The band announced their tour earlier this week during an appearance at Whiskey Jam stage, a spot that's near and dear to them as it's where they got their start. And it's no surprise that they've chosen a number of Whiskey Jam artists to join them on the road, with acts including Kassi Ashton, Frank Ray, and Greylan James serving as support throughout the tour's run.

Check out a complete list of dates and stops below and snag your tickets to Old Dominion's No Bad Vibes tour today.

Where is Old Dominion playing near me?

Who are Old Dominion?

American country music band Old Dominion emerged in 2007, hailing from the music city itself, Nashville, TN. They wouldn't take their first step into the spotlight, though, until 2015, when they released their self-titled EP. Old Dominion's style has been described as contemporary country with influences of pop and rock. They have released a total of four studio albums, including Meat and Candy (2015), Happy Endings (2017), Old Dominion (2019), and Time, Tequila & Therapy (2021). Old Dominion have won several awards over the course of its career, including Group of the Year at the 2022 ACM Awards. The band includes frontman Matthew Ramsey, guitarist Trevor Rosen, drummer Whit Sellers, and bassist Geoff Sprung, and guitarist Brad Tursi.