The 30-date trek kicks off August 12 in Grand Prairie, TX and will see him hit the stage in cities including Sunrise, New York, Highland Park, and Portland before wrapping up with a final performance in San Diego, CA on September 25.

The Bigger Love Tour marks Legend’s first outing since 2018’s A Legendary Christmas Tour, which saw him perform in cities across the US in support of his first-ever Christmas album.

Where is John Legend playing near me?

Who is John Legend?

Singer, songwriter, producer, and actor John Legend stepped onto the scene in the early 2000s, initially collaborating with already well-established artists including Alicia Keys, Jay-Z, and Lauryn Hill. In 2004, Legend released his debut album Get Lifted, officially putting him on the map as a skilled songwriter and impeccable vocalist. The album earned a double platinum certification, garnering Legend three Grammy Awards. In the years since making his mainstream breakthrough, he has released five additional studio albums and earned a total of 10 Grammy Awards. Legend is the first black man to achieve the EGOT status (artists who have won an Emmy, Grammy, Oscar, and Tony Award), making him one of only 15 people to achieve this landmark status. He has been a Songwriters Hall of Fame inductee since 2007. 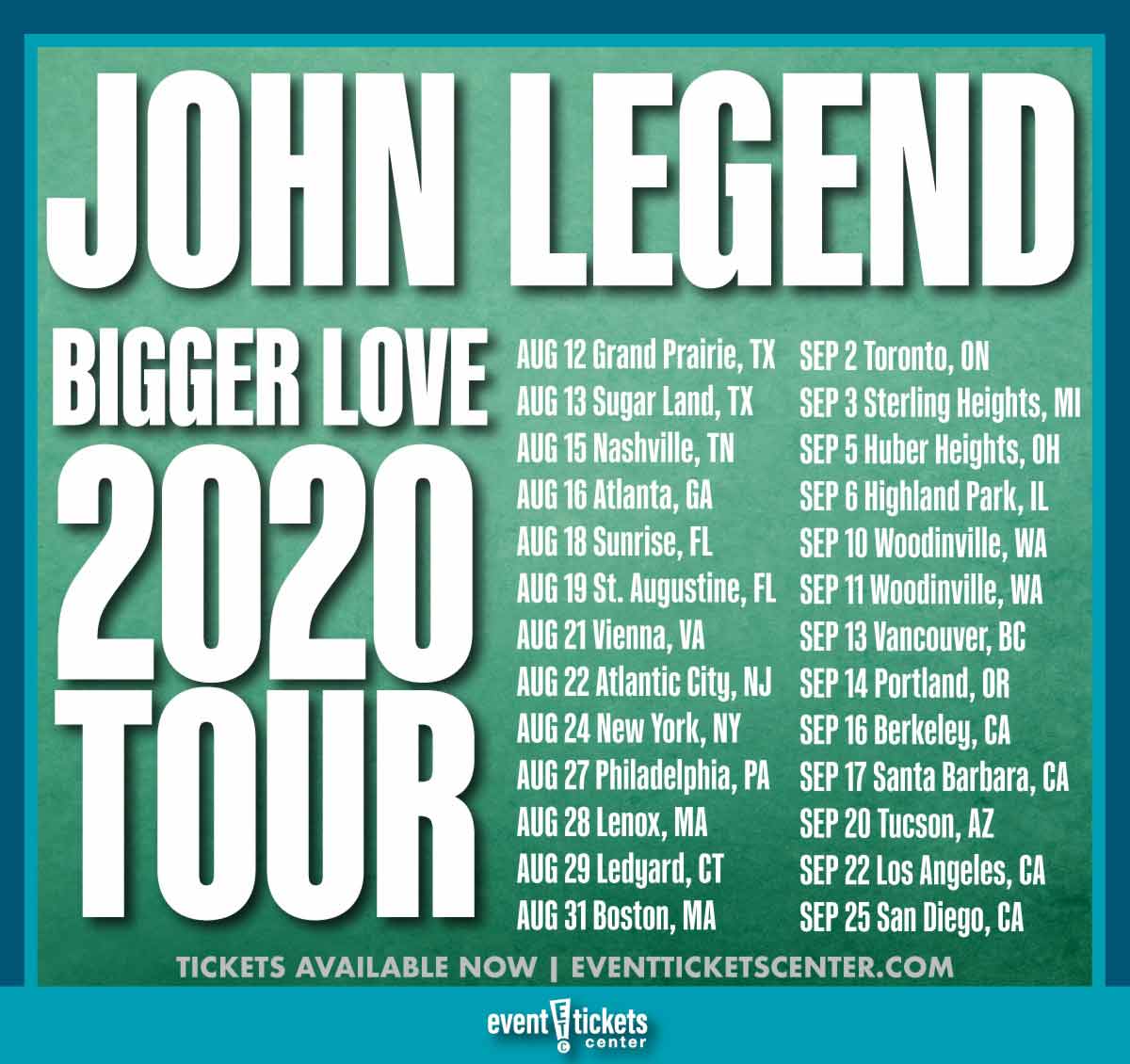