Dane Cook is gearing up to hit the road for the first time in five years! The award-winning comedian announced plans for his all-new “Tell It Like It Is Tour,” hitting cities across the nation in 2019!

The 42-date trek gets underway February 21 with a show at Huntington, NY's Paramount Theatre before making stops in cities including Philadelphia, St. Louis, San Francisco, and Seattle. Cook will wrap things up at Los Angeles' Dolby Theatre on November 16.

Marking his first full-scale stand-up tour since 2013’s "Under Oath Tour," the “Tell It Like It Is Tour” will span an impressive eight months and will even see the comedian hit the stage in Honolulu, HI on July 20.

Who Is Dane Cook?

Dane Cook got his start as a club comedian, utilizing Myspace to build a large fanbase and becoming a hot commodity on college campuses throughout the early 2000s. He quickly rose to fame thanks to his witty, observational - and often vulgar -dark comedy. Cook released his debut stand-up album, Harmful If Swallowed, in 2003, vastly expanding his fan base. His sophomore effort, Retaliation, followed in 2005, making history as the highest debut of a comedy record on the Billboard album chart in nearly three decades. Retaliation entered the charts at the number four spot.

Cook has since released three additional stand-up albums, including a Greatest Hits compilation in 2010. In the years since making his debut as a stand-up comic, Cook’s success has carried over into other ventures including film and television. He has made appearances in films such as Mystery Men, Waiting…, Employee of the Month, Good Luck Chuck, Dan in Real Life, Mr. Brooks, and My Best Friend’s Girl.

Where is Dane Cook performing near me? 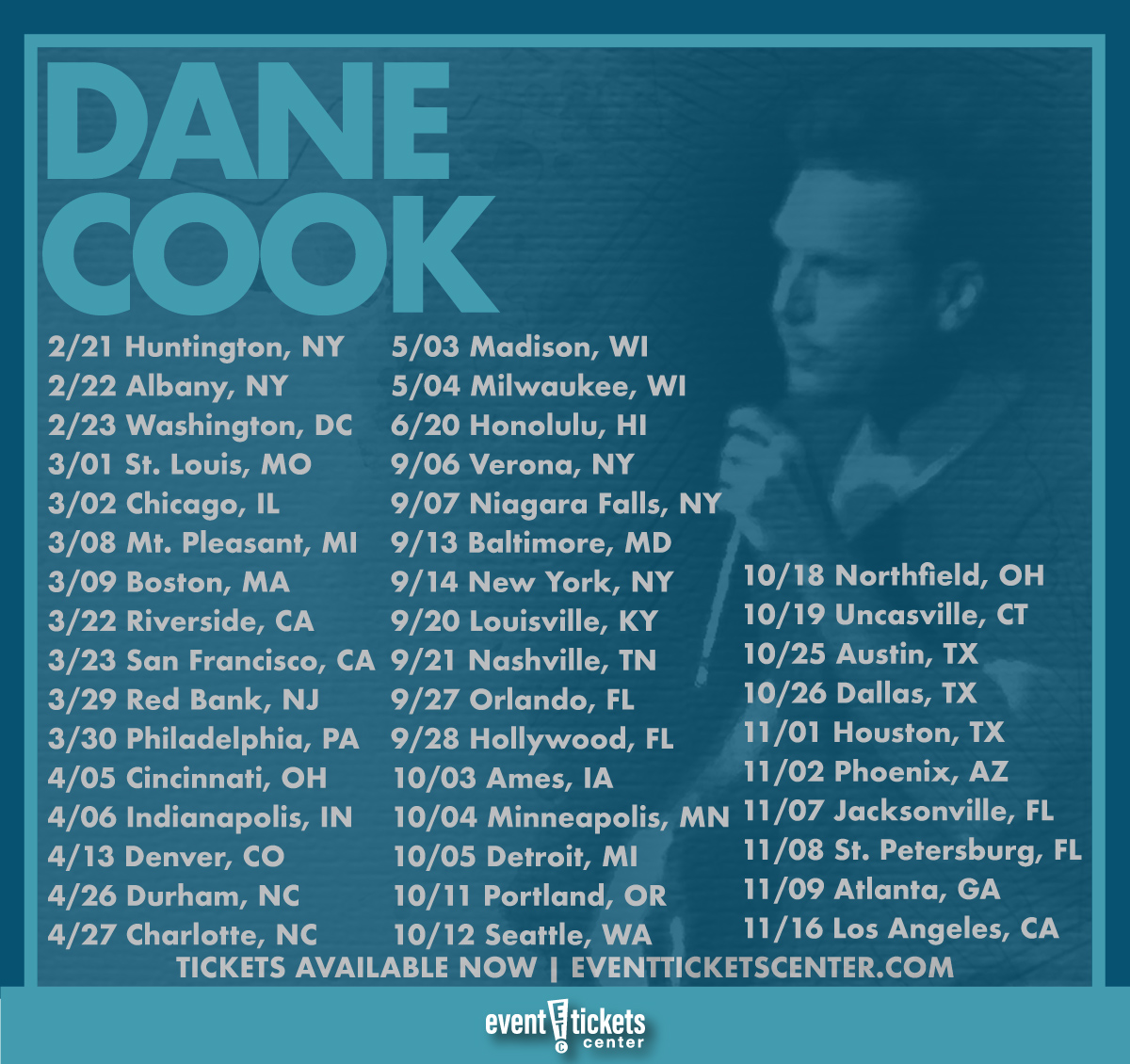