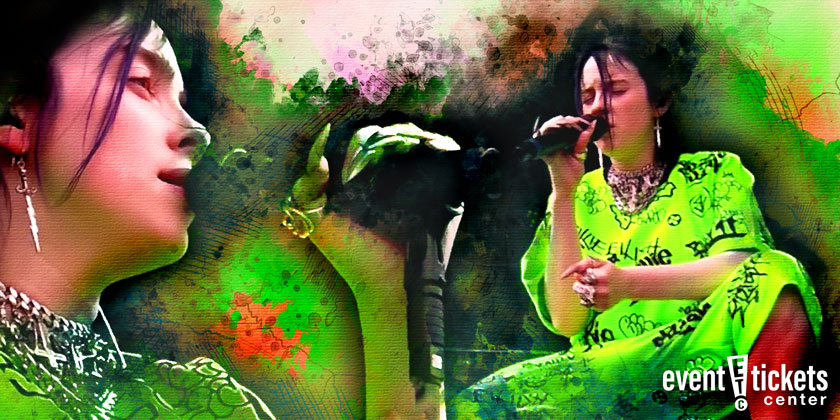 Billie Eilish has had a banner year in 2019, and she’s showing no signs of slowing down for 2020. The young superstar has revealed plans for a massive stadium tour that will see her hit stages across the US early next spring!

The US leg of the “Where Do We Go?” world tour kicks off March 9 in Miami, FL and will travel coast-to-coast, hitting cities including Boston, Chicago, St. Louis, and Los Angeles before wrapping up with a final performance in Seattle, WA on April 11.

Eilish dropped her mega-hit debut album When We All Fall Asleep, Where Do We Go? earlier this year, drawing praise from music critics and becoming a commercial, chart-topping success.

Check out a full list of US stops below to see where she’ll be playing near you!

Where is Billie Eilish playing near me?

Who is Billie Eilish?

Billie Eilish burst onto the music scene as a young teen in 2016, quickly amassing a loyal following after the release of her debut single “Ocean Eyes” became a viral internet hit. Her debut EP Don’t Smile at Me arrived the following year, reaching the top 15 in the US, UK, Canada, and Australia on the strength of hit single “Bellyache.” Eilish released her debut studio album When We All Fall Asleep, Where Do We Go? in 2019, debuting at the number one spot on the Billboard 200 and reaching number one in the UK, Canada, and Australia as well. The album was a massive success, earning widespread critical praise and spawning five Hot 100 top 40 singles, “When the Party’s Over,” “Bury a Friend,” “Wish You Were Gay,” and “Bad Guy,” the latter of which became her first number one single in the US. Eilish is the first and only artist to date born in the 2000s to record a number one single in the US.