Big news Pearl Jam fans – the band has confirmed new music is coming this year with the release of their 11th studio album Gigaton, and they’ll be supporting it with a North American tour this spring.

The 16-date trek kicks off March 18 in Toronto, ON and will travel to cities including New York, Nashville, St. Louis, and Denver before wrapping things up with a pair of back-to-back performances in Oakland, CA on April 18 and 19.

Gigaton will be Pearl Jam’s first release since 2013’s Lightning Bolt, marking the longest period of time they have ever gone between albums.

“Making this record was a long journey,” guitarist Mike McCready shared in a statement. “It was emotionally dark and confusing at times, but also an exciting and experimental road map to musical redemption. Collaborating with my bandmates on Gigaton ultimately gave me greater love, awareness and knowledge of the need for human connection in these times.”

A leadoff single from the album, “Dance of the Clairvoyants,” is set to drop in the coming weeks. Gigaton is due for release March 27.

Where are Pearl Jam playing near me?

Who are Pearl Jam?

Rock outfit Pearl Jam emerged from Seattle, WA in 1990, formed after the demise of members’ Stone Gossard and Jeff Ament’s previous band, Mother Love Bone. The band made their mainstream breakthrough with the release of their debut album Ten in 1991, quickly making a name for themselves as one of the most prominent bands in the grunge movement of the early 1990s. Pearl Jam have released ten studio albums to date, selling over 85 million units worldwide. The group outsold many of their contemporary alternative rock bands from the early ‘90s and are considered one of the most influential bands of the decade. Pearl Jam have been Rock and Roll Hall of Fame inductees since 2017. They have been ranked by Rolling Stone Magazine as one of the Top Ten Live Acts of All Time. 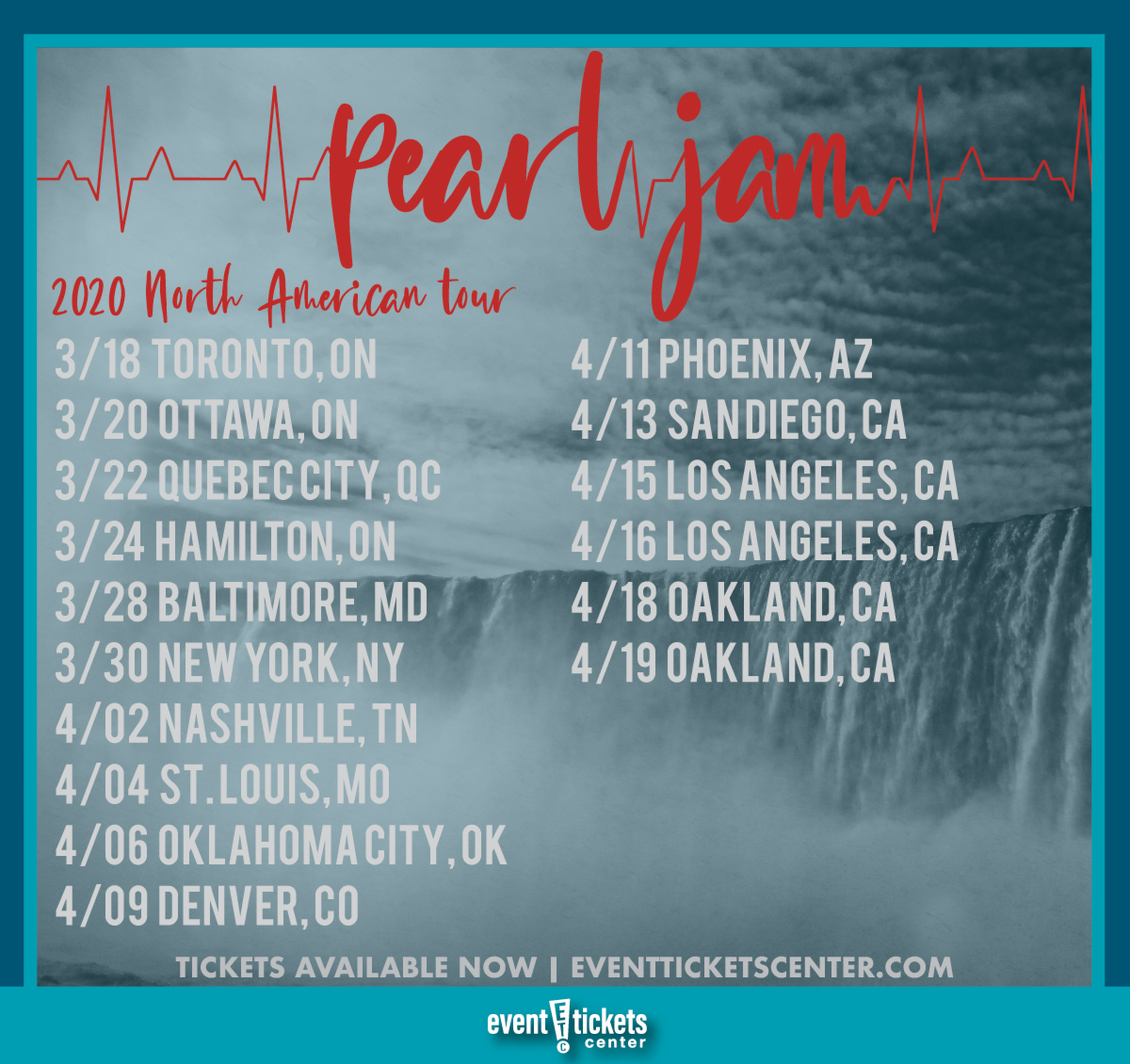