U2 and Metallica Battle For NFL Stadium Supremacy 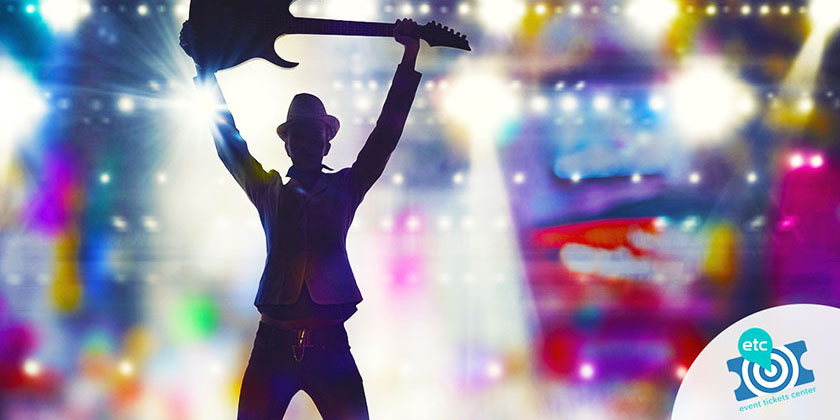 There’s a fierce competition going on inside NFL stadiums this summer, and it has nothing to do with football. Some of the biggest acts in music are battling to be among the most popular concert tours of 2017. You have to be really, really popular to book concerts at NFL stadiums. That’s why there are just six tours on the list. These mega-venues have more than 60,000 seats to fill, and they need to know the bands they book are popular enough to fill them from the field to the very top row.

Here now are the top six concert tours hitting NFL stadiums in 2017, ranked by number of ticket sales on the secondary market.

U2 takes the top spot for its Joshua Tree 2017 Tour that celebrates the 30-year anniversary of The Joshua Tree album. They are playing the full album live at each show, giving fans a first-ever live performance of the single “Red Hill Mining Town.” Being able to do a tour for an album that came out in 1987, and still have it be the most popular tour of 2017, is proof that U2 is one of the greatest bands of all time.

If you’re catching The Joshua Tree Tour, know that U2 is alternating between three different opening acts: The Lumineers, OneRepublic and Mumford and Sons.

Unlike U2, Metallica is promoting a current album. Hardwired…To Self-Destruct debuted in late 2016 and the North American leg of its tour began the NFL stadium circuit in Baltimore back in May. Here’s how hard Metallica is rocking its WorldWired Tour: When they played at U.S. Bank Stadium – which is an indoor venue – the music could be heard more than two miles away.

Metallica is also playing with multiple openers on its stadium tour. Avenged Sevenfold, Voltbeat and Gojira all will share the stage with the heavy metal gods.

Justin Bieber’s Purpose album came out in 2015, but the Purpose World Tour didn’t start until the following year. Set to wrap up this September in Tokyo, the Biebs has a string of concerts in NFL stadiums starting July 29 at AT&T Stadium in Dallas. Only 23 years old, this is Bieber’s third worldwide tour, and it will include 163 shows by the time it’s complete.

If it seems like Coldplay has been on tour forever, it’s probably because they have. In the 17 years since releasing Parachutes in 2000, the band has been on the road for all but three of them. The US portion of their Head Full of Dreams Tour kicked off last year at MetLife Stadium, and it will do the same this year for a return concert.

Kenny Chesney can fill any venue, anywhere, any time he wants to. He played to an astounding 121,400 fans last year in two dates at Gillette Stadium, and has two more dates scheduled there for 2017. But it’s a limited tour schedule for Chesney – he’s busy in the studio recording a new album that No Shoes Nation is sure to love.

Guns N’ Roses toured now and then during the 2000s, but nothing compares to their blockbuster “regrouping” tour that started in 2016 and continues this summer. It’s been everything GNR fans hoped it would be, but it got off to a rough start: When they played a warmup concert at the famous Troubadour in Los Angeles, Axl fell and broke his foot.

Wondering which NFL stadiums rank highest for music fans? Our data reveals Lincoln Financial Field and NRG Stadium top that list. For individual concerts, U2 and Metallica both rank high, but it’s Willie Nelson and Luke Bryan who top the list for 2017…so far. Both played one-off shows at NRG Stadium back in March.
Tickets By Category