Updated 3/19/2020: Alice Cooper's rescheduled dates for his Ol' Black Eyes is Back trek are here! Check out a full list of new dates and stops below.

Update 1/21/2020: Alice Cooper has added several new 2020 stops to his “’Ol Black Eyes Is Back” trek, this time joining forces with Tesla and Lita Ford on select dates!

The 33–date extension kicks off May 30 in Paso Robles, CA and will travel to cities including Milwaukee, Seattle, Nashville, and Boston before wrapping up with a final performance in Detroit, MI on June 27.

Check out a full list of 2020 dates and stops below!

Original Article: Alice Cooper has extended his “’Ol Black Eyes is Back Tour,” bringing the Shock Rock legend to stages across the US once again this fall!

Extended US dates will kick off November 3 in Fort Myers and will go on to make stops in cities including Orlando, Montgomery, Greenville, and Indianapolis before closing out with a final show in Prior Lake, MN on November 29.

The 71-year old Hall of Famer has got a lot on his plate this summer, between kicking off the first US leg of “’Ol Black Eyes” in early July to sharing the stage with rock group Halestorm on their co-headlining summer tour, and the upcoming release of Hollywood Vampire’s studio album Rise on June 21.

Cooper’s plans to keep the Halloween spirit alive well into November proves he’s got no intentions of slowing down anytime soon – and we’re more than okay with that.

Who is Alice Cooper?

Known as “The Godfather of Shock Rock,” Alice Cooper (born Vincent Furnier) emerged in the 1960s as frontman of the rock band Alice Cooper. Led by Furnier’s distinct raspy vocals, the group made their mainstream international breakthrough in 1971 on the strength of their hit song “I’m Eighteen.” Alice Cooper reached their commercial peak in 1973, releasing their now platinum-selling sixth studio album Billion Dollar Babies, which topped the charts in both the US and UK.

Around this time, Furnier adopted the Alice Cooper moniker as his own name, beginning a solo career in 1975 with the concept album Welcome to My Nightmare. The album marked a shift in musical direction for the experimental rocker, who would go on to explore several genres including art rock, heavy metal, new wave, industrial rock, and more throughout his 50+ year career. Cooper’s trademark “Shock Rock” style is drawn from inspirations the rock icon has found in horror films, vaudeville, and garage rock. His distinct style and sound makes him what many consider to be the pioneer in shock-factor, theatrical rock and roll. 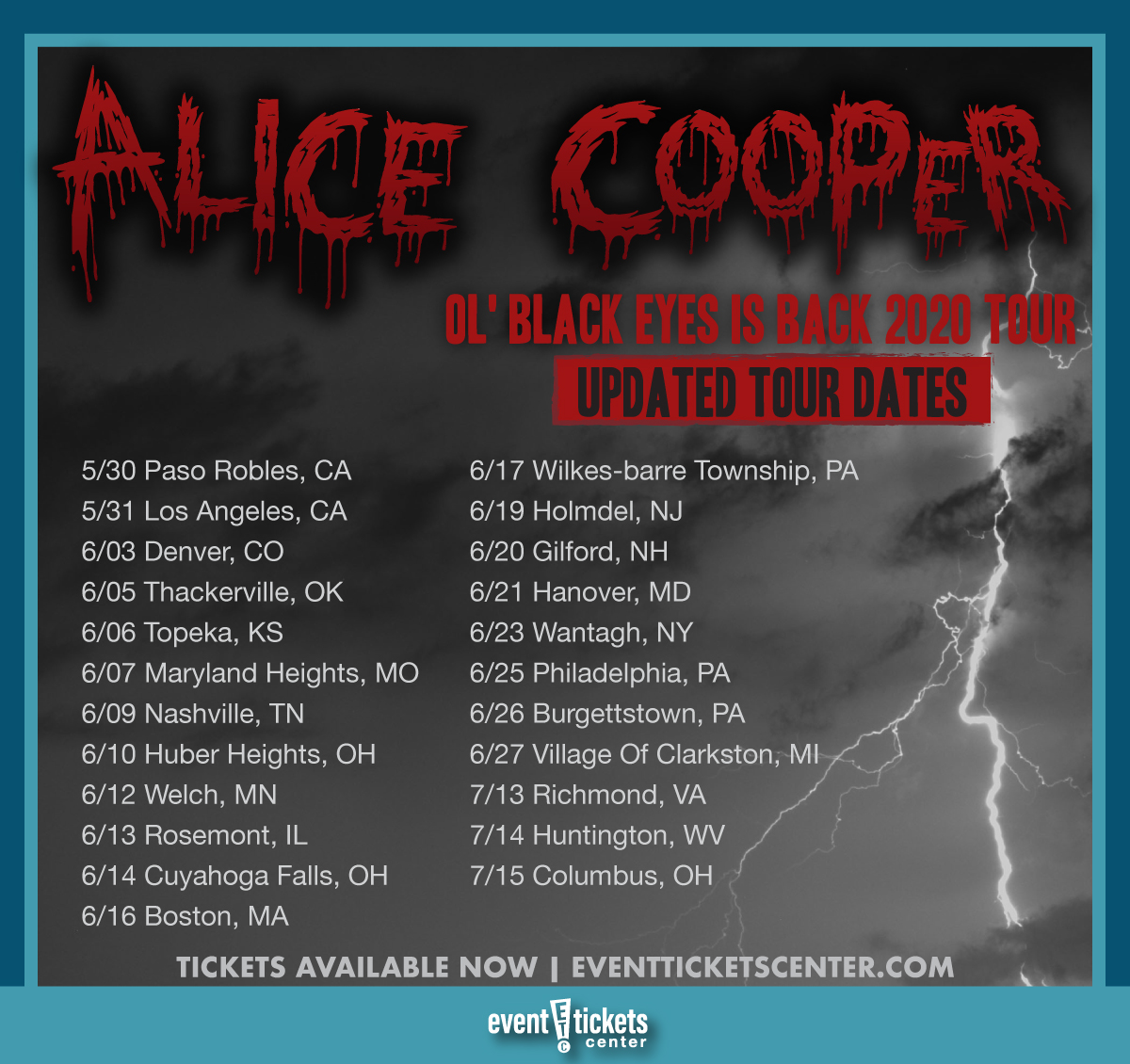