The Evolution of Broadway 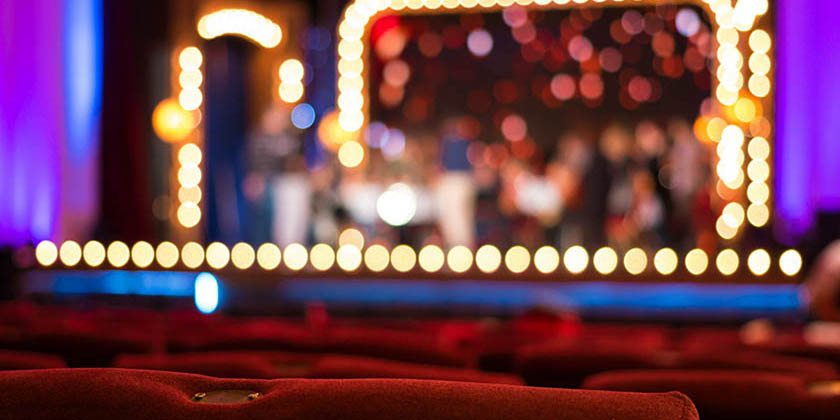 We may take for granted that we can head into Times Square on any day of the week and find a performance to whisk us away to another time and place, with dance steps and songs guiding the way. But there was a time when this mecca of the performing arts did not exist. Here’s a look back at how Broadway came to be.

Theater was popular in New York City as early as 1750, when a Nassau Street theater company created by actors/managers Thomas Kean and Walter Murray presented Shakespearean plays and productions such as The Beggar’s Opera. The theater held only 280 people, whereas today all Broadway theaters hold a minimum of 500 people.

In 1829, Niblo’s Garden, a 3,000-seat nightspot with musicals and plays, opened on Broadway near Prince Street in Lower Manhattan. Shakespeare remained popular in New York during this time, notably at the Winter Garden Theatre. By 1868, pantomime and burlesque had swept the city. During that period, “Broadway” was at Union Square, south of its current midtown home. In the early 1900s, a collection of theaters began to consolidate in and near Times Square, where Broadway remains today.

The first long-run Broadway musical was The Elves in 1857, though the first theatrical piece marrying original music and dance was The Black Crook in 1866. Running for 50 shows, The Elves didn’t reach the popularity of London shows at the time; however, The Seven Sisters did, running for 253 performances in 1860.

But what made people eventually come to Broadway in hordes for entertainment? Street lighting. With streetlights, it was safer to travel at night, be it on foot or by car. Electric signs were also installed outside theaters, beginning with The Red Mill in 1906. When colored bulbs quickly burned out, they were replaced with the iconic white lights still popular on Broadway, giving it the nickname the Great White Way.

In the 1920s, Broadway and New York’s Theater District began to take off. The first show to reach 700, and then 1,000, performances was Winchell Smith and Frank Bacon’s Lightnin’, followed by another record-breaker, Abie’s Irish Rose, in 1925.

The Roaring Twenties brought even more demand for song and dance. Musicals incorporated vaudeville, music hall and more — a spectacle strong enough to endure the onset of motion pictures.

The first Broadway show to seamlessly integrate book and score with dramatic themes via song, dialogue, setting and movement was Show Boat in 1927. Between the Great Wars, more serious drama arrived on Broadway with plays such as Eugene O’Neill’s Strange Interlude and Mourning Becomes Electra, paving the way for both serious playwrights like Tennessee Williams as well as comedic playwrights such as George S. Kaufman.

Following the wars, Broadway’s golden age arrived with blockbusters like Oklahoma! in 1943, which ran for a staggering 2,212 performances.

While the 1970s saw a drier spell for Broadway, with fewer openings than ever during that decade, the 1980s brought the fanfare back with the Save the Theatres campaign and the designation of the Broadway/Times Square Theater District as a national historic site.

The 1990s brought Disney to Broadway, and Broadway has been colored with Disney’s famous and imaginative characters ever since. Beauty and the Beast was the first Disney Theatrical Production to go on Broadway in 1994. Today, productions like The Lion King and Aladdin provide wondrous escape for adults and kids alike.

You don’t have to be in Manhattan to catch a Broadway show anymore, since the productions now tour major cities across the country. Right now, Broadway productions on the road include Aladdin (also in NYC), An American in Paris, West Side Story, Elf, Jersey Boys, Love Never Dies, The Book of Mormon and The Color Purple.

The Future of Broadway

Broadway has come a long way from its Shakespearean and vaudeville days to the golden age of musicals and now to the Disney era. But what will come during the next five to 10 years? Here’s what we predict.

Fans can probably count on seeing these successful productions continue their ongoing residencies: Chicago, a hit since 1996; The Phantom of the Opera, Broadway’s longest-running show and a success since 1988; and The Lion King, a favorite since 1997.

Hamilton has been such a smash that it will probably run for several more years, if not decades. Its impact has set the stage for more diverse and socially conscious musicals that defy Broadway standards.

Broadway’s future also lies in live streams. A couple of years ago, Ken Davenport streamed his Daddy Long Legs production to 135 countries for free — it was the first time a Broadway show had ever been live streamed. More than 150,000 people viewed the musical, and the cast album saw a huge rise in sales afterward. Davenport told the New York Post that those numbers are 50 percent higher than he’d predicted, despite his earlier aggressive estimate. And it all happened without any marketing.

Davenport predicts that streaming will be as essential to Broadway as Playbill, although live streams will probably not always be free. Still, $10 is a far cry from a $400 Hamilton ticket, if you can even get one.

One thing’s for sure, Broadway’s future is set be as rich and entertaining as its past.

Check out our Theater section of our blog to learn more about Broadway sets, upcoming shows, Broadway etiquette and more!
Tickets By Category