The 7-city US trek kicks off with a show in Boston, MA on September 26 and will go on to make stops in Newark, Miami, Houston, Washington DC, and Los Angeles before closing out with a final performance in Orlando, FL on October 27.

The tour will be in support of his highly anticipated upcoming album Literal. Fans can expect to hear all of the singer’s greatest hits mixed in with some new material including his latest single, “Kitipun.”

Guerra, who will receive the Lifetime Achievement Award at the 2019 Billboard Latin Music Awards this Thursday, described the upcoming album as “something new and very modern.” Literal is due for release next month.

Where is Juan Luis Guerra playing near me?

Who Is Juan Luis Guerra?

Latin music godfather Juan Luis Guerra shot to international stardom on the strength of his hit song “Ojalá Que Llueva Café” in 1989. Throughout his prolific career, Guerra has continued to reinvent the rhythms of his native Dominican Republic, writing realist lyrics that resonate with audiences in Latin America and beyond and encouraging everyone to dance their stress and troubles away to his messages of “peace, harmony, and love.” Guerra, alongside his band 4.40, has sold over 30 million albums worldwide. A living legend, he is one of the most internationally recognized Latin artists in recent decades. Guerra has continuously broken attendance records with each of his tours, including his most recent trek “Todo Tiene Su Hora” which became the highest-grossing tour of 2015. He has earned 18 Latin Grammy Awards, two Grammy Awards, two Latin Billboard Music Awards, and is expected to receive the Lifetime Achievement Award at the 2019 Billboard Latin Music Awards this week. 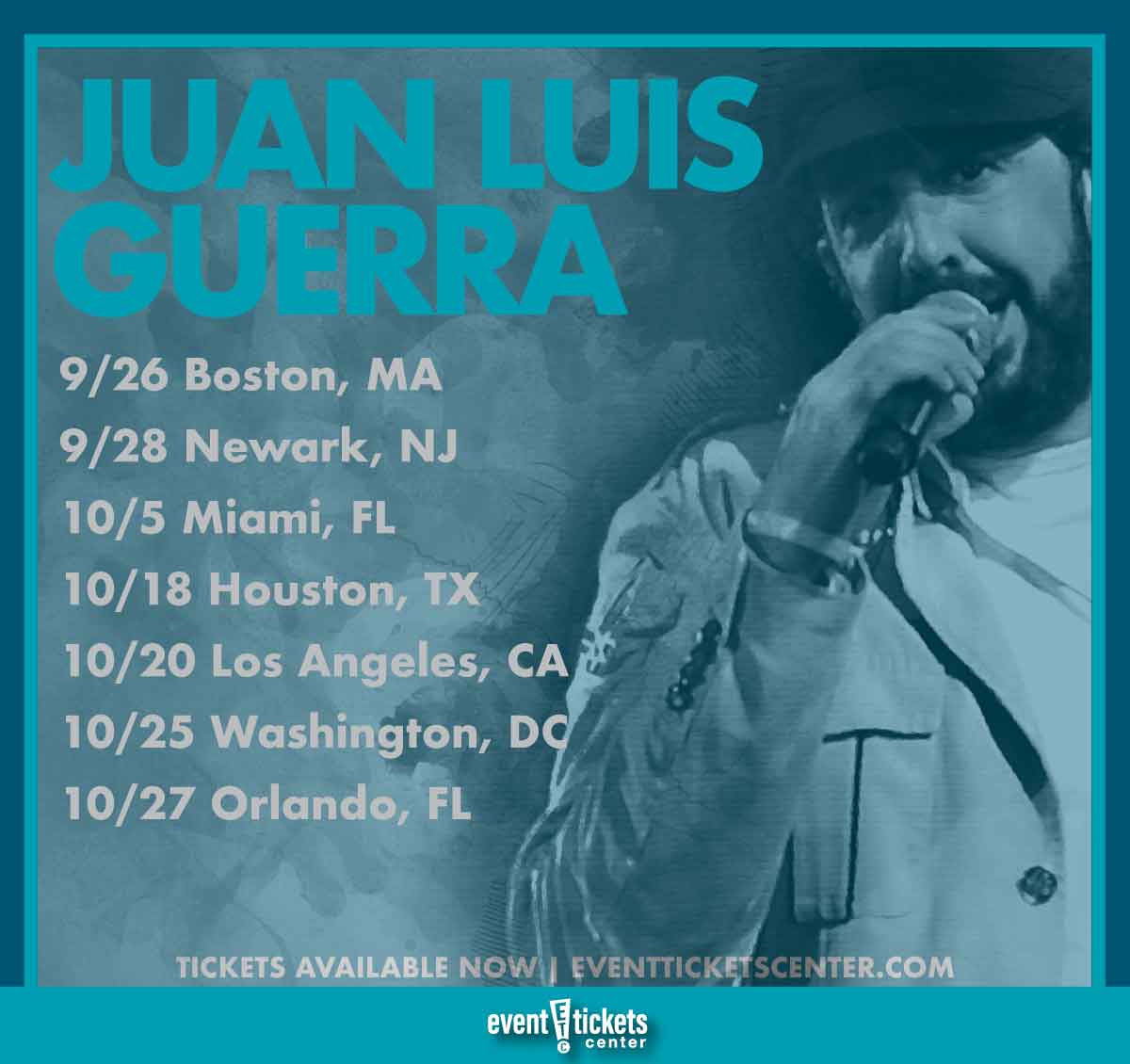