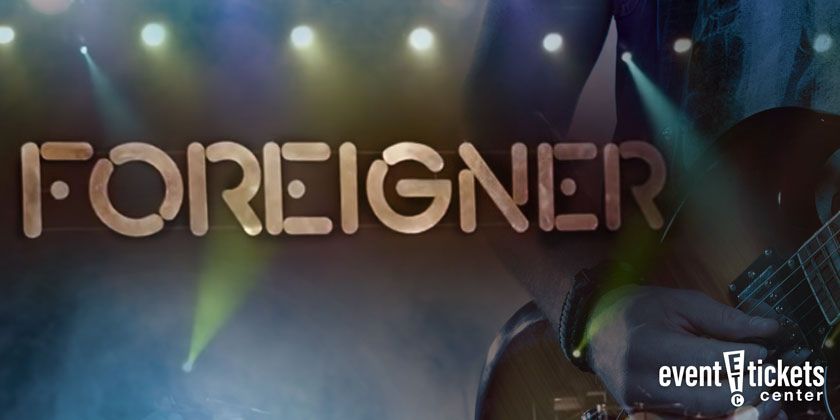 After nearly five decades in the spotlight, veteran rock group Foreigner announced they'll be hitting the road one last and final time on the Historic Farewell Tour, kicking off next July.

The 32-date trek gets underway July 6 in Alpharetta, GA, and will see the band hit stages in cities coast-to-coast including Kansas City, Mansfield, Dallas, and Denver. A final performance in Holmdel, NJ will bring the curtain down one last time on September 3.

Loverboy will serve as support throughout the tour's entirety.

"Foreigner is a completely revitalized band with a whole new energy that has won the hearts of our fans all over the world, and I want to go out while the band is still at the top of its game," guitarist and founding member Mick Jones said in a recent statement. "I had the idea that was to become Foreigner back in 1974, and I was 30 years old at the time. By the end of our farewell tour, over 50 years will have passed, and that's a long time to be on the road."

Additional legs of the tour, both domestic and overseas, are scheduled through the end of 2024.

Check out a full list of dates and stops below and secure your Foreigner farewell tour tickets now.

Where is Foreigner playing near me?

British-American rock outfit Foreigner burst onto the music scene in 1976. The band released their self-titled debut album in 1977, topping the charts on the strength of mega-hits like “Feels Like the First Time,” “Cold as Ice,” and “Long, Long Way from Home.” Double Vision followed one year later, bringing with it continued success and spawning more hits including the title track and “Hot Blooded.” Over the years, the group’s sound evolved and changed with the times. The addition of new wave elements to their sound in the 1980s proved to be a success as the band moved into adult-style ballads like 1981’s chart-topper “Waiting for a Girl Like You” and their biggest hit to date, 1984’s “I Want to Know What Love Is.” Foreigner is considered one of the best-selling bands of all time, with worldwide sales of more than 80 million records.