Take Me Out to the Boston Ballgame: Fenway Traditions for Real Fans 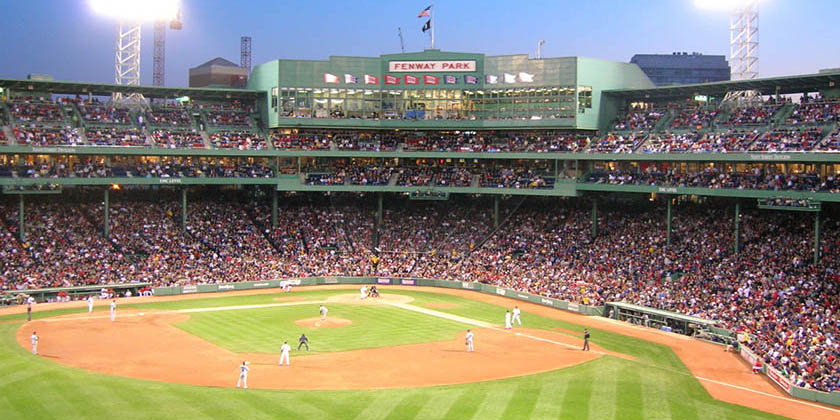 There is nothing quite like the experience of taking in a Boston Red Sox game at Fenway Park, and a lot of it has to do with all the traditions and rituals that come with attending a game there. In addition to the rich history of the venue that was home to Carl Yastrzemski, Ted Williams, Wade Boggs and David Ortiz, fans’ quirky traditions make going to Fenway a memorable experience.

At Fenway, good times never seemed so good. Sure, all ballparks have the seventh inning stretch, but only Fenway has its own, Neil-Diamond-inspired tradition during the eighth inning. Before the bottom of the eighth, the whole crowd sings along to “Sweet Caroline,” calling out after each refrain (So good! So good!). The playing of the song became an official tradition in 2002 and has been played at every home game ever since. Neil Diamond himself has even been to the park to do the song live, a thrill for all the fans in attendance.

If you’re lucky enough to be at Fenway for a win, you’ll surely hear Standells song “Dirty Water,” the Red Sox victory song. Also, keep your ears out for "Tessie" by the Dropkick Murphys, and "Joy to the World" by Three Dog Night, songs that are played on a regular basis at home games.

Everyone knows the Boston Red Sox and the New York Yankees have a hate/hate relationship, and the Sox defend their turf, even when the Yankees aren’t playing. Word to the wise for Yankee fans going to a game there: Don’t wear a Yankee shirt at Fenway Park. Ever. Even as a joke. They don’t think it’s funny. And if you attend a game against the Yankees and you happen to catch a home run off the bat of someone in pinstripes, throw that ball back onto the field, or you’ll face the wrath of the Fenway faithful.

A couple of traditions to note while you’re in the stands at Fenway: The right-field foul pole is known as Pesky’s Pole, named for infielder Johnny Pesky who played for the Red Sox in the 30s and 40s. Fans traditionally take a Sharpie and sign the pole when they are sitting in the outfield, so bring one along if you’re seated nearby.

When your seats are within touching distance of the Green Monster, the infamous, 37-foot-high left-field wall, you have to rub your hands across the metallic green surface. If it is your first visit to Fenway, this action is sure to bring both you and the team good luck.

The Red Sox have had a home game scheduled on Patriot’s Day almost every year since 1960. Traditionally, this game starts in the morning, usually at 11:05. As big of a deal as this is, it isn’t the biggest deal in Boston on the third Monday of April each year — that honor goes to the running of the Boston Marathon, widely known as the most famous marathon in the world. Keep this in mind and plan accordingly if you’re heading into the city that day. In a word: traffic.

When it comes to any game at Fenway, prepare to be in it for the long haul. Real fans do not leave before the end of a game, even if the score is a blowout either way. Boston Red Sox fans get really loud during the eighth inning.

There are several quirky traditions when it comes to fan behavior and concessions. Be prepared to stock up on beer as you approach the end of the game, because all beer vendors close up during the seventh inning. Also, it is a tradition to buy a bag of peanuts at Fenway. The vendor will throw them to you from a great distance and then somehow remember who you are when he comes around to collect the money. If you don’t catch the peanuts, be prepared to be booed.

You can’t leave Fenway without experiencing the Fenway Frank. This iconic ballpark hot dog is boiled, and then slightly grilled to make for the perfect crispy bite.