Powerhouse vocalist Toni Braxton has revealed she’s gearing up for a brand-new tour, bringing the “Un-break My Heart” crooner coast-to-coast early next year!

The “As I Live Tour” will see Braxton hit the stage in a handful of cities across the US, kicking off with a performance at the Township Auditorium in Columbia, SC on January 26. From there, she will make stops in cities including Washington DC, Nashville, Fort Lauderdale, Detroit, and Reno. A final show at Los Angeles’ Microsoft Theater will wrap things up on March 3.

The 21-date run will be in support of her most recent album Sex & Cigarettes, which hit shelves this past March. Sex & Cigarettes debuted at the number 22 spot on the Billboard 200 and marks Braxton’s eighth studio release.

Who Is Toni Braxton?

Multi-platinum singer/songwriter Toni Braxton skyrocketed to stardom with her sophisticated yet sultry vocals that set her apart from the rapidly growing ‘90s popstar crowd. She first stepped onto the scene performing with her three sisters in a group called The Braxtons in the late 1980s. The sisters released a single titled “Good Life,” and while it was not successful, it did capture the attention of producers L.A. Reid and Kenneth "Babyface" Edmonds of LaFace record label. The two wasted no time and recruited Toni as the first female artist signed to LaFace in 1991.

Soulful enough for R&B yet smooth enough for adult contemporary, Braxton’s voice drew fans of all ages. Her self-titled debut album hit shelves in 1993, reaching number one on the Billboard 200 and bringing the young singer to international stardom selling 10 million copies worldwide. The album earned her three Grammy Awards, including one for Best New Artist. Her sophomore album Secrets followed three years later, spawning the massive hit single “Un-break My Heart” and bringing her another two Grammy Awards.

In the 29 years since her explosive debut, Braxton has released eight studio albums, taken home seven Grammy Awards, and sold over 41 million records across the globe. She has extended her talents to the screen, serving as a television executive producer and personality on Dancing With The Stars and Braxton Family Values. Throughout her career, she has made several impacts on the fashion industry, known for her risqué style and revealing red carpet looks, topping the list for the Grammy Award’s best dressed of the decade in 2011. That same year, she was inducted to the Georgia Music Hall of Fame. 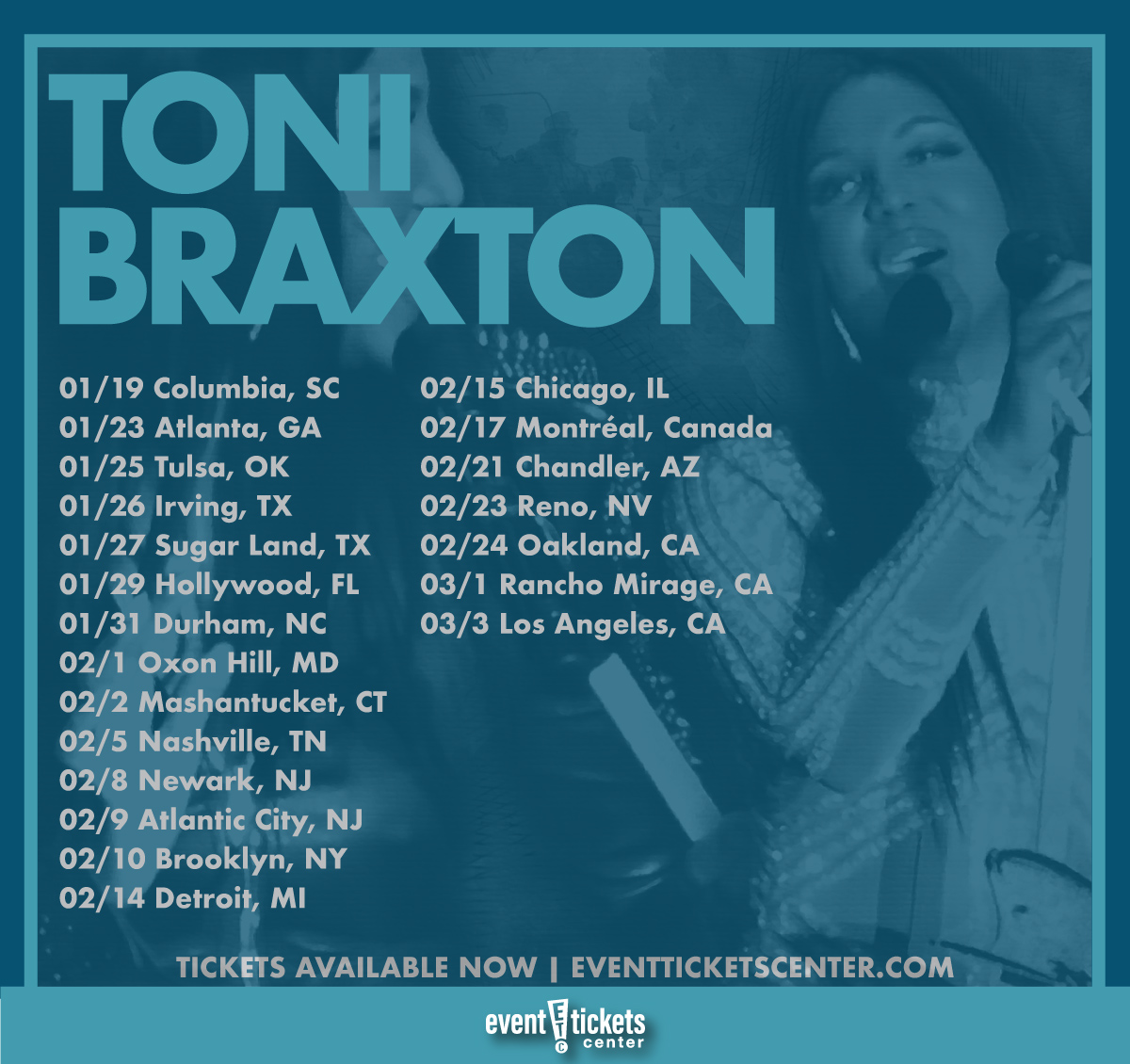 Where is Toni Braxton playing near me?