Christian music’s MercyMe are gearing up to hit the road for an all-new tour, bringing the multi-platinum rockers to stages across the US in 2019!

The “Imagine Nation Tour” will kick off on March 7 with a show in Bossier City, LA. Stops will include shows in cities like Asheville, Green Bay, Tulsa, San Diego, Portland, and Tampa. A final performance in Baltimore will close out the massive 34-date trek on May 11.

MercyMe is set to release their latest single “Best News Ever” to radio on October 5. The track is off their 2017 Grammy-nominated album Lifer and is the follow-up song to their chart-topping single “Grace Got You,” which spent seven weeks atop Billboard’s AC Monitored chart.

The band is currently nominated for two awards at the upcoming GMA Dove Awards, including yet another nomination of Artist of the Year, which they took home just last year.

MercyMe is a contemporary Christian music band consisting of lead vocalist Bart Millard, percussionist Roby Shaffer, bassist Nathan Cochran and guitarists Michael Scheuchzer and Barry Graul. Formed in Edmond, Oklahoma in 1994, the Christian indie-rockers released their debut album Almost There in 2001, which spawned the Dove-Award winning single “I Can Only Imagine.” Thanks to the success of the single, Almost There topped the Christian charts, making the Top 40 in overall album charts and eventually earning a triple platinum certification. In the years since their breakthrough success, MercyMe has released an additional eight more albums with six of them achieving a gold certification. They have 13 consecutive top five singles on the Billboard Christian Songs chart, with seven of them hitting the number one spot. 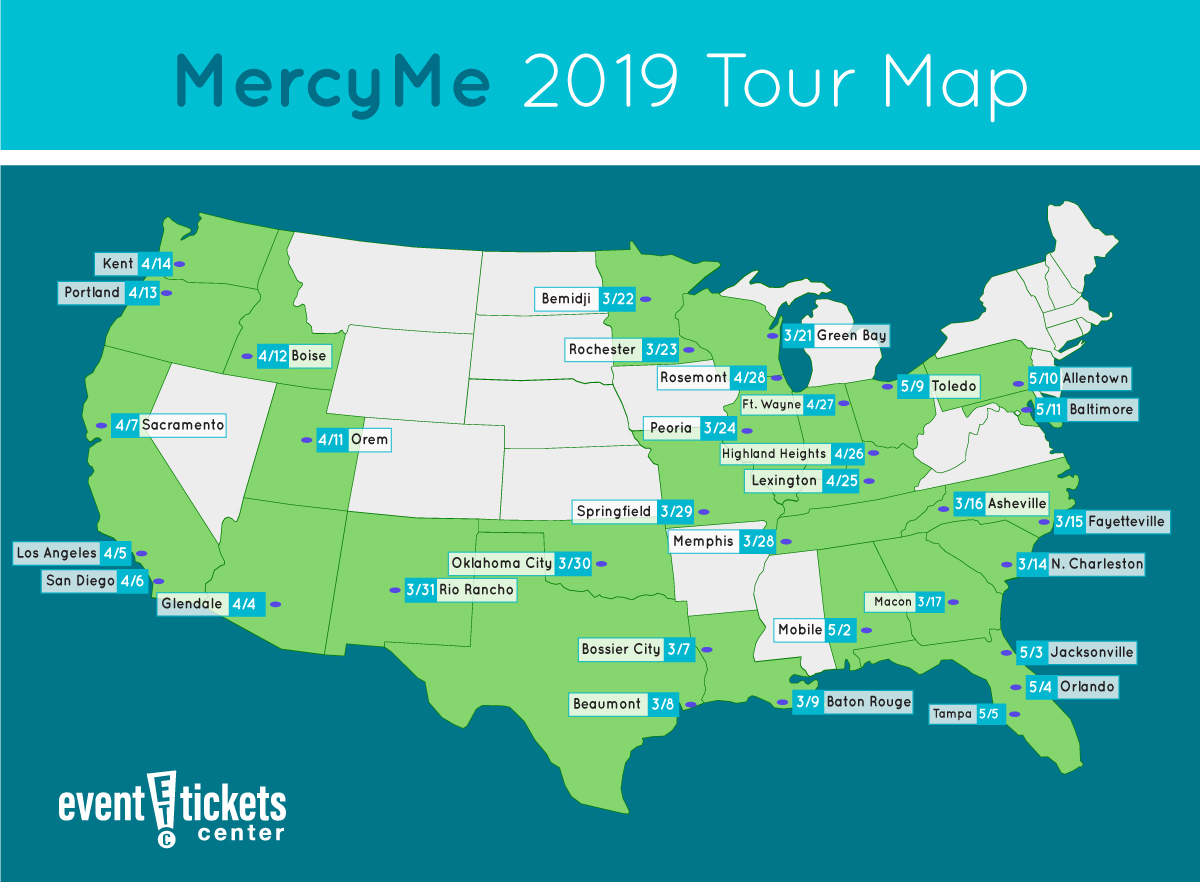 Where is MercyMe playing near me?