Bad Religion and Alkaline Trio are hitting the road in 2020! The two punk bands will join forces to deliver an extensive co–headlining tour, set to hit stages nationwide starting next spring.

The 18–date trek gets underway March 26 in Los Angeles, CA and will travel to cities including Denver, Austin, Orlando, and Detroit before wrapping up with a final performance in Milwaukee, WI on April 19.

“This tour is extra special,” Bad Religion frontman Greg Graffin shared. “Not only are we celebrating our 40th anniversary, but we get to do it with Alkaline Trio, who are such a great band, really excited about this!”

Alkaline Trio’s Matt Skiba adds, “Bad Religion was one of my first loves. I remember exactly where I was the first time I heard ‘Suffer’ around age 12. They are one of the very reasons I started playing punk rock music and continue to today. This tour is going to be epic on many levels. We’ve done Warped Tour and festival shows many times over the years but this will be the first time it’s just us and I couldn’t be more thrilled!”

Where are Bad Religion and Alkaline Trio playing near me?

Who are Bad Religion?

Punk rock outfit Bad Religion emerged in 1980, independently releasing a series of successful albums and securing a loyal underground following over the course of the next decade. By the time the band was signed in 1993, they had already established themselves as one of the biggest names in the punk rock scene. Their mainstream breakthrough would come later that year with the release of their seventh studio album, Recipe for Hate, achieving widespread commercial success and peaking at number 14 on the Billboard Heatseekers chart. Stranger than Fiction followed in 1994, spawning their biggest hits “Infected” and “21st Century (Digital Boy),” and earning a gold certification in both the US and Canada. Bad Religion have released a total of 17 studio albums to date. They are considered one of the most prominent and influential bands in punk rock music, as well as one of the best-selling punk rock acts of all time with over five million albums sold worldwide.

Who are Alkaline Trio?

Alkaline Trio stepped onto the scene in the late 1990s, making a name for themselves with the release of mildly successful albums Goddamnit and Maybe I’ll Catch Fire before breaking through with their third release, From Here to Infirmary in 2001. Backed by singles “Stupid Kid” and “Private Eye,” the album significantly increased the punk trio’s exposure, with its 2003 follow up Good Mourning going on to break the Top 20 on the Billboard 200. Alkaline Trio have released five additional studio albums to date, including their seventh album The Addiction, which topped the rock, alternative, and indie charts in 2010. Alkaline Trio is currently made up of singer/guitarist Matt Skiba (also of Blink-182), singer/bassist Dan Andriano, and drummer Derek Grant. 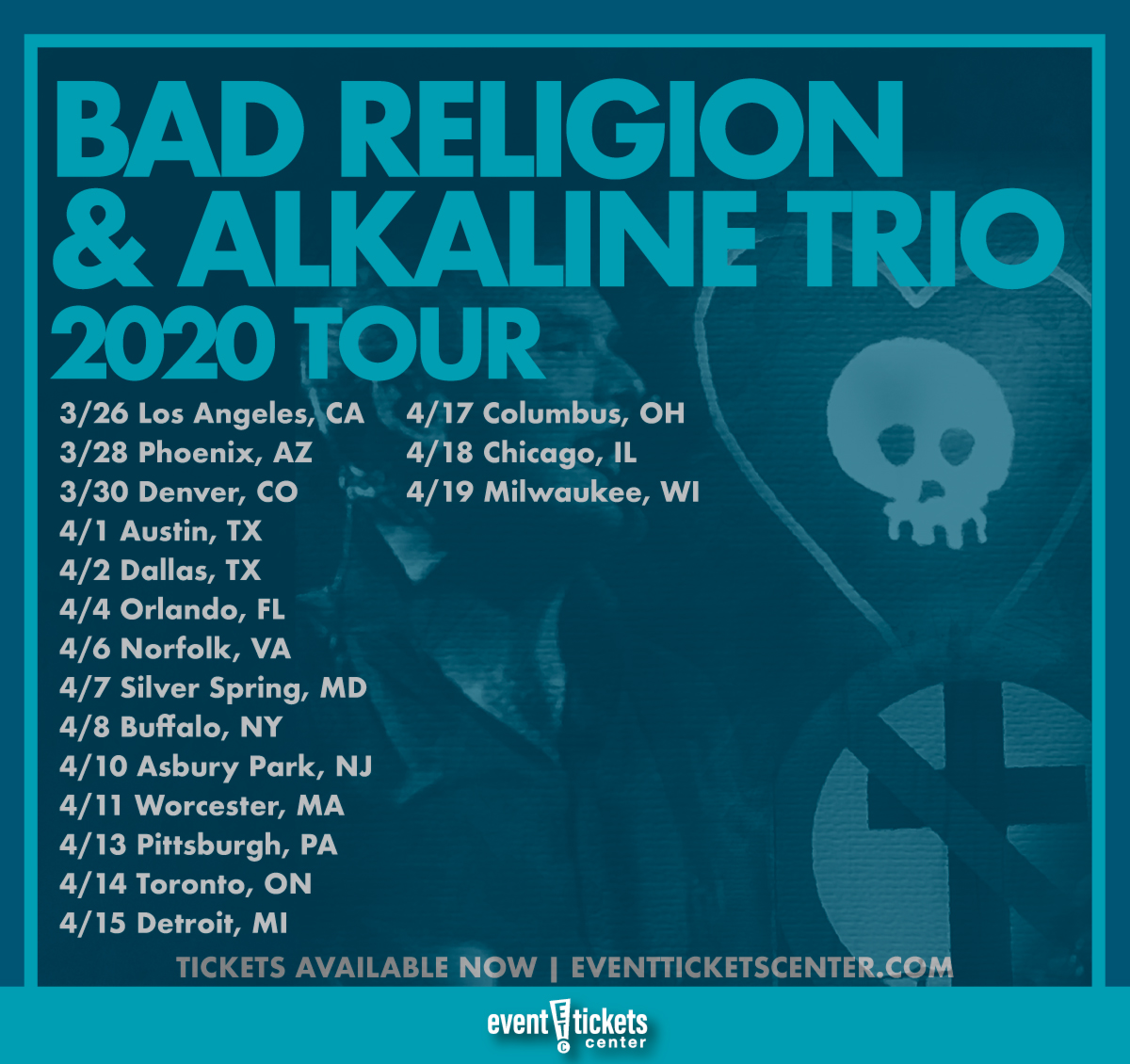