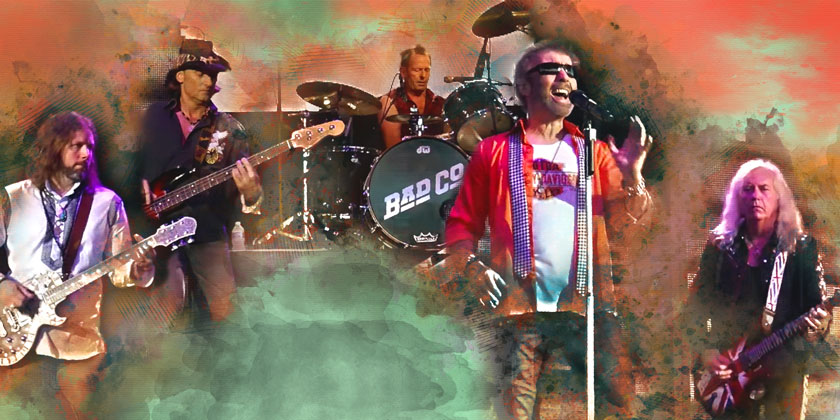 Rock supergroup Bad Company has shared they will hit the road for a mini U.S. tour at the end of 2018 and will include appearances alongside some well-known friends!

The quick five-day run will get underway with a show in Livermore, CA on September 26. From there, the “Can’t Get Enough” rockers will travel to St. Paul, Nashville, and Green Bay before wrapping up with a final performance in Durant, OK on December 29.

Bad Company is set to play alongside southern rock legends Lynyrd Skynyrd for two dates: 10/5 in St. Paul and 10/26 in Nashville. They will then be joined on stage by rock band Cheap Trick for the 10/27 performance in Green Bay.

The mini run of shows will feature original members lead singer Paul Rodgers and drummer Simon Kirke. Guitarist Mick Ralphs, however, will not be making an appearance as he has been suffering from ongoing health complications.

“The only information I have is that he has paralysis on his left side, which is all indications of the stroke," Kirke said in an interview last year. "I don't really want to comment any further 'cause I don't know, but given his age, which is 72, the prognosis is not good. ... We pray for him and we wish him as best an outcome as is possible at that age. In terms of a career, it's not looking good for him, quite honestly.”

“You can never really close the door on this band,” Kirke continued. “It’s always going in some form or another… I think as long as Paul is singing and I’m playing drums, it’s a credible Bad Company.”

News of the upcoming tour comes just days after lead singer Paul Rodgers wrapped his “Stars Align Tour.” The tour saw the singer hit the stage with guitarist Jeff Beck and Heart front woman Ann Wilson from July through the end of August.

Who Is Bad Company?

Bad Company is an English rock super group that was formed in 1973. The original line up included former King Crimson bassist Boz Burrell, former Mott the Hoople guitarist Mick Ralphs, and singer Paul Rodgers and drummer Simone Kirke, both former members of Free. The group was the first act to be signed by Led Zeppelin’s Swan Song vanity label, releasing their debut album atop of the U.S. charts in 1974. The album produced their most popular single to date, “Can’t Get Enough.” The group’s success continued to skyrocket with the release of following albums Straight Shooter (1975) and Run With the Pack (1976), both of which reached the top five in the album charts in the U.S. and U.K.

In 1998, the original lineup joined forces once more to record a handful of new tracks. A lengthy reunion tour followed in 1999 and served as the last time the four original members would perform together, as Burrell passed away in 2006. At the time of their reunion, the group released a two-CD, 33-song overview of their career, including six B-sides and outtakes. The outtakes featured Rodgers’ “Hammer of Love,” which received heavy radio and chart action. Bad Company’s music continues to receive regular airplay on stations across the U.S. and U.K., proving the saying that “only the Bad could be this good.” 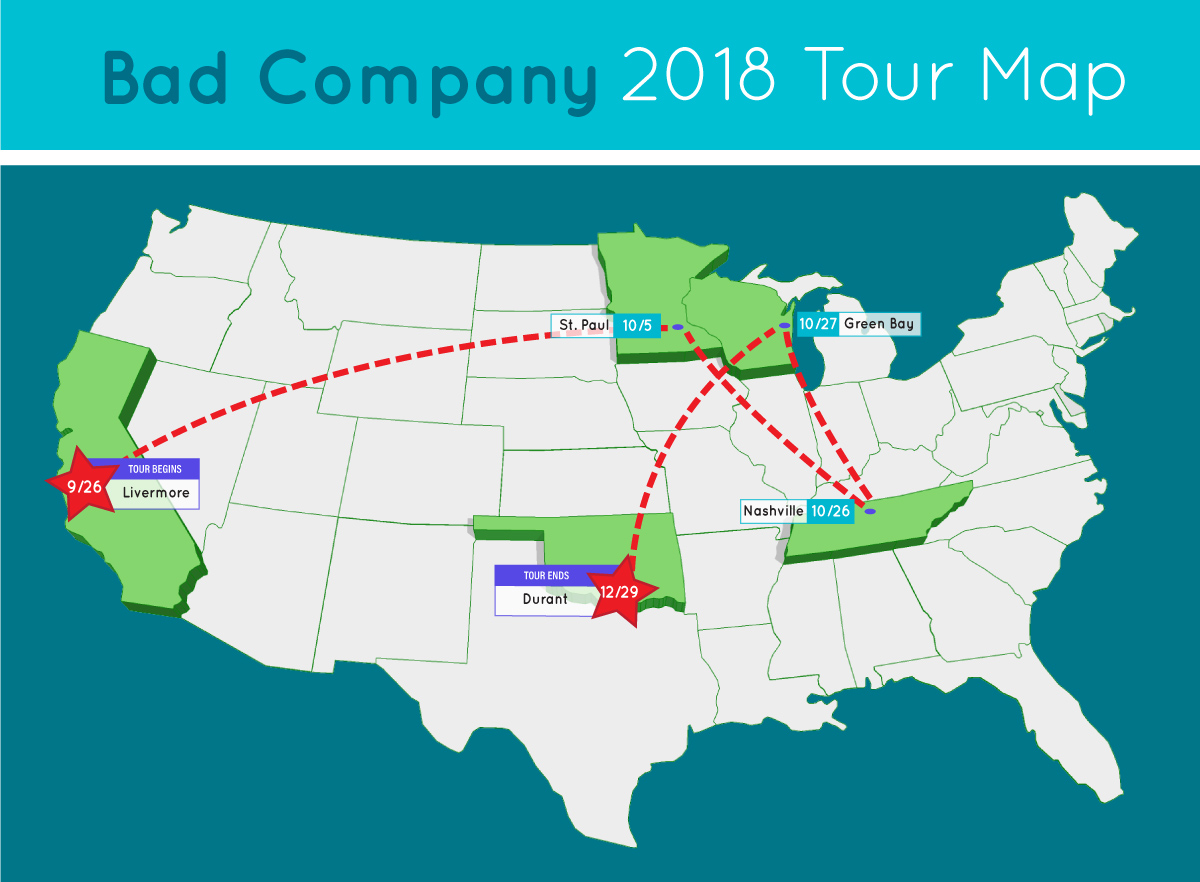 Where is Bad Company playing near me?