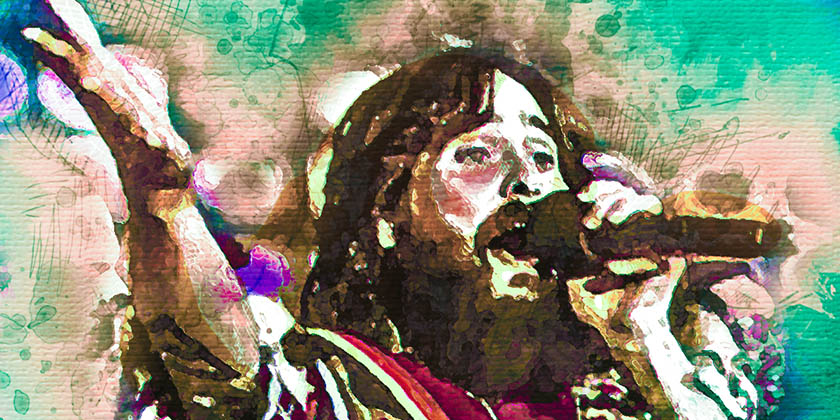 Named after a subtitle in an obscure Harvard Professor’s thesis, 30 Seconds to Mars has announced the 2018 “Monolith Tour.” The tour is in support of the group’s yet to be named album which is set to be released on Apr 6. The Jared Leto-led band from Los Angeles announced the tour this week on the Ellen DeGeneres Show in which audience members were given tickets to an upcoming performance.

After international stops that include Paris, Rome, Berlin, Amsterdam, London and Moscow, the North American leg of the tour begins on Jun 6 in Toronto and wraps at Ak-Chin Pavilion in Phoenix on Jul 22. See the complete North American Tour map and schedule below.

Influenced by The Cure, Metallica, Pink Floyd, and Led Zeppelin, the band’s self-titled 2002 debut album met with luke-warm success. While not a financially rewarding, it did serve to establish 30 Seconds from Mars as a new voice in the post-grunge music scene.

It wasn’t until their second album, A Beautiful Lie, that the band achieved worldwide fame. The prolific band has sold over 15 million records and set a Guinness World Record for “Longest Concert Tour by a Rock Band” for playing 300 shows in nearly 60 countries in just over two years.

Although reluctant to use his Hollywood fame to promote the band, it’s difficult to separate the two - especially since Jared won an Academy Award for his ground-breaking 2014 performance in Dallas Buyers Club, and a further display of acting versatility as the Joker in Suicide Squad.

There are plenty of A-list actors who have tried their hand at musical stardom, but Jared Leto is the only one who has actually pulled it off.

Jared and his older brother Shannon were raised in a musical household by a hippie mom and were encouraged at an early age to pursue art in every form. After briefly trying his hand studying painting, the multi-talented Leto ended up in New York studying film-making. After moving to Los Angeles in 1992, Jared, Shannon and bassist Matt Wachter formed 30 Seconds to Mars. 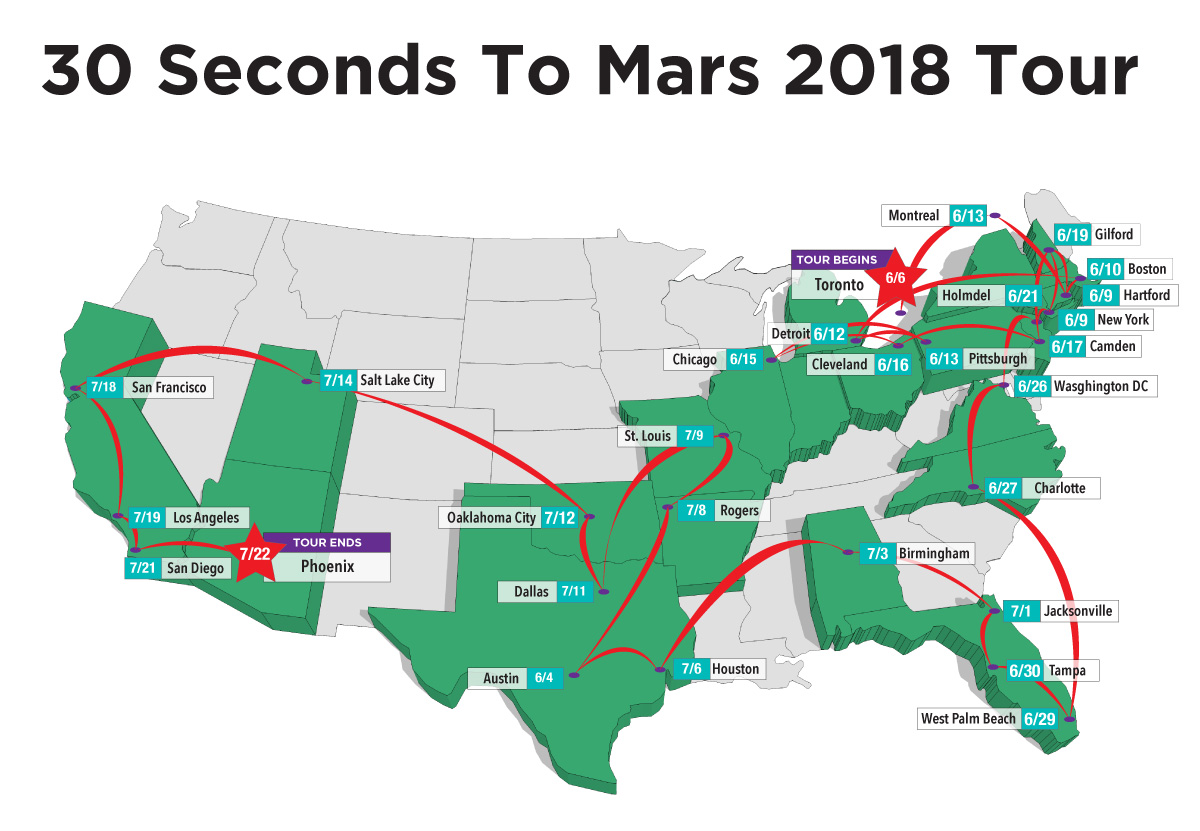 Where can I see 30 Seconds To Mars near me?