San Antonio’s AT&T Center has a capacity of 18,581. It underwent major renovations in 2015, which resulted in the installation of high-definition TVs and LED signage throughout the arena, LED displays, a brand-new center-hung video board, a new audio system, and improved Wi-Fi access. All of its concourses were expanded and updated, suites were renovated, and improvements were done to arena entrances. The center boasts a number of bars and restaurants, concessions, and a fan shop. The center has more than 7,000 parking spaces on its property, including parking for patrons with disabilities. If you want to take a tour before an event, contact the center’s Service Innovation Department..

Avoid the hassle of being stopped at the gates by learning more about the AT&T Center’s policies. Before you enter, be sure you have everything you need, because re-entry is not allowed. Large bags, purses and backpacks are not allowed inside. The center has “No Bag Lanes” to expedite entry of fans with no bags. Cameras with detachable lenses or lenses longer than three inches when extended are forbidden, along with video cameras and recording devices. You can check in items that can’t be placed under the seat such as strollers or large umbrellas
AT&T Center - Basketball 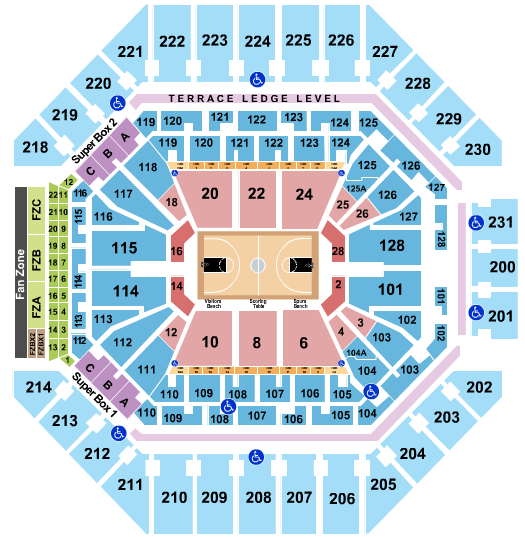 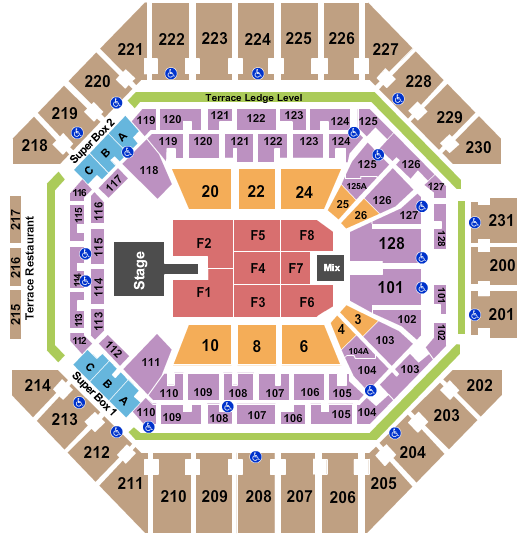 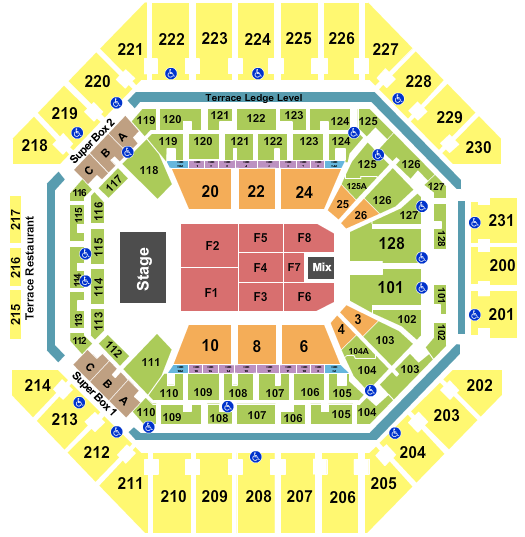 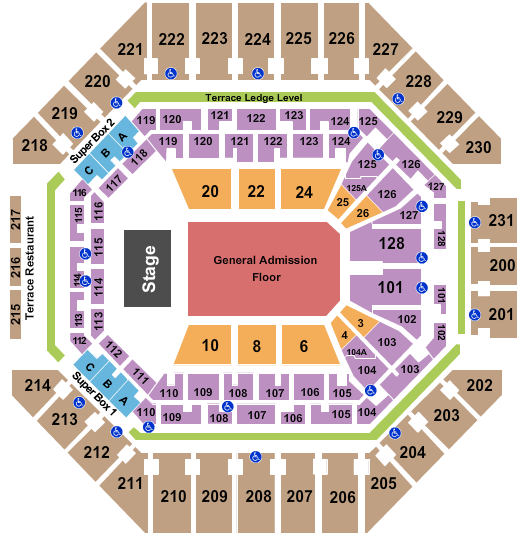 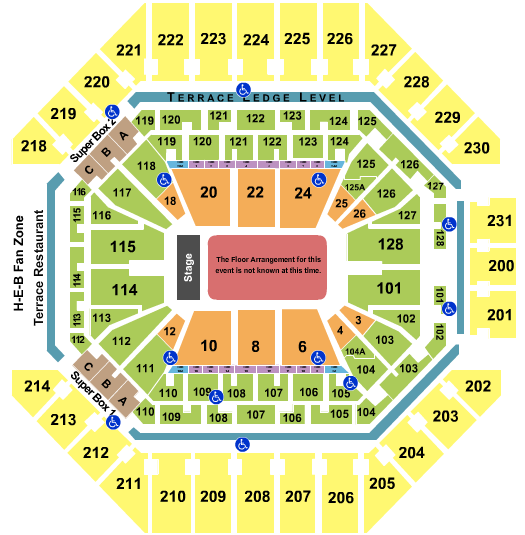 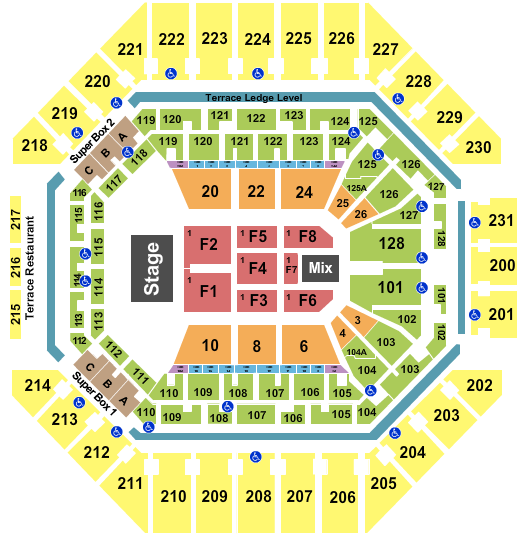 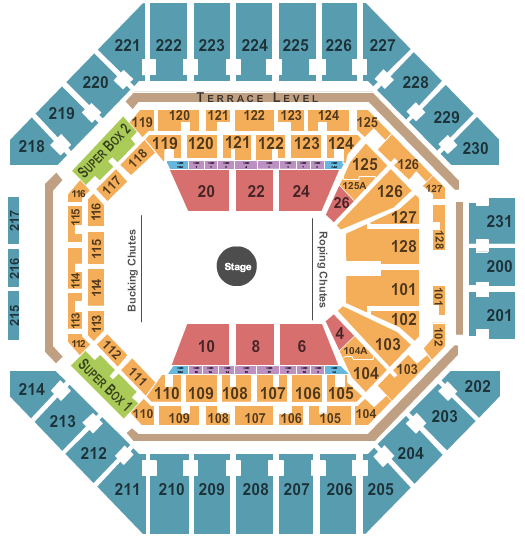 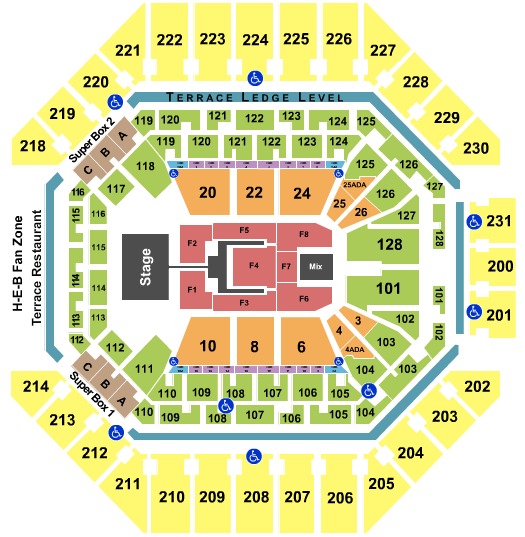 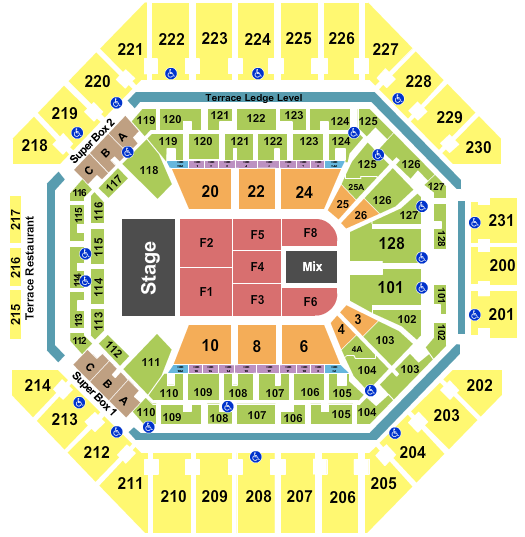 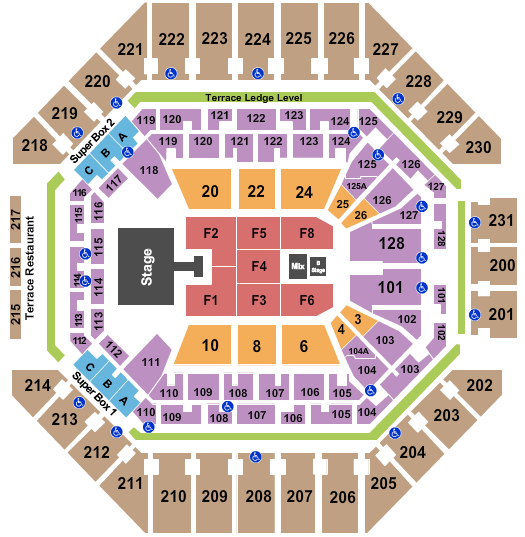 Q: What time do doors open at AT&T Center?

A: Doors typically open anywhere between 90 minutes to 2 hours prior to showtime at AT&T Center. Be sure to check the listing on your ticket as showtimes will vary.

A: The San Antonio Spurs are the home team at the AT&T Center.