The ballpark has four different levels and holds 41,900 in total. Disability seating and services are widely available. A wide range of concessions is also available throughout the venue that can accommodate any diet. While it is located fairly near the center of town, few restaurants or bars are nearby.

To get there, head west on Interstate 94 from downtown Milwaukee and turn off on Miller Park Way. You can also easily reach the venue from the Milwaukee County Transit System or on foot or bicycle via the Hank Aaron State Trail. Parking is also widely available around the stadium, and tailgating is permitted in every lot.

If you’re planning to tailgate, keep in mind that lots open three hours prior to the game. There is no reentry, and all tailgating activities need to shut down 30 minutes after the game begins. Before you can enter the stadium, you will have to pass a security checkpoint. Items such as outside alcohol, cans, hard-sided containers, glass and laser pointers are prohibited.
American Family Field - Baseball 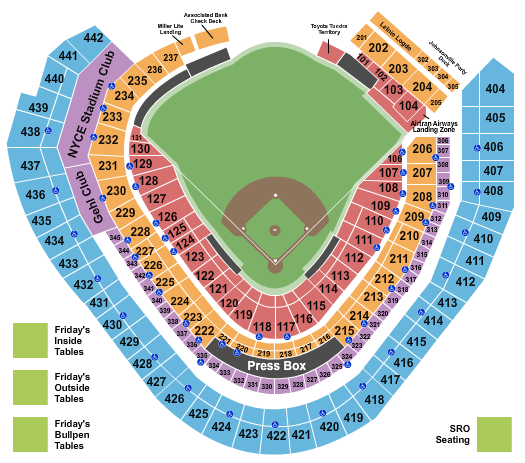 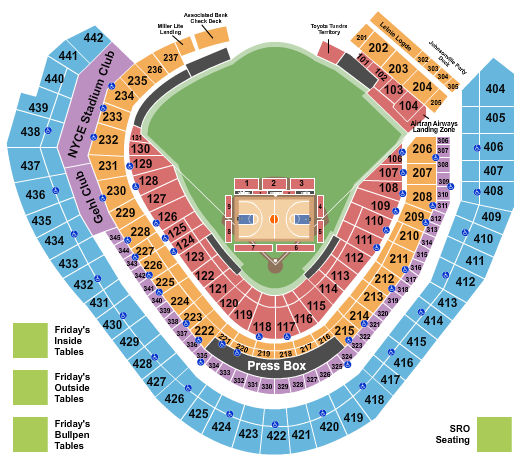 Q: What time do doors open at American Family Field?

A: Doors typically open anywhere between 90 minutes to 2 hours prior to showtime at American Family Field. Be sure to check the listing on your ticket as showtimes will vary.

A: The Milwaukee Brewers are the home team at the American Family Field.