Update 3/19/2020: Country-pop superstars Dan + Shay have shared rescheduled dates for their "Arena Tour," now set to include performances throughout July and August! Check out a full list of updated dates and stops below.

Where are Dan + Shay playing near me?

Original Article: Calling all Dan + Shay fans! The country duo have announced plans for their massive “Arena Tour,” bringing the “10,000 Hours” hitmakers to stages across the US starting next spring!

The 37-date “Arena Tour” gets underway March 6 at Nashville, TN's Bridgestone Arena and will set out to hit cities coast-to-coast including Tulsa, New York, Orlando and Denver before wrapping up with a final performance in Tacoma, WA on October 31.

The trek will include 16 dates in March and April before taking a five-month-long break, picking back up in mid-September.

No opening act has been confirmed as of yet but be sure to check back here for any updates!

Country-pop duo Dan + Shay (Dan Smyers and Shay Mooney) first stepped into the spotlight in 2013, capturing country fans’ attention with their inherent sweetness that set them apart from the bro-country that had been dominating the mainstream. Early hits like “Nothin’ Like You,” “From the Ground Up,” and “How Not To” sent the duo straight to the top of Billboard’s country charts between 2015 and 2016, cementing their status as one of the most popular country acts to emerge from the decade. In 2019, Dan + Shay took home their first Grammy Award for their multi-platinum, chart-topping single “Tequila” off their third full-length album, Dan + Shay. The group has released a total of three studio albums over the course of their young and successful career, including their chart-topping debut Where It All Began (2014) and Obsessed (2016). 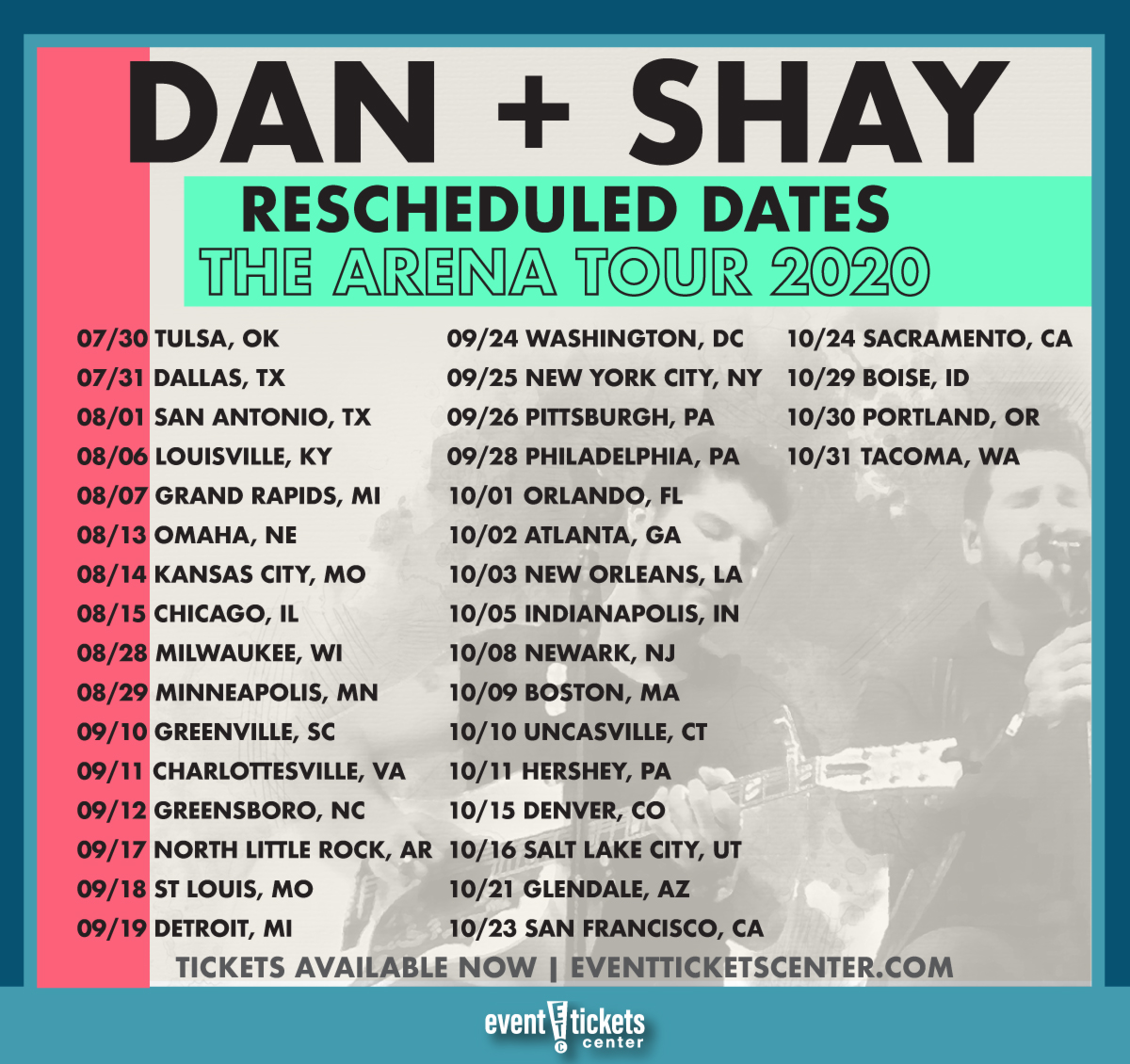