The Black Crowes Reunite for 2020 Trek

The Black Crowes are reuniting and hitting the road in 2020 in honor of the 30th anniversary of their debut album, Shake Your Money Maker, marking their first live shows in over six years!

The massive 46-date tour kicks off June 17 in Austin, TX and will see the rockers hit stages in cities including West Palm Beach, Nashville, Mansfield, and Chicago before wrapping up with a final performance in Los Angeles, CA on September 19.

“I think this is pure. We went off into a lot of things. There’s no jamming,” Chris Robinson shared in an upcoming interview. “There’s no extraneous stuff. This is the purest Black Crowes that people first [heard] …I hope we reconnect with some people who lost their way with us because of all of our other sh—t we were doing.”

Shake Your Money Maker dropped in February 1990, peaking at number four on the Billboard 200 and spawning four Top 10 hit singles on the Mainstream Rock Chart.

“It’s always been our band and it’s funny through all the trajectory of the good and the bad — the joy and the frustrations,” Chris shared. “[Rich and I] were laughing, saying the one thing [we] can always agree on is, Shake Your Money Maker’s a good record.”

Where are the Black Crowes playing near me?

Who are the Black Crowes?

Rock group the Black Crowes was formed in 1984 by high school students and brothers Chris and Rich Robinson. The group was signed to their first record label in 1989, releasing their mega-hit debut album Shake Your Money Maker the following year, boasting a sound that echoed classic rock and debuting at the number four spot on the Billboard 200. The Southern Harmony and Musical Companion followed in 1992, bringing with it continued success and reaching the top of the Billboard 200. Over the next nine years, The Black Crowes would release four additional albums before entering their first hiatus. They reunited three years later in 2007, playing a handful of shows and returning to the studio for Warpaint in 2008. Before the Frost… Until the Freeze arrived one year later, marking their final release before going on hiatus again. In January 2015, Rich Robinson broke the news that the band would be parting ways again, this time for good. In 2019, the band announced plans to join forces once again, plotting an extensive tour in honor of the 30th anniversary of their debut album. The Black Crowes have sold over 30 million albums worldwide. They have remained one of the most popular bands in rock ‘n’ roll despite several lineup changes and hiatuses over the course of their career. 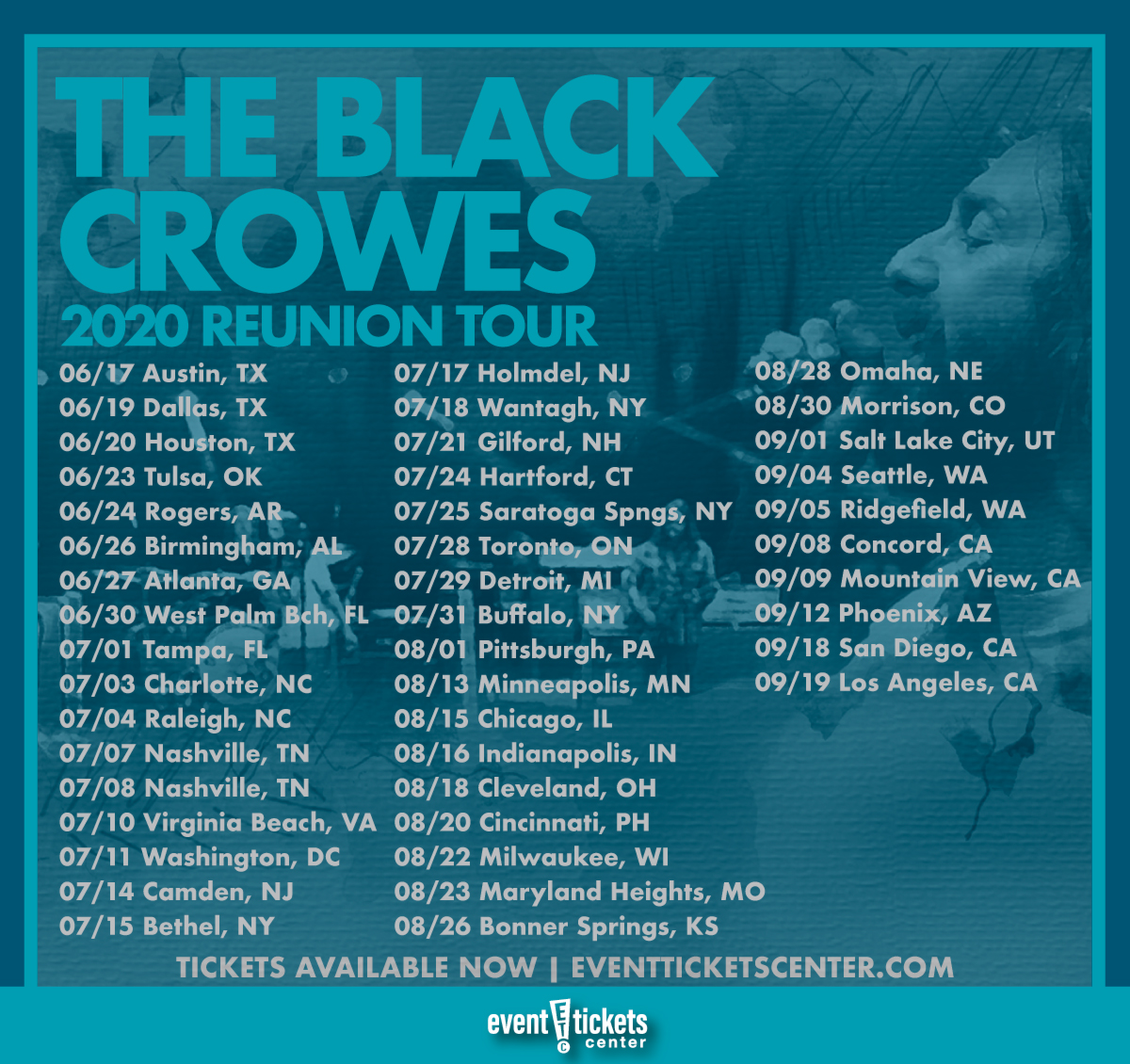