Guns N' Roses have added a North American leg to their extensive 2020 touring schedule, bringing the iconic rockers to stages across the US this summer!

The new dates kick off with a 4th of July show at Summerfest in Milwaukee and will go on to hit cities including Philadelphia, Chicago, Los Angeles, and Tampa before wrapping up with a final performance in Missoula, MT on August 26.

Guns N’ Roses played their first gig of the new year as part of the Super Bowl Music Fest in Miami over the weekend.

Where are Guns N’ Roses playing near me?

Who are Guns N’ Roses?

Rock and Roll Hall of Famers Guns N’ Roses stepped onto the scene in 1985. They made their mainstream breakthrough two years later with the release of their wildly successful and critically acclaimed debut album, Appetite for Destruction, demanding audiences’ attention with their dueling guitars and distinct vocals from frontman Axl Rose. Appetite for Destruction reached number one the Billboard 200 on the strength of top 10 singles “Welcome to the Jungle,” “Paradise City,” and the number one “Sweet Child ‘O Mine.” The album’s success would serve as a sign of things to come for the group, whose subsequent releases would all debut within the Top 5 of the Billboard 200 chart over the course of their 30+ year career. GNR have sold more than 100 million records worldwide, including 45 million in the US alone, making then one of the best-selling acts of all time. They are credited with bringing raw and rebellious rock and roll back to the top of the charts in a time when popular music was dominated by dance and pop-metal. 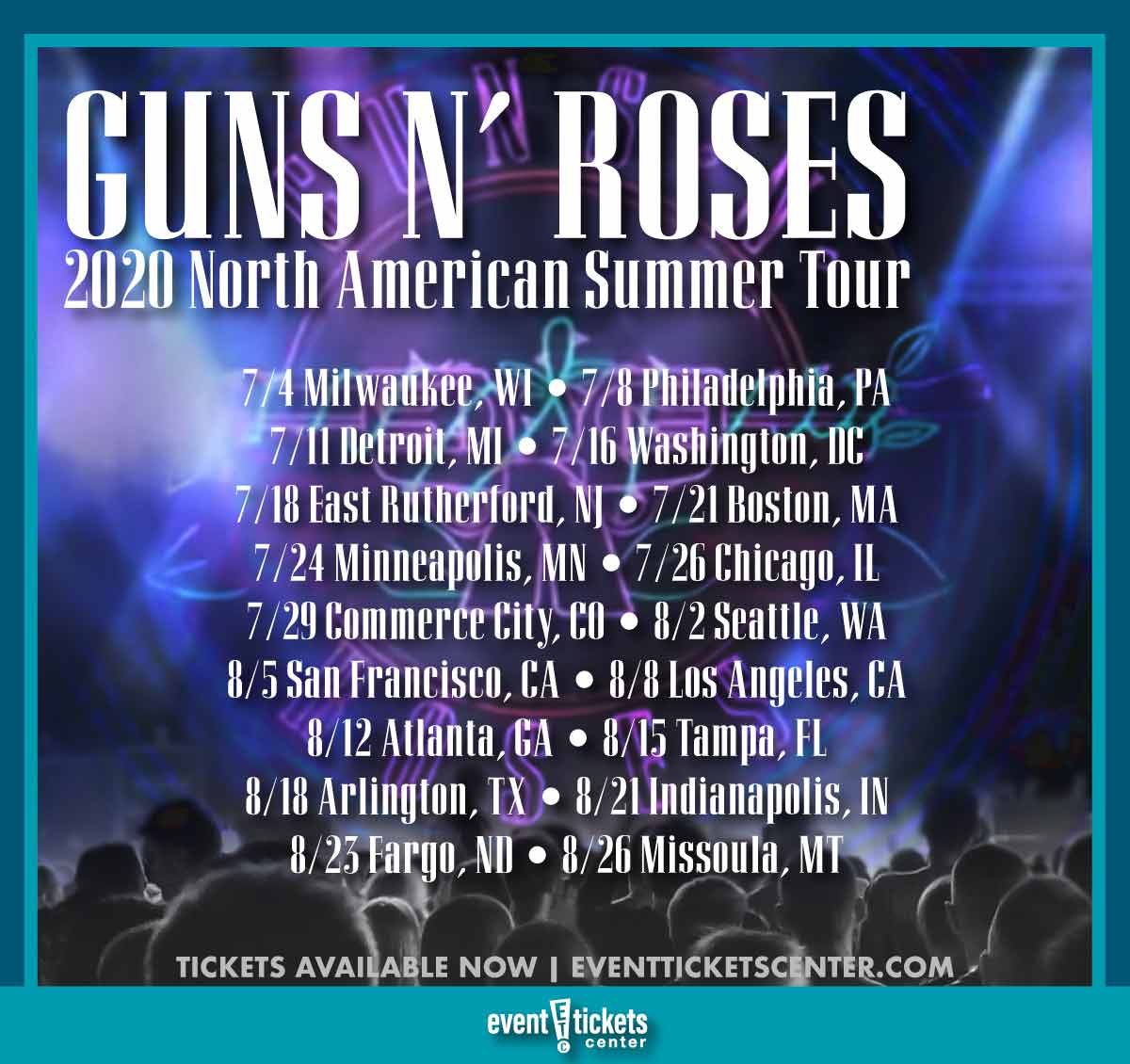