Trans-Siberian Orchestra announced they’ll be back on the road this holiday season with their famous annual winter tour, this year dubbed “Christmas Eve and Other Stories”!

The 2019 trek kicks off in November and will, as usual, include two touring iterations of the band, allowing for shows to take place in multiple cities on the same day. The tour is set to hit a total of 66 cities with a total of 109 performances between November 13 and December 30, including stops in Denver, Kansas City, Nashville, Jacksonville, Philadelphia, and Chicago.

The “Christmas Eve and Other Stories” tour will bring to life the band’s 1996 debut album of the same name, featuring enhanced special effects and new staging. The album is what sparked the band’s tradition of their annual holiday tour.

"We are all so excited to bring 'Christmas Eve and Other Stories' back this year," TSO’s musical director Al Pitrelli shared in an interview. "It’s been eight years since we last performed it and I promise it will be our most amazing show ever. Not only amazing musically and visually, but for a lot of us on and off the stage, emotionally. This is what put Trans-Siberian Orchestra on the map and has made the show so many families’ holiday tradition."

Where is the Trans-Siberian Orchestra Playing Near Me?

What is the Trans-Siberian Orchestra?

The Trans-Siberian Orchestra is a symphonic-metal ensemble that took the world of Christmas music by storm in 1996. Founded and led by the late producers, composer, and lyricist Paul O’Neil, TSO captured audiences’ attention by putting a fresh new twist on traditional holiday favorites, boasting a sound heavily influenced by the likes of Pink Floyd, The Who, Yes, and Led Zeppelin.

The band’s rise to fame was unusually fitting, becoming the first rock group to skip over the club/bar/opening act that so many others enter before breaking through to the mainstream. Known for their larger-than-life live performances, TSO’s audiences are immersed in a multi-sensory experience, featuring incredible light shows with lasers and pyrotechnics. The group has sold more than 10 million albums and have cemented their status as one of the top touring acts in the world, having played to over 100 million people in 80+ cities and selling more than $280 million worth of tickets. 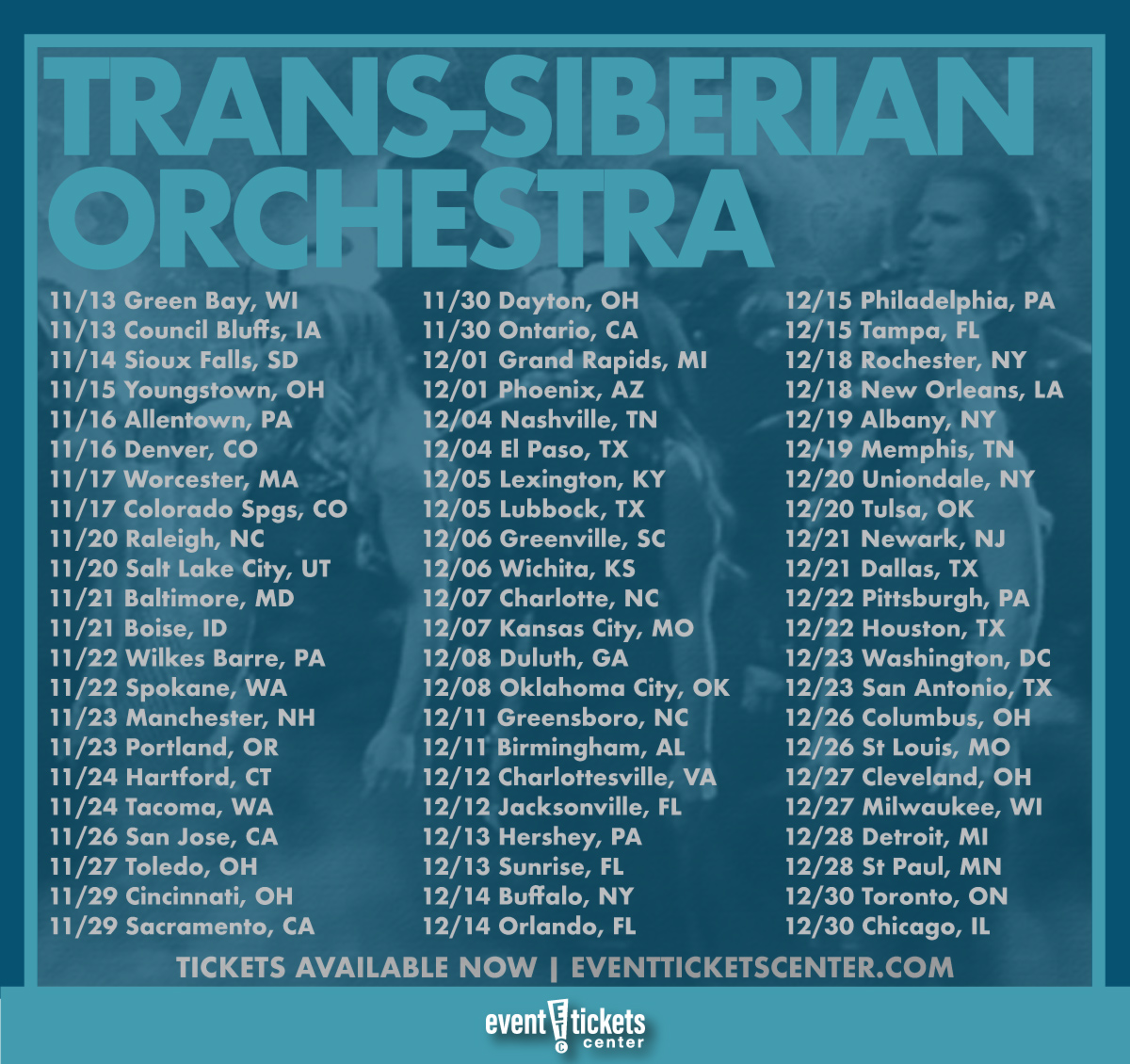