The Doobie Brothers and former frontman Michael McDonald will unite in 2020 for an extensive North American tour to celebrate their 50th anniversary.

The 30-date tour kicks off June 9 in West Palm Beach, FL and will travel coast-to-coast hitting cities including Raleigh, Chicago, Salt Lake City, and Phoenix, wrapping up with a final performance in Houston, TX on October 10.

Tom Johnston, Patrick Simmons, Michael McDonald, and John McFee will be touring together for the first time in nearly 25 years on the upcoming trek.

McDonald initially joined the band in 1975 and remained in the lineup until 1982, appearing on four albums and several hit singles including 1978’s “What a Fool Believes.”

“We’re truly excited about our 50th Anniversary Tour, as it’s a celebration of the band’s entire history,” singer/guitarist Tom Johnston shared in a statement. “We’ll be performing songs from our full catalog, as well as new music.”

Where are the Doobie Brothers playing near me?

Who are the Doobie Brothers?

The Doobie Brothers emerged in the 1970s, quickly establishing themselves as one of the most popular California pop/rock outfits of the decade. Over the course of their career, the Doobie Brothers’ sound evolved, initially starting out with a mellow boogie band vibe and transforming into a soul-influenced pop sound thanks to the addition of frontman Michael McDonald in 1975. The group reached the height of their success in the 1970s, parting ways in 1982 with the departure of McDonald. They reunited in 1987, with Tim Johnston filling in his previous roll of frontman over the course of the next few decades. The Doobie Brothers have sold over 40 million albums worldwide throughout their five decades in the spotlight. Their history has been broken down into three eras, with each incarnation emphasizing vocal harmonies, leading to their Vocal Group Hall of Fame induction in 2004. 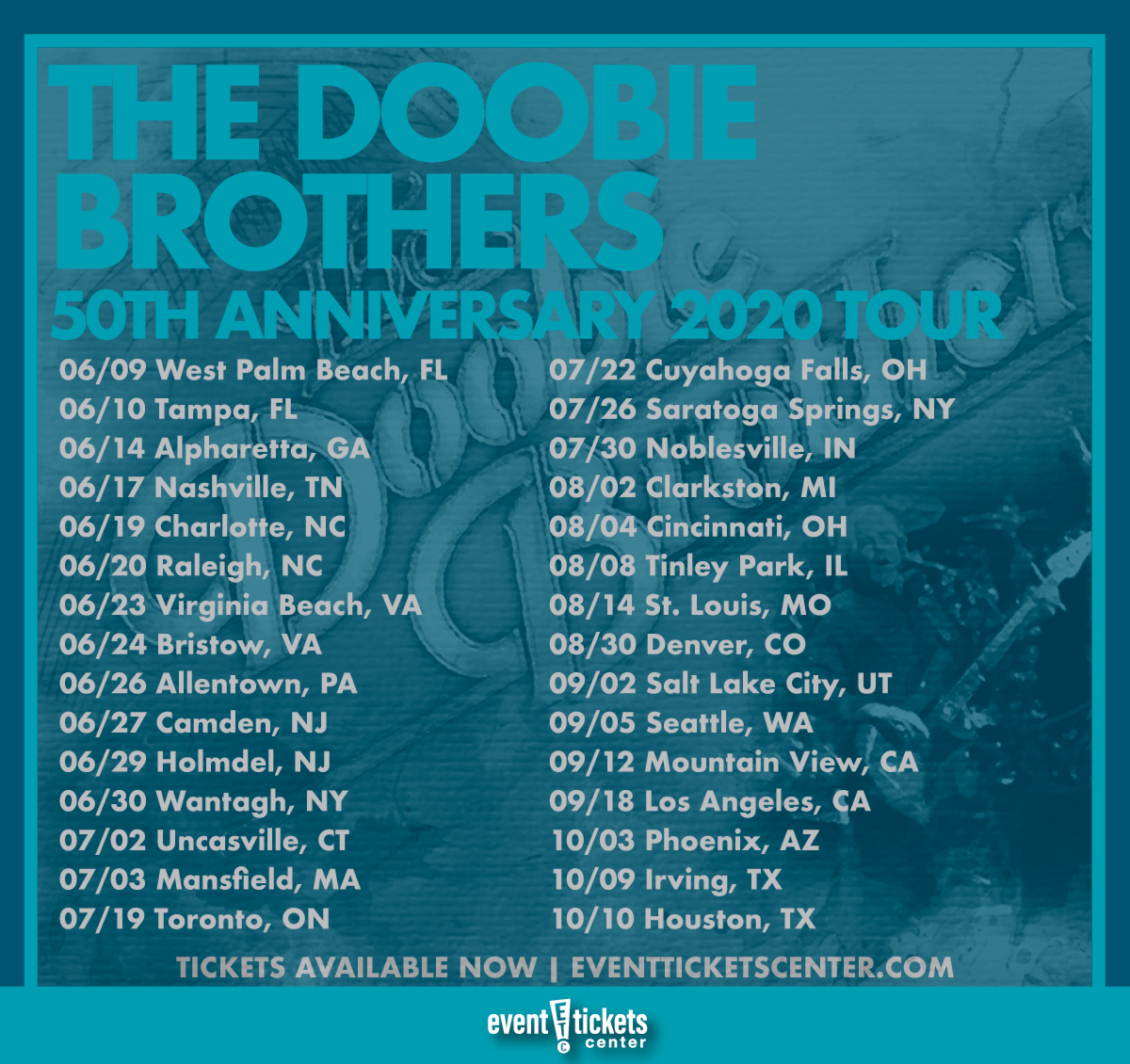