The unstoppable Miranda Lambert is hitting the road once again in 2020, announcing the all-new “Wildcard Tour” set to hit stages across the US early next year!

The coast-to-coast trek kicks off January 16 in Tupelo, MS and will hit cities including Nashville, Salt Lake City, Tulsa, and Dallas before closing out with a final performance in Fresno, CA on February 27.

The upcoming run of shows will be in support of her forthcoming seventh studio album of the same name and will feature fellow country stars Cody Johnson, Lanco, Randy Rogers Band, and Parker McCollum as opening acts on select dates.

Wildcard is due for release on November 1.

Where is Miranda Lambert playing near me?

May 5 — London, ON @ Budweiser Gardens

May 7 — Oshawa, ON @ Tribute Communities Centre

May 8 — Ottawa, ON @ Canadian Tire Centre

Who is Miranda Lambert?

Country superstar Miranda Lambert first stepped into the spotlight in 2003, finishing in third place on the tv competition series Nashville Star. Lambert quickly proved she was more than just a runner-up, releasing her debut album Kerosene in 2005 and instantly shooting to the top of the charts. The album was certified platinum in the US, spawning hit singles like “Me and Charlie Talking,” “Bring Me Down,” “Kerosene,” and “New Strings,” each of which reached the Top 40 of the Billboard Hot Country Songs Chart. Lambert would continue her reign over the top of the charts with subsequent releases Crazy Ex-Girlfriend (2007), Revolution (2008), Four the Record (2011), and Platinum (2014), the latter of which earned the singer a Grammy Award for Best Country Album. The Weight of These Wings followed in 2016, earning Lambert another platinum certification. 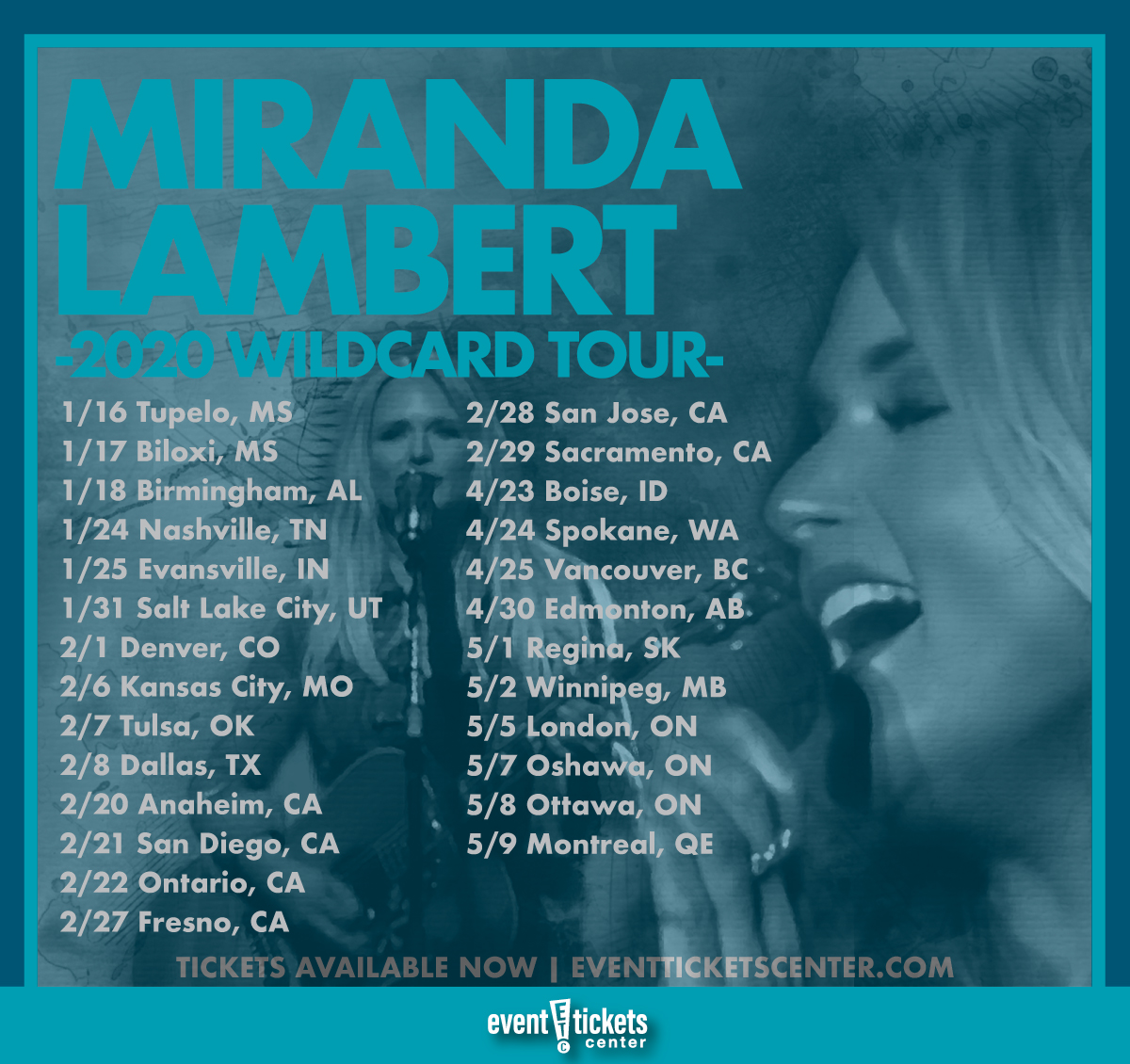