Daryl Hall & John Oates are gearing up to hit the road this year! The iconic pop-rock duo has revealed plans for an extensive North American tour, coming to a stage near you this summer.

Following a series of sporadic dates, the proper tour gets underway May 29 in Los Angeles, CA and will see the guys hit the stage in cities including Austin, Chicago, Pittsburgh, and Atlanta before wrapping things up with a final performance in Gilford, NH on September 2.

Hall & Oates will focus their set on their catalog of mega pop hits, including “Private Eyes,” “Rich Girl,” “Maneater” and “You Make My Dreams.”

“I feel a professional responsibility to play the songs that people want to hear,” Oates says. “They are the songs that have made us who we are. We have a lot of them. The only problem is we have too many of them, but that’s a problem that many artists would love to have.”

Rockers Squeeze and KT Tunstall will serve as support on select dates throughout the 36-date trek.

Where are Daryl Hall & John Oates playing near me?

Jun. 3 – Portland, OR @ Theater of the Clouds at Moda Center

Who are Daryl Hall & John Oates?

Daryl Hall & John Oates, often referred to as simply Hall & Oates, are a pop-rock duo who achieved their greatest success from the mid ‘70s to the mid ’80s. With Hall generally serving as the lead vocalist and Oates primarily on guitar, the two have sold an estimated 40 million records worldwide, making them the best-selling music duo in history. Hall & Oates are best known for their six number-one hit singles, "Rich Girl," "Kiss on My List," "Private Eyes," "I Can't Go for That (No Can Do)," "Maneater," and "Out of Touch.” They have charted several other Top 40 hits, including singles “You Make My Dreams,” “She’s Gone,” “Say It Isn’t So,” and “Sara Smile.” In total, they have charted 34 hits on the Billboard Hot 100, scoring seven platinum certified albums, with another six albums earning gold. Hall & Oates have been Songwriters Hall of Fame inductees since 2003. In 2014, they were inducted into the Rock and Roll Hall of Fame, and two years later, they earned a star on the Hollywood Walk of Fame. 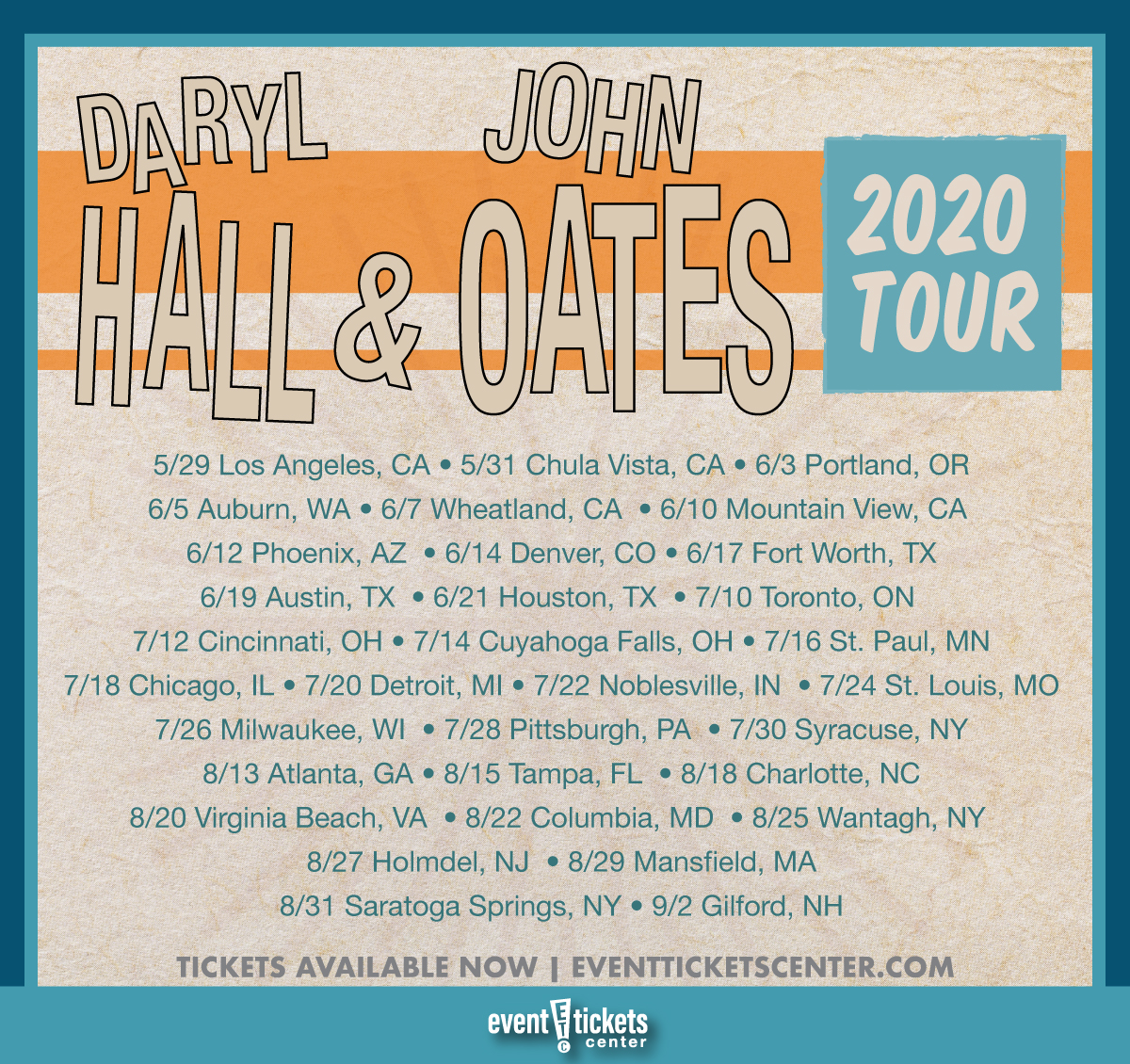