2018 is the year of the farewell tour and so it goes for the largest traveling music festival, Vans Warped Tour. Producer and founder Kevin Lyman has announced that Vans Warped Tour has run its course and the 24th year will be its last.

The farewell tour begins on Jun 21 in Pomona, CA and ends with the final show in West Palm Beach, FL on Aug 5. The lineup for the Tour, presented by Journeys, will be announced this Thursday, March 1st.

Citing the growing number of competing festivals among the reasons for the Tour's end, Lyman is hopeful that the spirit will live on. On the upcoming shows, Lyman has shared: "I truly am happy to get the chance to travel around the country one more time to thank you for your support, and bring you another best day ever."

What is the Vans Warped Tour?

Founded by Lyman in 1995 as an eclectic alternative rock festival with a focus on punk rock, over the years the tour has grown to feature a variety of genres, including metal, hip hop, reggae, pop and more.

Its earned a reputation for a place to experience emerging acts and to learn more about non-profits and companies with a mission to affect positive change in the world.

Since its start in 1995, Vans Warped Tour has also provided a platform for established artists as well, with past performers including Blink 182, No Doubt, Sublime, Beck, Katy Perry, NOFX, Limp Bizkit, Black Eyed Peas, Green Day, Eminem, Yellowcard, Bad Religion, and many others. 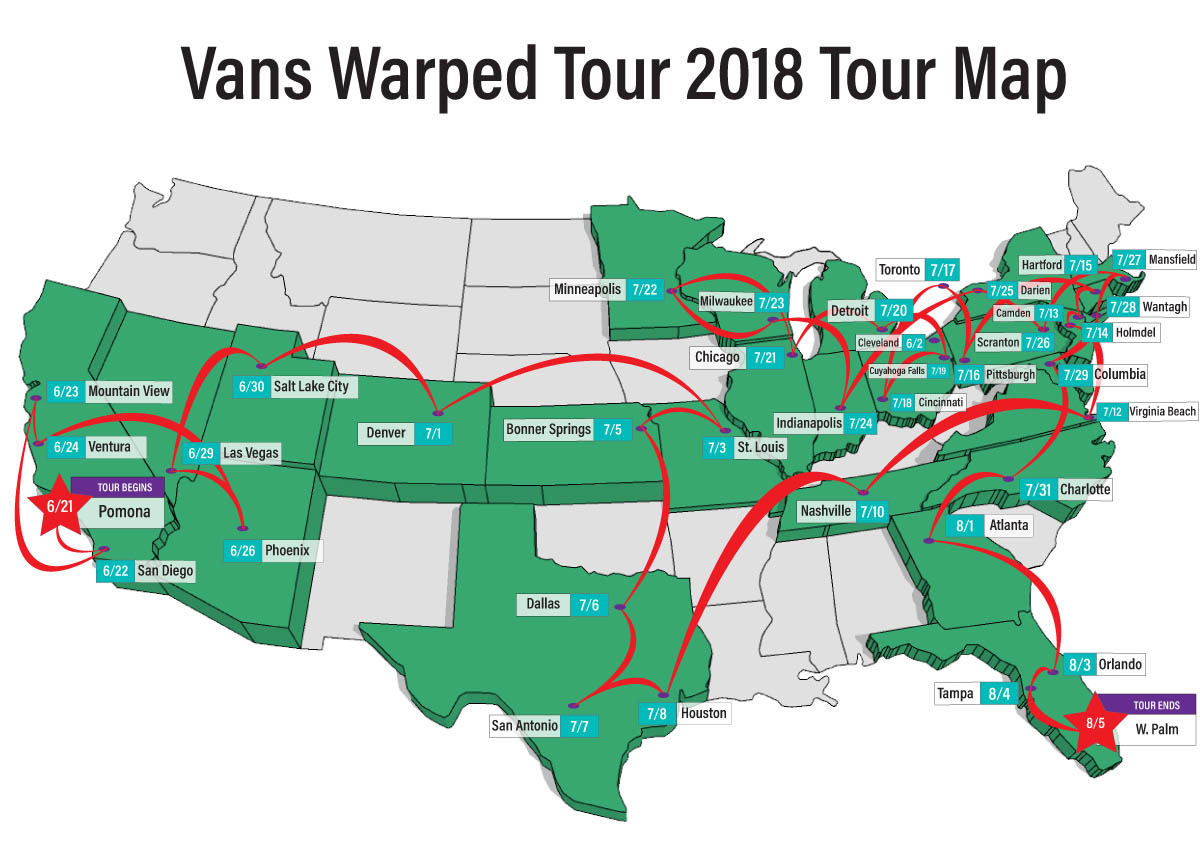 Where is the Vans Warped Tour coming near me?