Good news for Twenty One Pilots fans - The "Bandito Tour" is far from over as the duo reveal 18 new stops across the US this fall!

The month-long trek kicks off October 9 in Tampa, FL and will include stops in cities like Atlanta, Philadelphia, Denver, and San Diego. A final performance in Tulsa, OK will wrap things up November 9.

The “Bandito Tour” is in support of the duo’s critically acclaimed fifth album Trench, which hit shelves in 2018 and quickly went gold in the US. The album has since sold over a million copies worldwide.

Where are Twenty One Pilots playing near me?

Who are Twenty One Pilots?

Ohio-based alt/hip-hop group Twenty One Pilots formed in 2009 by high school friends Tyler Joseph, Nick Thomas, and Chris Salih. The band quickly garnered a massive loyal following across Ohio and the Midwest thanks to a relentless touring schedule and interactive social media, self-releasing their debut EP in December 2009. 2011 saw the departure of Thomas and Salih, with Joseph recruiting drummer Josh Dun shortly after, transforming the group into a musical duo and creating the lineup as we know it today. The band made their mainstream breakthrough in 2015 with the release of their fourth album Blurryface, spawning several chart-topping singles including “Stressed Out,” “Heathens,” and “Ride.” Blurryface would go on to become the first album in history to have each track receive at least a gold certification from the RIAA. Twenty One Pilots have released a total of five studio albums, including their most recent release Trench in 2018. 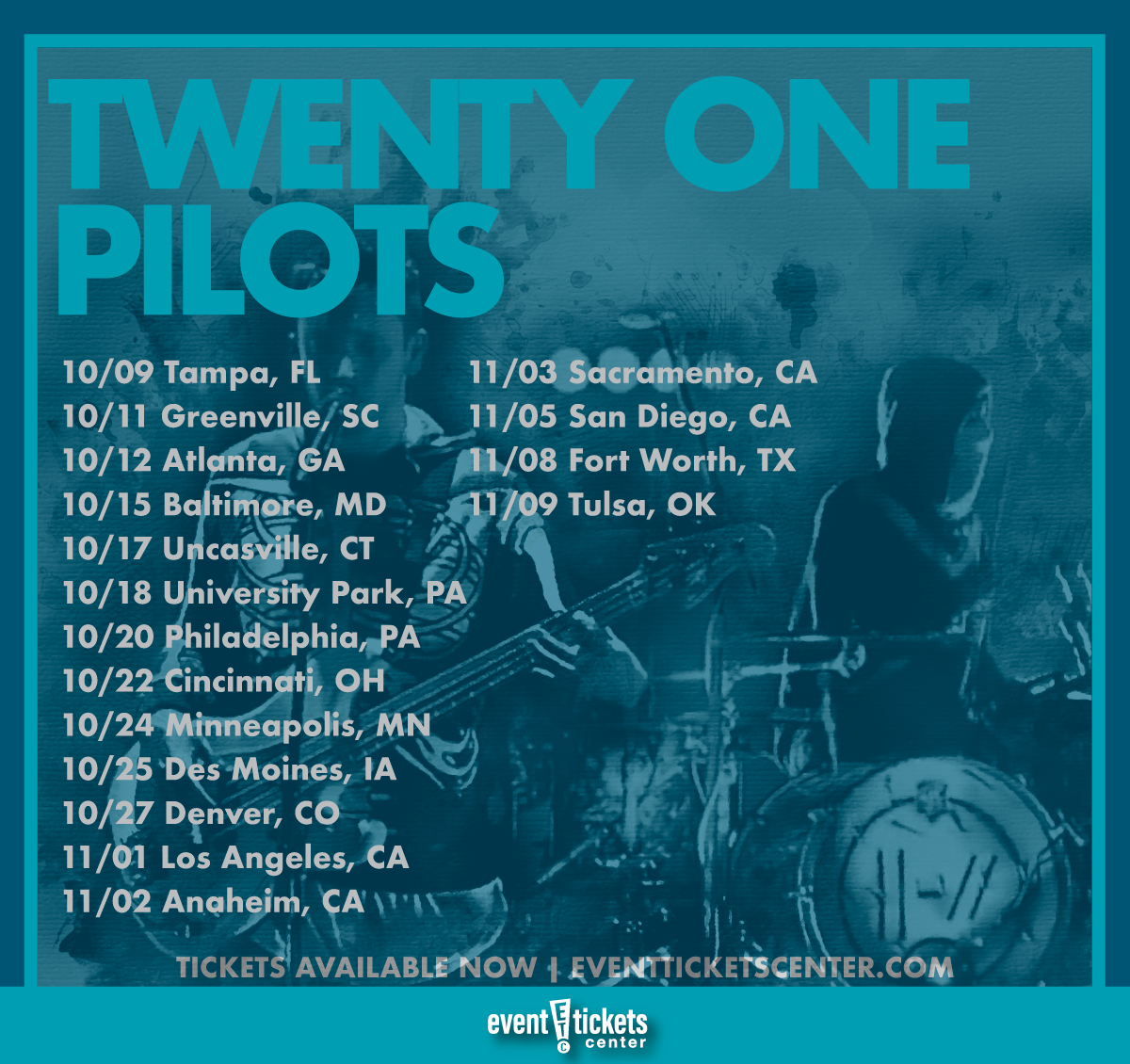