Roger Waters This Is Not a Drill Tour – Dates & Tickets

Roger Waters is hitting the road once again, this time for a massive North American summer trek dubbed the This Is Not a Drill Tour!

The 31-date jaunt kicks off July 8 in Pittsburgh, PA and will see Waters hit the stage in cities including Boston, Orlando, Chicago, and Los Angeles before wrapping things up with a final performance in Dallas, TX on October 3.

Waters promises the tour will be an all-new experience for fans, this time in the round. He discussed the tour in a video announcement, which also featured him rehearsing “Comfortably Numb,” “Sheep,” and his solo track “The Powers That Be” alongside members of his band.

“This tour will be part of a global movement by people who are concerned by others to affect the change that is necessary,” Waters said in the video. “That’s why we’re going on the road. That’s why speak to each other in pubs. That’s why this conversation should be on everybody’s lips, constantly, the whole time, because it’s super important. So I hope you’ll all come to the shows. This is not a drill.”

Where is Roger Waters playing near me?

Browse Roger Waters This Is Not a Drill tickets now.

Who is Roger Waters?

English musician Roger Waters rose to fame as the co-founder, bassist, vocalist, lyricist, and conceptual leader of iconic prog-rock group Pink Floyd. Pink Floyd achieved international success with the release of concept albums The Dark Side of the Moon, Wish you Were Here, Animals, and The Wall. By the time the 1980s rolled around, they had become one of the most commercially successful and critically acclaimed groups in popular music. Waters left Pink Floyd in 1985 due to creative differences, going on to pursue a solo career and releasing a total of five studio albums. He has toured extensively as a solo act since the 1990s, and in 1990 staged one of the largest rock concerts in history with The Wall – Live in Berlin, which garnered a crowd of 450,000 concert goers. Waters was inducted to the Rock and Roll Hall of Fame as part of Pink Floyd in 1996. 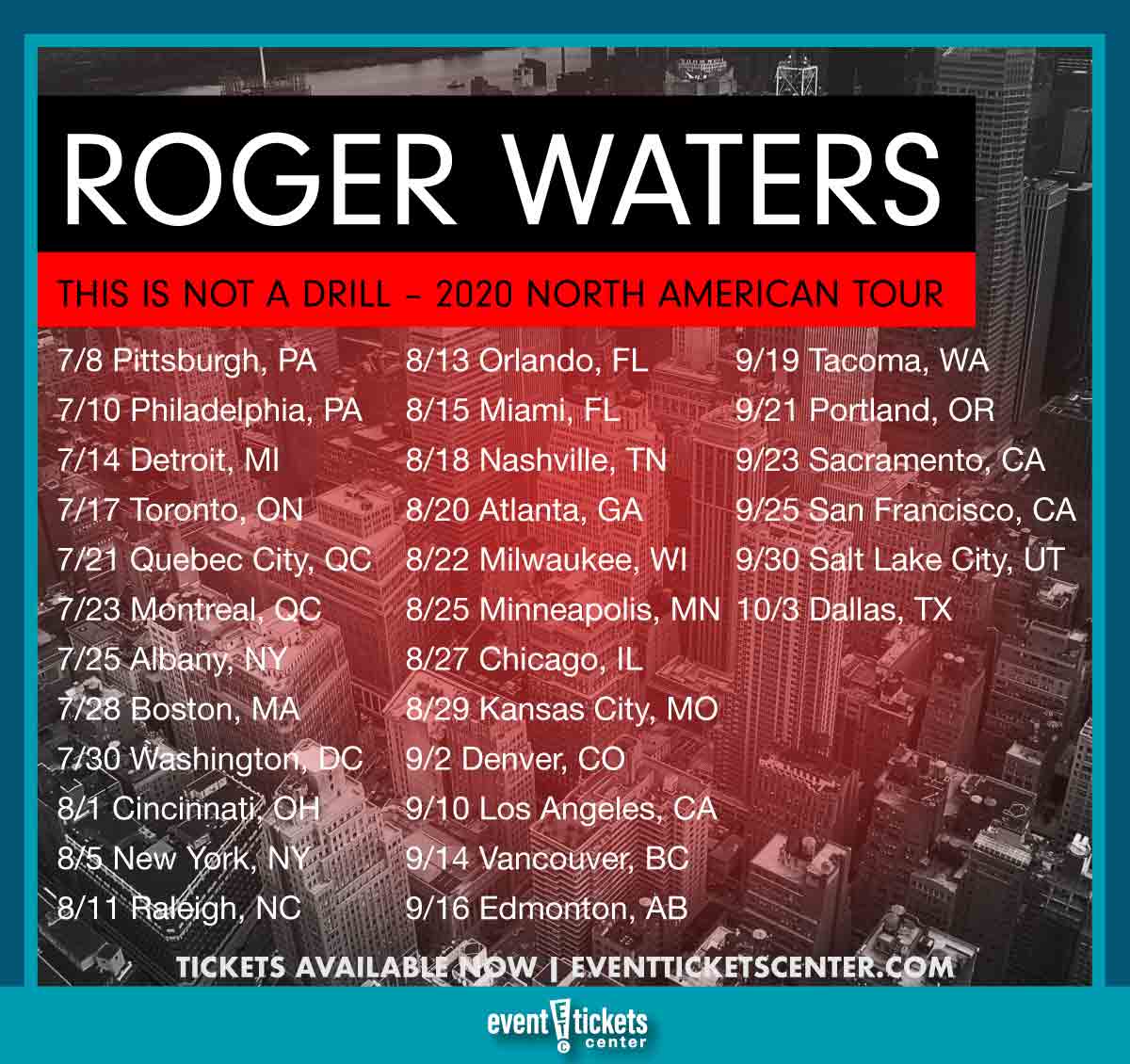