Update 4/2/2020: Luke Combs has shared a handful of rescheduled stops on his What You See Is What You Get Tour. Stops originally scheduled for spring 2020 have been moved to the fall, including Albuquerque, Las Cruces, Corpus Christi, Houston, and Colorado Springs. Check out a full list of upcoming stops below!

Where is Luke Combs playing near me?

Original Article: Luke Combs is on a roll! The country hit-maker has announced yet another US tour (he’s currently still on the road for the “Beer Never Broke My Heart” trek), with new dates scheduled to kick off in early February!

The all-new “What You See Is What You Get Tour” gets underway February 7 in Columbia, MO and will see Combs hit the stage in cities including Lexington, Grand Rapids, Colorado Springs, and Corpus Christi before wrapping up April 25 in Houston, TX.

Fellow country acts Ashley McBryde and Drew Parker will serve as opening acts at all 10 shows.

The newly announced tour will be in support of the Combs’ upcoming second album What You See Is What You Get, following the singer’s wildly successful debut This One’s for You and its This One’s for You Too deluxe edition, as well as this summer’s EP The Prequel.

What You See Is What You Get is due out November 8.

Who is Luke Combs?

With a winning sound that incorporates elements of classic country and southern soul, Luke Combs stepped into the spotlight in 2014. The young artist skyrocketed to the top of the charts with the release of his debut album This One’s For You in 2017, spawning several smash-hit singles like “Hurricane,” “When It Rains,” “She Got The Best Of Me,” “Beautiful Crazy,” and “One Number Away,” each of which reached the number one spot on the Country Airplay Chart. Combs would become the first artist to ever have five number ones with his first five single releases. The album eventually earned a 2x platinum certification from the RIAA, with Combs going on to earn the CMA award for Best New Artist in 2018, cementing his status as one of Nashville’s biggest stars seemingly overnight. His second full-length album, What You See Is What You Get, is due for release in late 2019. 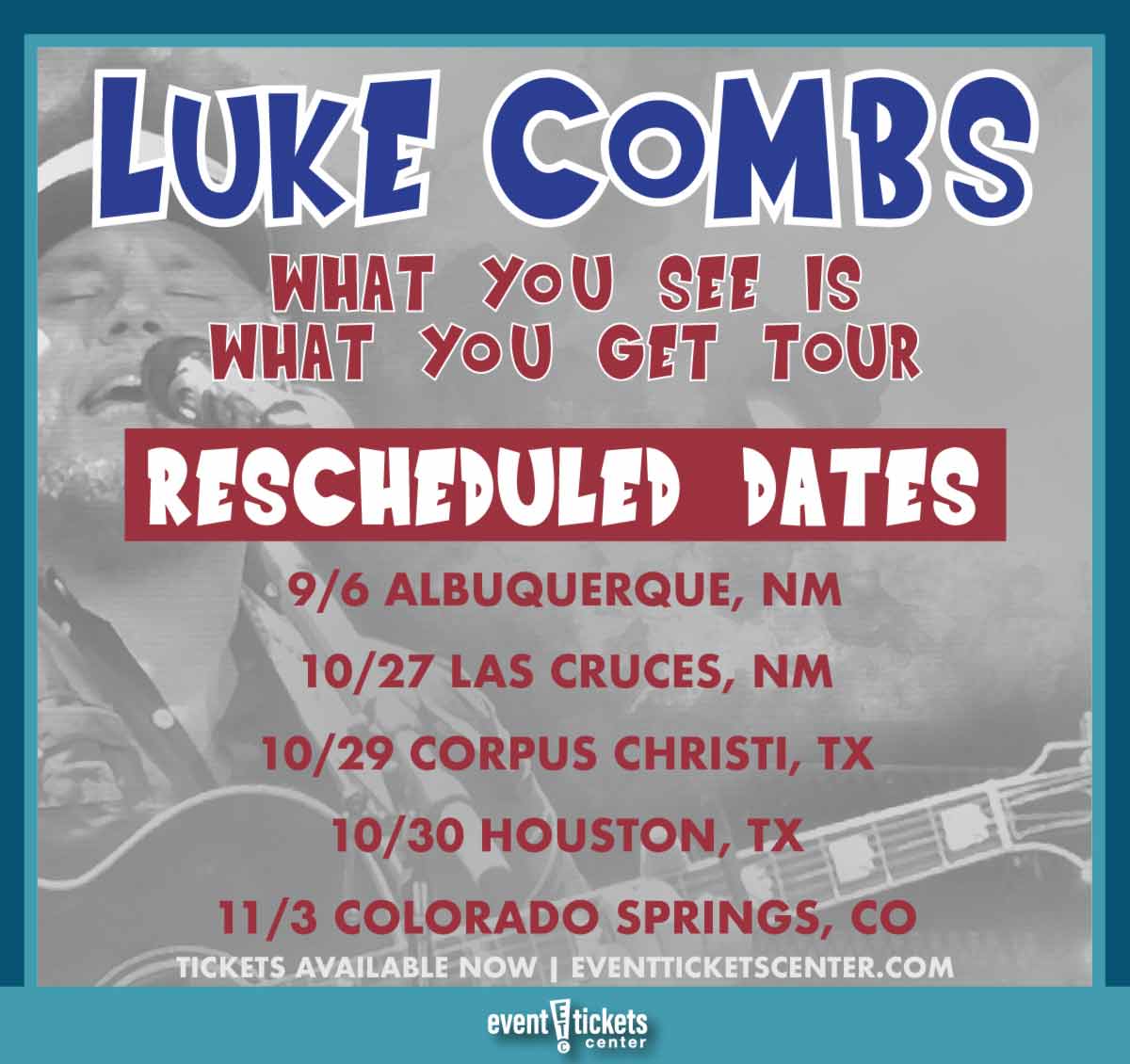