Jennifer Lopez is officially back in action and hitting the road in true pop-icon style for a 24-city birthday celebration!

The newly announced “It’s My Party: The Live Celebration” gets underway July 7 in Phoenix, AZ and will see JLo hit the stage in cities across North America including Atlanta, San Antonio, Chicago, and New York. A final performance at Miami's AmericanAirlines Arena will bring the festivities to an end on July 26.

Lopez revealed the exciting news while appearing as a guest on Ellen, sharing that she’s ready to ring in her milestone 50th birthday in a big way. The upcoming run of shows will serve as her first trek in over six years since 2012’s “Dance Again World Tour,” which featured Enrique Iglesias as her co-headliner on the American tour dates.

“It’s My Party: The Live Celebration Tour” will also feature the “World of Dance Experience,” with surprise dance guest performances from Lopez’s friends on the NBC reality competition World of Dance, where she serves as both executive producer and judge.

Who Is Jennifer Lopez?

From Jenny from the Block to Iconic pop sensation and award-winning actress - Jennifer Lopez first stepped into the spotlight as a Fly Girl on the sketch comedy series In Living Color in 1991. She remained a regular cast member through 1993, when she decided to pursue a fulltime career in acting, making her breakthrough starring as the title role of the Selena biopic just a few short years later. The performance launched Lopez to stardom, making her the first Latin actress to receive over $1 million for a film and earning the rising star her first Golden Globe Award. The film’s massive success would lead to several other starring roles for Lopez, who would eventually establish herself as the highest-paid Latin actress in Hollywood.

Lopez made her musical debut with her first studio album On the 6 in 1999, propelling the Latin pop movement to the forefront of American music. J.Lo followed in 2001, releasing simultaneously with her romantic comedy The Wedding Planner, making Lopez the first woman to have a number one album and film in the same week. She has since released six additional studio albums, breaking several records along the way and continuously making appearances at the top of the charts with singles like “El Anillo” and “On the Floor,” the latter of which is regarded as one of the best-selling singles of all time.

JLo has sold an estimated 80 million records across the globe, making her one of the most influential Latin performers in the industry. Her momentous contributions to both the music and film industries have earned her countless prestigious awards, including a star on the Hollywood Walk of Fame, the Billboard Icon Award, and the Michael Jackson Video Vanguard Award, to name only a few. Lopez continues to deliver signature performances and chart-topping music to fans over 30 years after making her debut, cementing her status as one of the greatest artists and performers of our time. 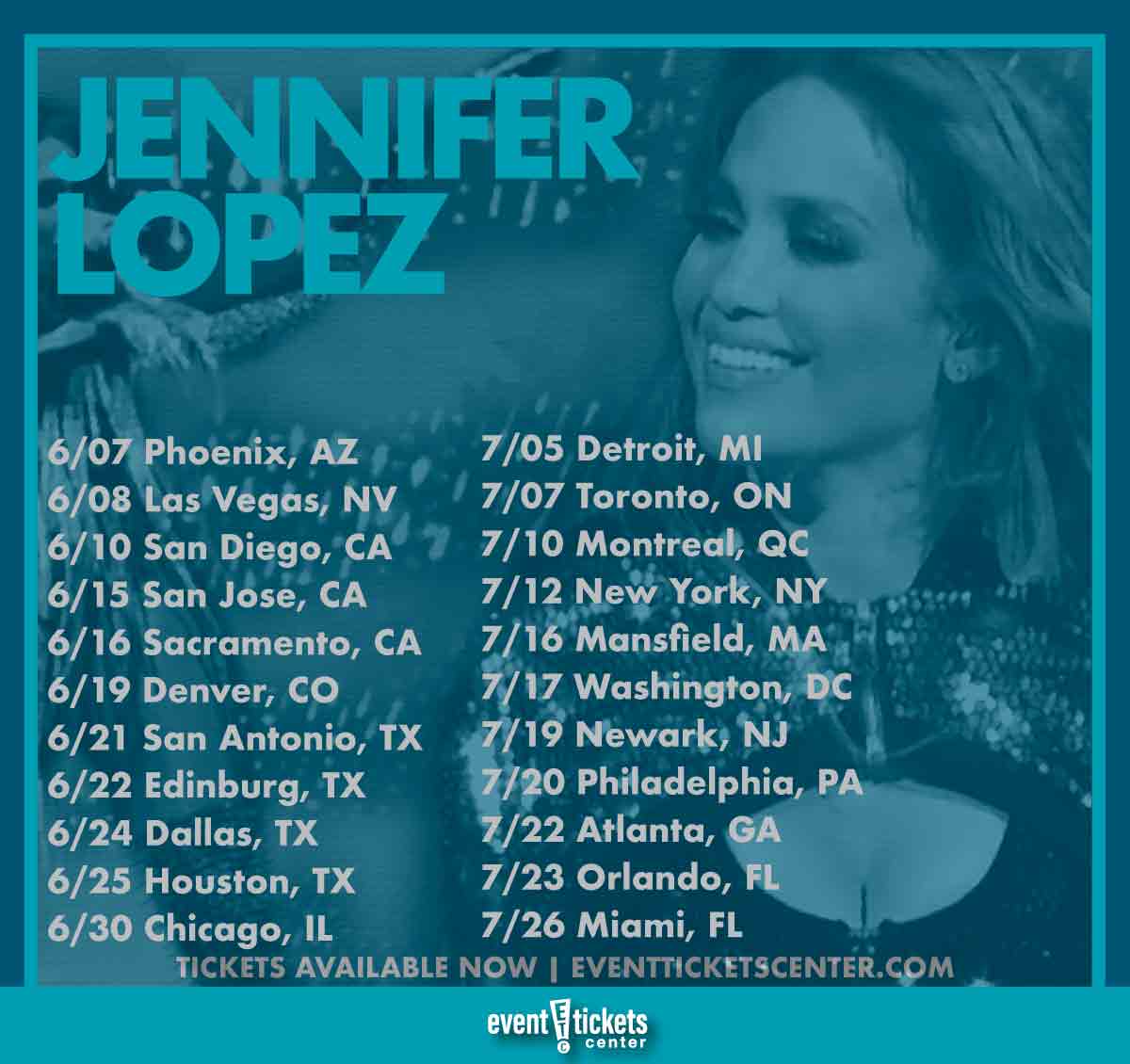 Where is Jennifer Lopez playing near me?