Bob Weir & Wolf Bros have announced a series of tour dates ahead of their appearance at the Santa Cruz Mountain Sol Fest this September!

Weir, alongside bassist Don Was and drummer Jay Lane (of Further and Weir’s RatDog), will hit the stage at Humphrey’s in San Diego on September 18 before setting out to make stops in Ventura on 9/20 and Napa on 9/21 (where they will play the all-new Oxbow RiverStage venue).

The trio is slated to hit the stage at the Santa Cruz Mountain Sol Festival in Felton, CA on September 22.

“Wolf Bros is something that really took its roots back in the spring of 2015 when Don Was came up to TRI [Tamalpais Research Institute] and helped us piece together Dead & Company,” Weir shared in an interview ahead of the trio’s first US tour, which kicked off last October. “For a while now I’ve been itchin’ to explore our songs in a trio setting.”

Wolf Bros shows include performances of songs from the Grateful Dead catalog as well as tunes from Weir’s own collection, featuring an upright bass, electric and acoustic guitars, and drums.

Where are Bob Weir & Wolf Bros playing near me?

Who is Bob Weir?

Bob Weir is best known as a founding member of legendary American rock band the Grateful Dead. Throughout the Dead’s 30-year career, Weir spent most of his time on the rhythm guitar, contributing his vocals to their rock and roll/country style tracks. His solo career began to take shape while still an active member of the band, releasing his debut album Ace in 1972.

Weir would go on to form his own side bands including the Bob Weir Band and Bobby and the Midnights. Following Jerry Garcia’s death in 1995, he formed the cover band RatDog, featuring Jay Lane on drums. Weir has participated in a handful of reformations of the Grateful Dead’s members over the last several years, most notably Further (alongside Phil Lesh), and Dead and Company, the latter of which includes former Dead members Mickey Hart and Bill Kreutzmann with John Mayer, Oteil Burbridge and Jeff Chimenti.

Weir cites a wide range of diverse artists including McCoy Tyner, John Coltrane, The Rev. Gary Davis and Igor Stravinsky as strong influences on his unique style and inspiration for experimenting with slide guitar techniques. In 2011, he founded a high-tech recording studio and virtual music venue called the Tamalpais Research Institute (TRI). The institute is used to stream live concerts online in high-definition. In 2016 he was awarded the Lifetime Achievement Award at the Americana Honors & Awards. Weir has been a Rock and Roll Hall of Fame inductee as part of the Grateful Dead since 1994. 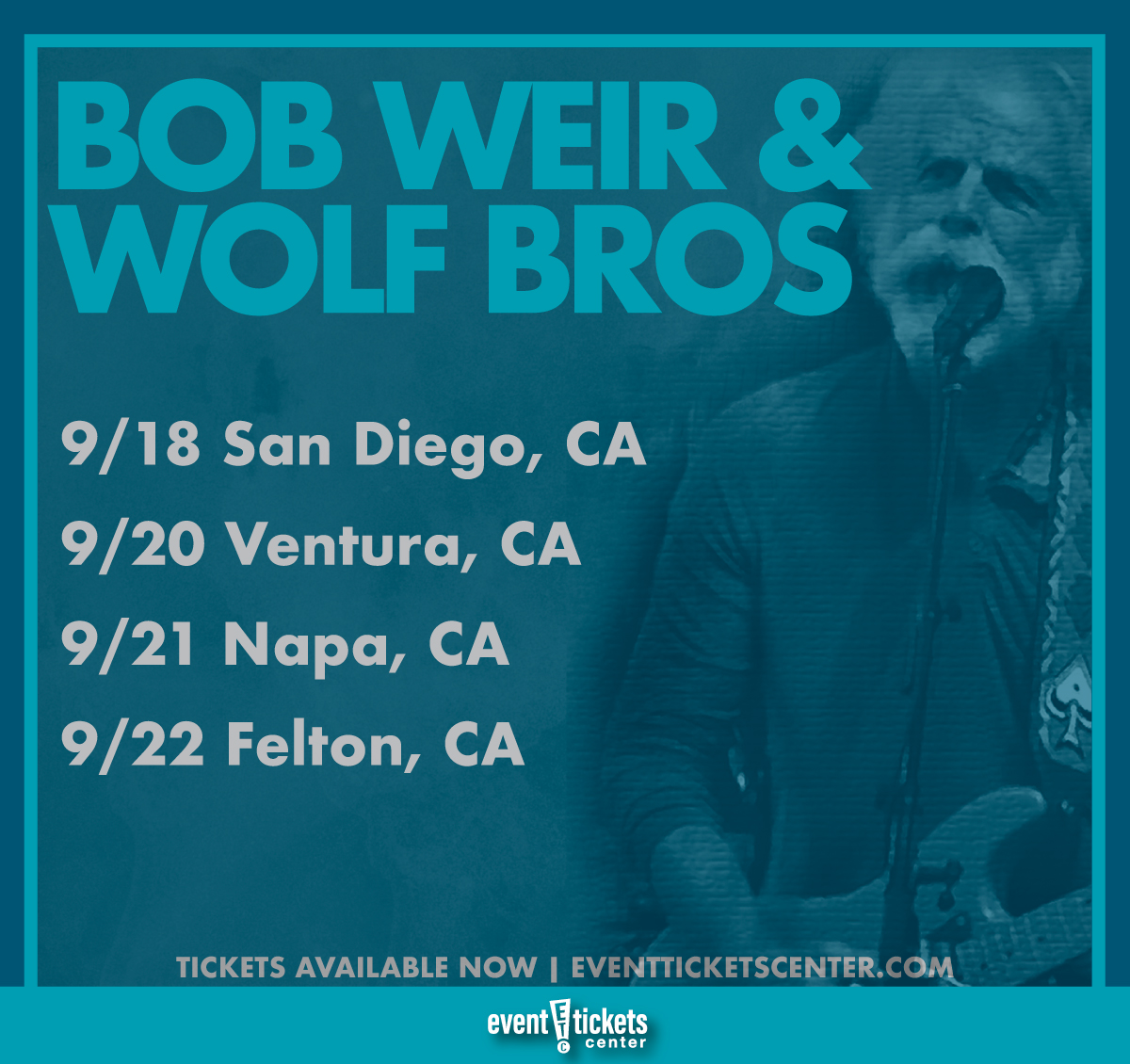