Tame Impala is hitting the road in 2020, and they're bringing along some well-known friends for the ride!

The band will set out for a brief run kicking off March 9 in San Diego, making stops in Los Angeles and San Francisco before heading south of the border for a final performance in Mexico City on March 19.

Tame Impala just wrapped a North American summer tour earlier this month, ending with a pair of shows in Denver on October 7 and 8.

The upcoming run of shows will be in support of their highly anticipated fourth album The Slow Rush, due out on Valentine’s Day.

Where are Tame Impala playing near me?

Who are Tame Impala?

Tame Impala is the guitar-heavy psychedelic rock project of Australian musician Kevin Parker. On the road, Parker is joined by touring band members Dominic Simper along with members of fellow Aussie group Pond, including Jay Watson, Cam Avery, and Justin Barbagallo. The group released their debut studio album Innerspeaker in 2010, earning widespread critical praise and earning a gold certification in Australia. Its 2012 follow-up Lonerism brought continued success, going platinum and earning Parker a Grammy nod for Best Alternative Music Album. Their third album, Currents, arrived in 2016, earning the ARIA Award for Song of the Year for the album’s mega-hit track “Let It Happen.” Their fourth album, The Slow Rush, is due to arrive in 2020. Tame Impala’s music is heavily influenced by late ‘60s/early ‘70s rock, incorporating various sound effects like phasing, delay, heavy reverb, and fuzz to achieve a psychedelic vibe. 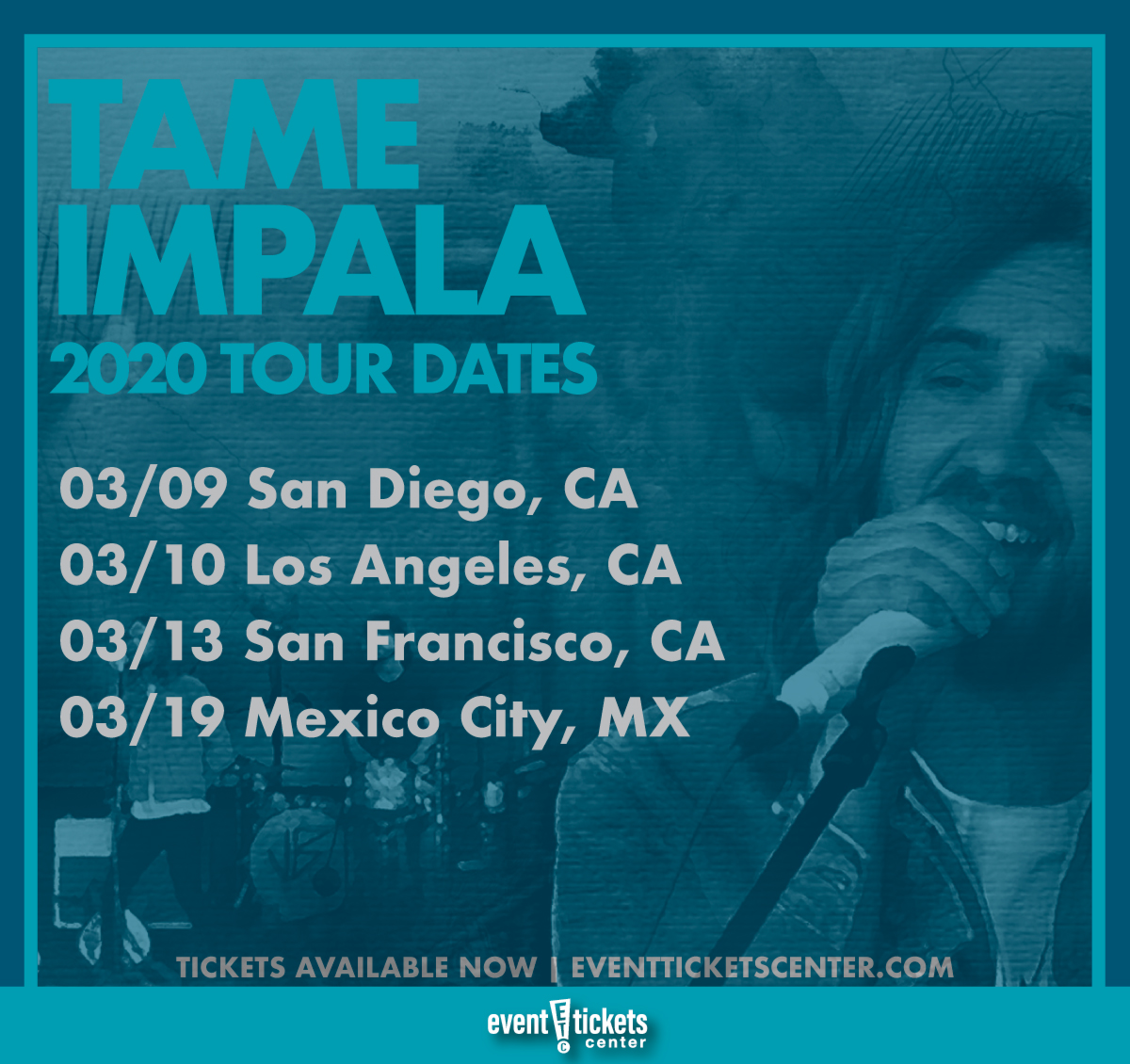