Prince Royce has revealed plans for a massive tour in support of his upcoming album Alter Ego, bringing the Latin pop star to stages across the US in 2020!

The trek gets underway March 4 with a performance in Seattle, WA and will set out to hit a slew of cities including Los Angeles, Houston, Chicago, and Miami. A final performance in Newark, NJ will bring the curtain down on May 16.

“I’m doing the biggest tour over 40 cities, it’s almost double the dates I did on my last tour and I’m really excited that I will visit places I’ve never been before,” Royce shared in a recent interview.

2020 promises to be a big year for the singer. In addition to releasing Alter Ego and embarking on his extensive tour to date, he will also be honoring the 10th anniversary of his self-titled debut album.

“This tour, for me, is about also visiting smaller cities. I really wanted to take my time, I’m here for my fans and I want to make it very memorable for me and my fans,” he shared.

Where is Prince Royce playing near me?

Who is Prince Royce?

Bachata singer Prince Royce emerged from New York City in 2008, breaking into the Latin pop mainstream two years later with his self-titled debut album. The album reached number one on the Billboard Top Latin Albums and Tropical Albums chart, producing two hit singles (“Stand By Me” and "Corazón Sin Cara") and earning the young star three awards at the Billboard Latin Music Awards in 2011. He released his sophomore album Phase II the following year, achieving even more success and earning a Latin Grammy nod for Best Tropical Fusion Album. Royce went on to release two additional studio albums including the Latin Grammy nominated Soy el Mismo and his fourth album, Double Vision, the latter of which marked his first primarily English release. His fifth album, Alter Ego, is set to arrive in 2020. 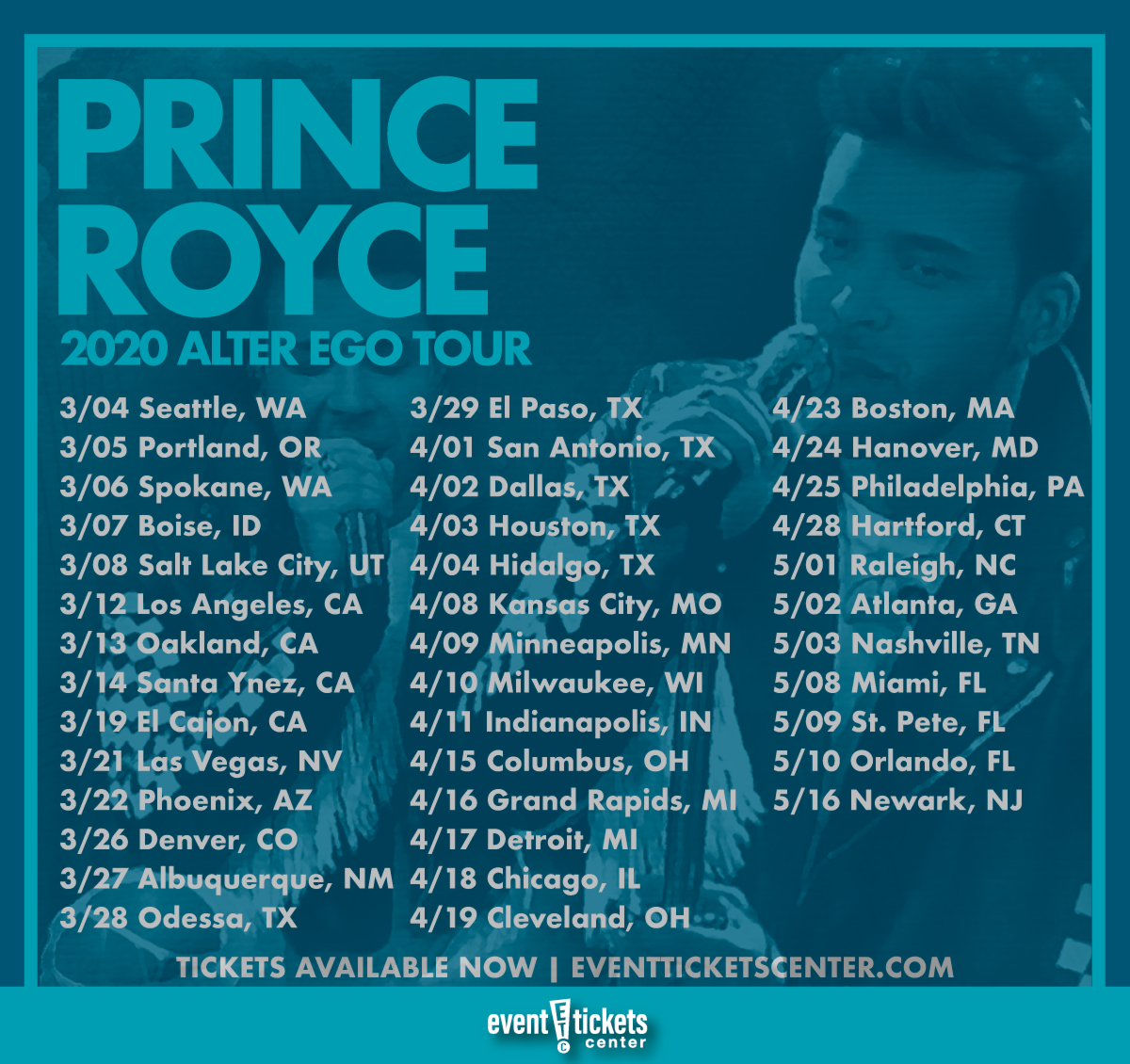