Big news James Taylor fans – the folk-rock icon has confirmed his first album in five years is set to drop next month, and he’ll be supporting it with an extensive North American trek kicking off this summer!

The 28-date American Standard Tour gets underway May 15 in New Orleans and will travel to cities nationwide including Salt Lake City, San Diego, Chicago, and Atlanta before wrapping up with a final performance in Camden, NJ on July 10.

American Standard will feature reimagined versions of timeless songs from the 20th century, making them characteristically James Taylor. The album will put a fresh spin on classics like Oklahoma!’s “The Surrey With the Fringe on Top,” Bing Crosby’s “Pennies from Heaven,” Audrey Hepburn’s “Moon River,” and many more.

“I’ve always had songs I grew up with that I remember really well, that were part of the family record collection - and I had a sense of how to approach, so it was a natural to put American Standard together,” Taylor shared. “I know most of these songs from the original cast recordings of the famous Rodgers and Hammerstein musicals, including My Fair Lady, Oklahoma, Carousel, Showboat and others.”

American Standard is due for release on February 28.

Where is James Taylor playing near me?

Who is James Taylor?

Folk-rock legend James Taylor made his mainstream breakthrough in 1970 with the release of his number three hit single, “Fire and Rain.” He achieved his first number one hit the following year with the release of “You’ve Got a Friend.” Taylor has released a total of 18 studio albums over the course of his record-breaking career, with each album released between 1977 to 2007 selling over a million copies. Taylor is best known for his hit covers including “How Sweet It Is (To Be Loved By You)” and “Handy Man,” as well as original tracks like “Sweet Baby James.” He is one of the best-selling music artists of all time, having sold more than 100 million albums worldwide. Taylor is a five-time Grammy Award winner, and has been a Rock and Roll Hall of Fame inductee since 2000. 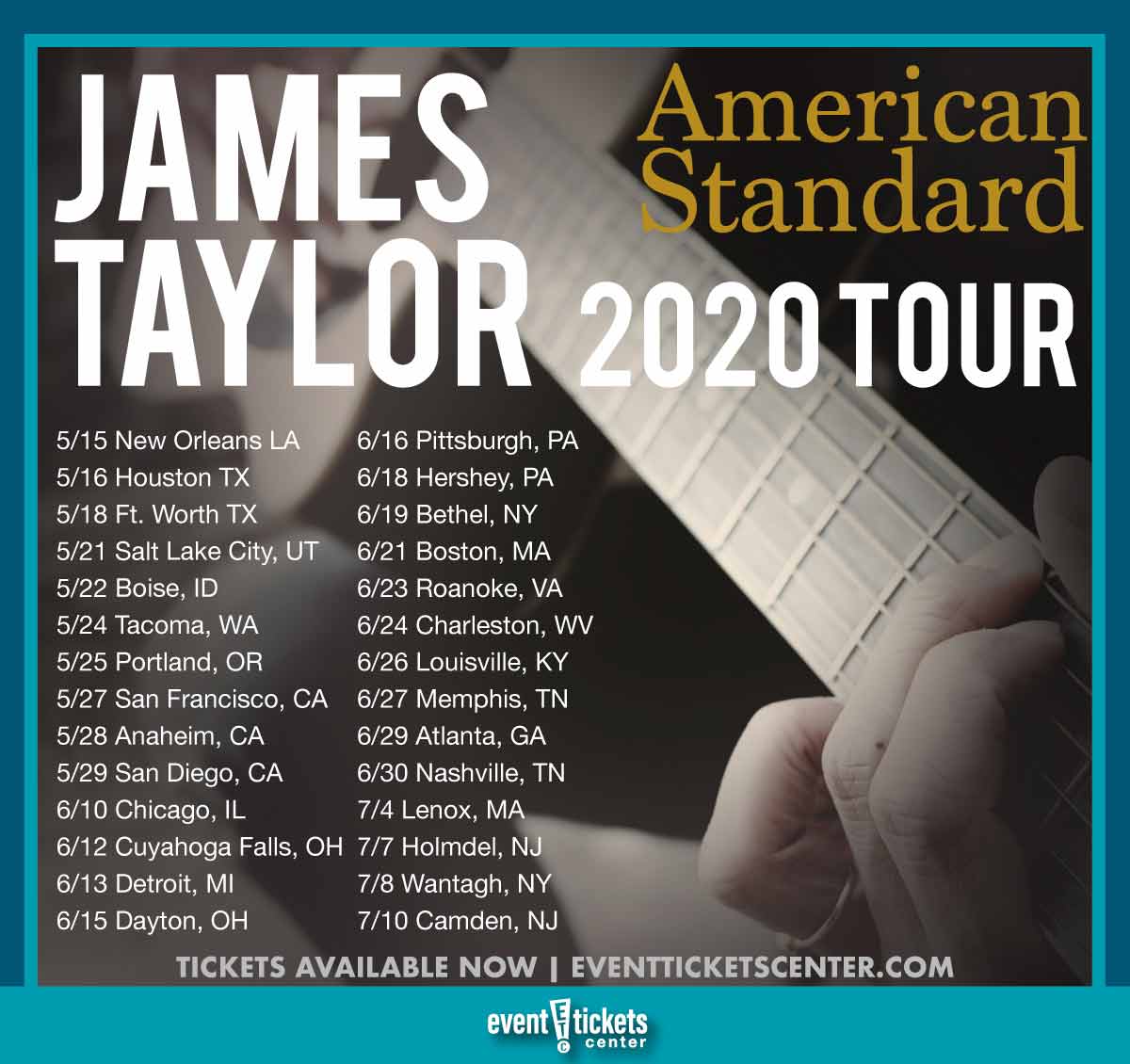