Ending its two-year Broadway run, A Bronx Tale gave its final performance at the Longacre Theatre on August 5. The musical had played a total of 29 previews and 700 regular performances at the time of its closing.

Directed by two-time Academy Award winner Robert De Niro and four-time Tony Award winner Jerry Zaks, A Bronx Tale made its Broadway debut in December 2016. Based on the critically acclaimed autobiographical play that inspired the now classic film, the musical tells the coming-of-age story of a young New York man who struggles with the choice of either giving in to the temptations of life in organized crime, or following the working-class family values of his loving father. A Bronx Tale was written by Chazz Palminteri, who starred in the film adaption and joined the Broadway production in May 2018.

A national tour is set to launch in October with a performance in Rochester, New York. The production will journey coast-to-coast, hitting a total of 20 cities including San Francisco, Denver, Fort Myers and Washington, DC. The tour will continue well into the new year with a final performance slotted for June 30 in New Haven, CT. 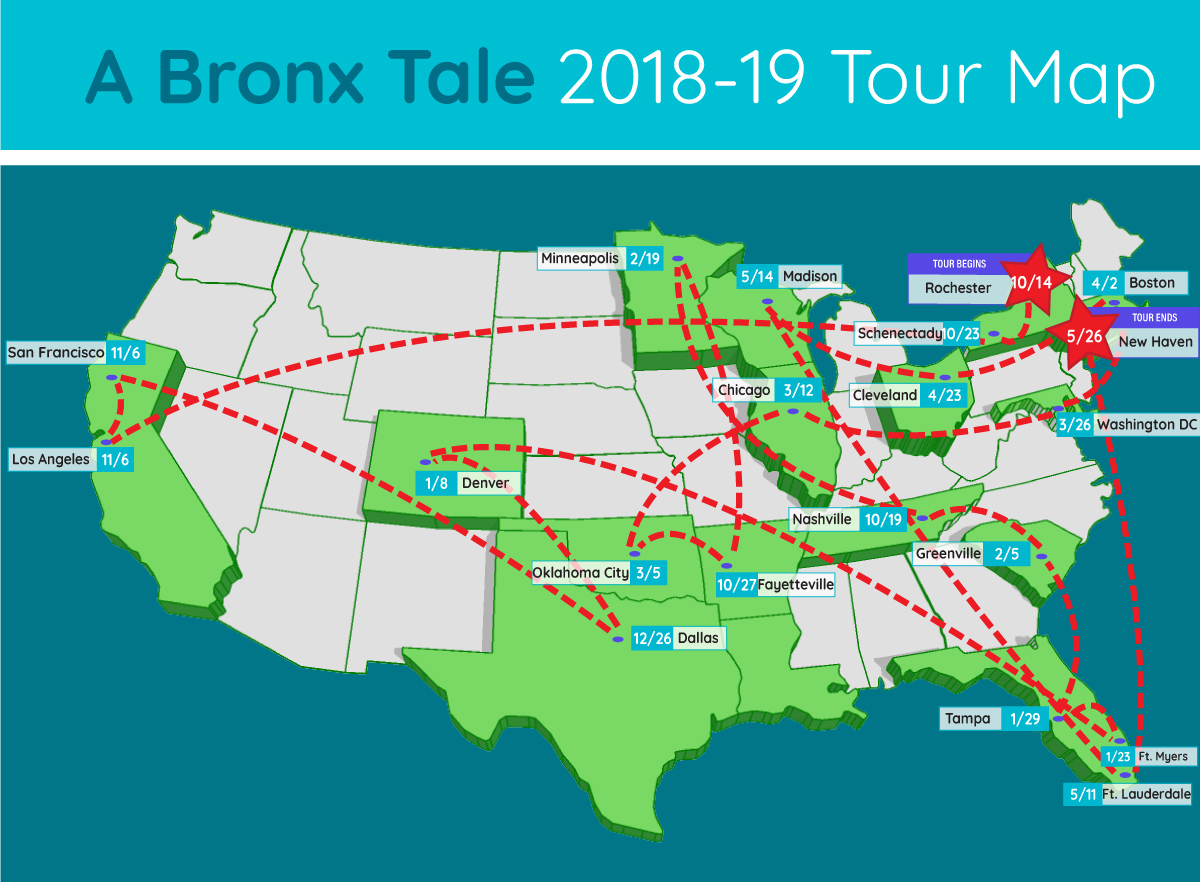 Is A Bronx Tale playing in your city? Check out the full A Bronx Tale schedule below to see when the tour comes to your state!